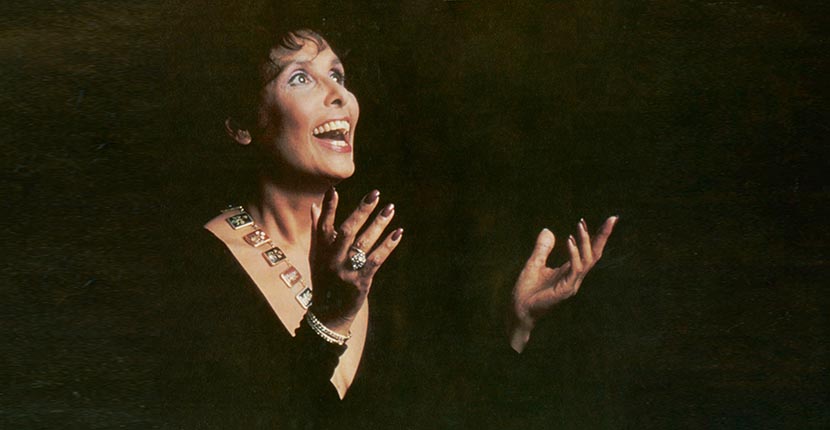 Lena Horne wearing her diamond bracelets among other jewels in a promotional image for her Broadway show around 1981. Photo courtesy

The legendary singer bought them for herself

If you don’t know who Lena Horne is get thee to You Tube and watch some of her performances. Stormy Weather was one of the singer’s signature numbers. I also love the duets Horne did with Dean Martin and Judy Garland. It doesn’t even matter that the quality of the videos isn’t great. The singing is stellar and her charm leaps off the screen. 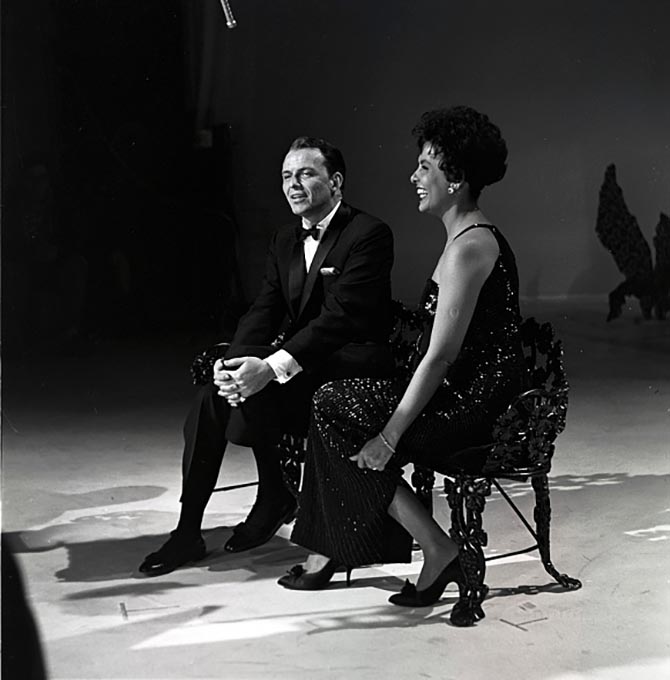 Born in 1917 in Brooklyn, New York Lena Horne appeared in several Hollywood movies during the 1930s through the mid-1940s until she was blacklisted for her political activism during the McCarthy era. Undaunted, Horne became a major nightclub performer and made best-selling records of her acts.

Throughout her life Horne was a dynamic civil rights activist. When she toured with the USO during World War II, she refused to perform for segregated audiences or groups in which German prisons of war were seated in front of black soldiers. She worked with First Lady Eleanor Roosevelt on anti-lynching laws and she attended the famous March on Washington in 1963 when Martin Luther King, Jr. gave his “I Have A Dream Speech” among many other things. 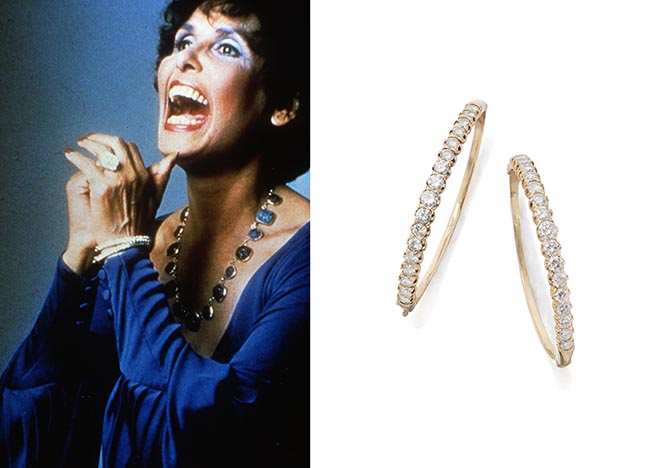 Lena Horne wore her diamond bracelets in the promotional images for her 1981 Broadway show. Photo courtesy and Sotheby’s

In the twilight of her career Lena Horne was still on top. She appeared as Gilda the Good Witch in the 1978 film, The Wiz starring Michael Jackson and Diana Ross. The crowning moment of the late period in her professional life was her Broadway revue titled “Lena Horne: The Lady and Her Music.” It was a must-see show in New York and later London. Elizabeth Taylor, Jackie Kennedy, Sammy Davis, Jr. and Shirley MacLaine were among the many stars in the audience to see the performance. 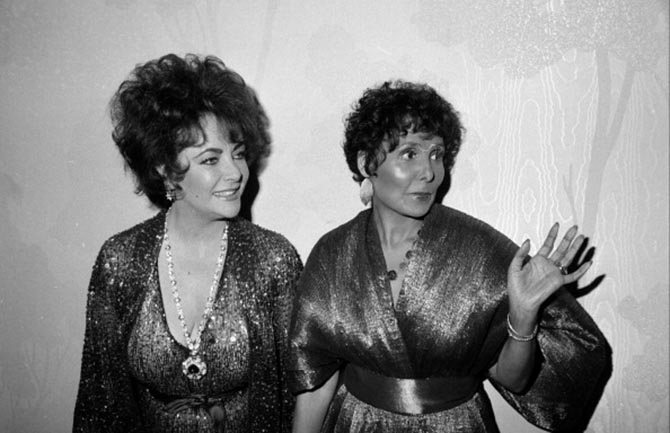 Elizabeth Taylor with Lena Horne who is wearing her diamond bracelets among other jewels. Photo Getty

A couple of Lena Horne’s signature diamond jewels that can be seen on her in photos taken backstage during the Broadway show and in the promotional shots as well as in image 1982 by Francesco Scavullo are being offered by Sotheby’s in New York on October 17, 2018. The hinged gold bracelets sparkle plenty with round slightly graduated old European-cut diamonds set across the front of the designs. The pieces are believed to have been acquired from the Burlington Arcade in London or A La Vieille Russie in New York. While it is not known exactly when or where Lena bought the jewels it has been confirmed that she did enjoy buying pieces for herself. The independence to self-purchase is no surprise from the super talent who was a tower of strength throughout her life. 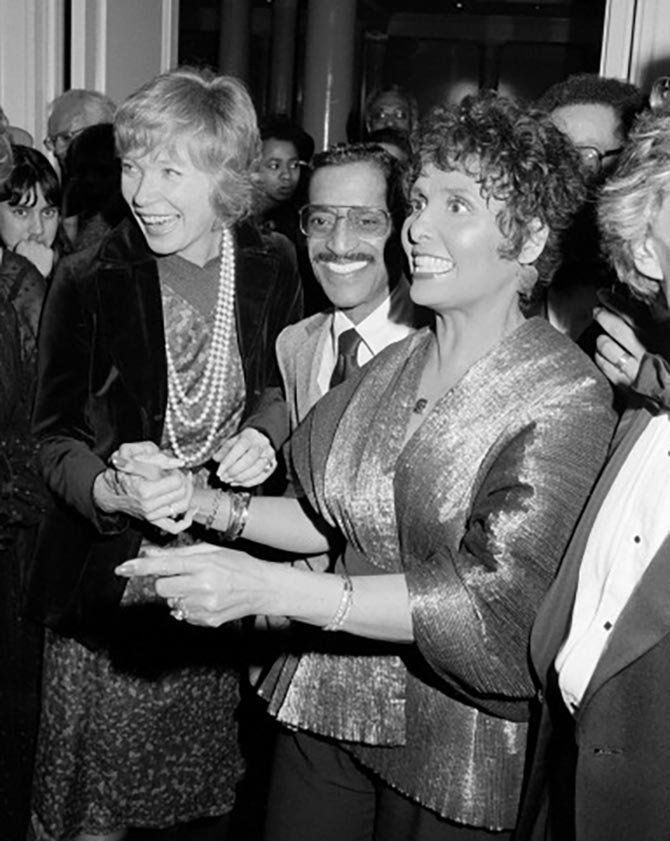 The Famous Women Who Have Worn Eternity Bands

Jewels Shine in The Trailer of ‘Maria by Callas’