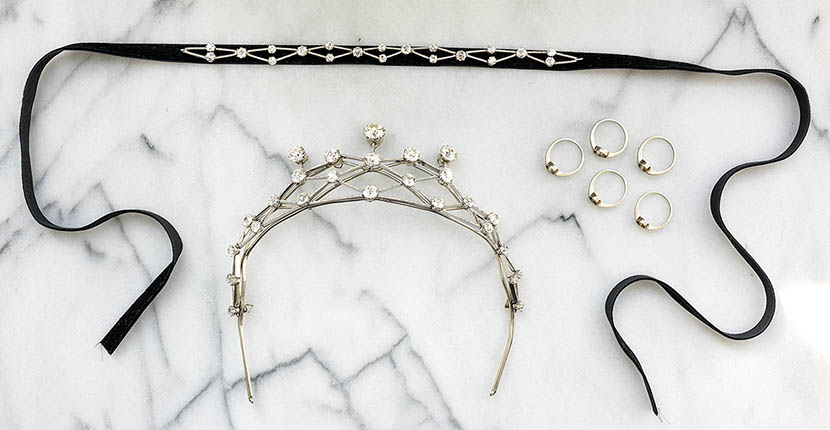 Is This the Most Practical Fine Jewel Ever?

The vintage piece can be transformed into 2 necklaces, 5 rings and a tiara 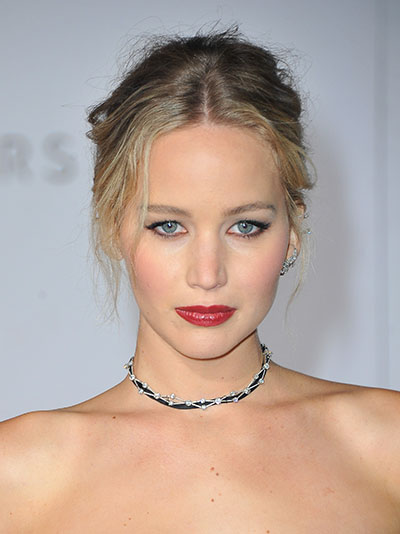 Jennifer Lawrence wearing a portion of the vintage jewelry from Beladora on a velvet choker at the ‘Passengers’ Los Angeles premiere. Photo by Allen Berezovsky/Getty Images for Fashion Media

I can’t help it, every time, I look at this Edwardian jewel from Beladora in Beverly Hills, I think of that old catchphrase inspired by the 1970s infomercials for the Veg-o-Matic.  “It slices! It dices! It makes julienne fries.”

This diamond and platinum design just about does everything a jewel could.  There are at least eight different ways to wear it, probably more.  By the numbers, it could be the most practical piece of fine jewelry ever made.

Here is the run down.  It can be put together as a bold bib necklace.  The front of the jewel can be detached and locked on to a tiara frame fit for a princess.

I know, I know—a necklace to tiara conversion was not unusual for jewels made in the Edwardian era, but wait—as they used to say in the 70s ads—there’s more!  The large diamonds on the front section of the necklace can be easily unscrewed by hand and fit into one of five rings.

The eighth wonderful way to wear the design was conceived by Jennifer Lawrence.  When her styling team Jill Lincoln and Jordan Johnson who are always endearingly referred to as simply Jill and Jordan showed her the necklace from Beladora, she did not want to wear it in any of the seven ways I just outlined.  Nope.  The imaginative actress suggested using the back portion of the jewel, which technically doesn’t do anything on its own, and making into a heighten variation of the popular plain fabric chokers by sewing the piece on to a black velvet ribbon in order to make the diamonds pop.  It’s worth noting the velvet choker style with diamonds originated in the Edwardian era so the look was totally apropos to the jewel.  Lawrence wore piece with a dramatic white Dior gown to the December, 2016 premiere of Passengers in Los Angeles. 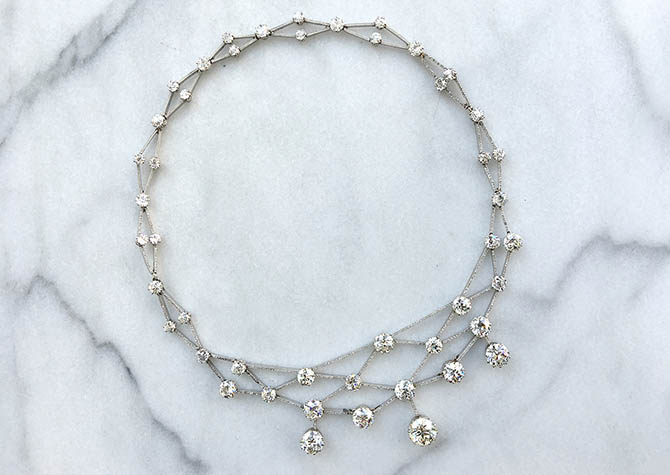 Now you are probably wondering, who made this jewel and what inspired them to add all these extra elements, right?  Well, I have got some answers and a few theories.

Unfortunately, the piece is not signed so the creator of the convertible design has been lost in the sands of time.  What is known with certainty is that there are around 27-carats of diamonds.  The largest weighs approximately 4.23-carats.

Diamond designs (without any other gems) were the mode of the luxurious Edwardian era, named after King Edward VII of England and covering the period he reigned from 1901 to 1910.  During these years, the Kimberley diamond mine in South Africa was at such a peak stage of production diamonds dominated formal courtly jewelry designs. 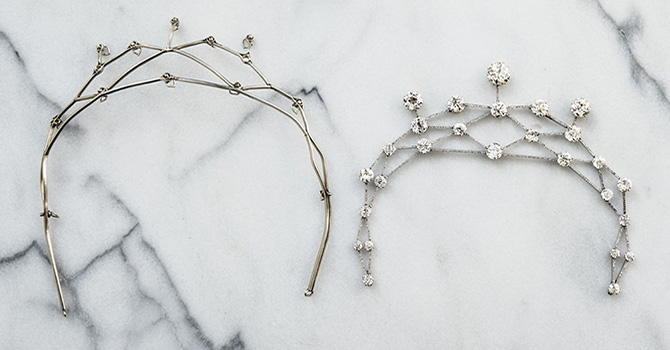 The tiara frame and section of the Edwardian diamond and platinum jewel from Beladora that fits on to it. Photo by Sally Davies

The other for sure fact about the fantastical piece is that it is made of platinum.  The metal is the major “Aha!” clue about what inspired the designer to make the jewel so wildly convertible.

Platinum is the most precious of the metals and also the hardest.  While it made appearances in nineteenth century jewelry, usually backed by gold,  it wasn’t till around 1903 that jewelers had the technology to power the proper torches to really work the metal at its full potential in all platinum pieces.  Once jewelers had the right tools, they kind of went crazy in the best way. 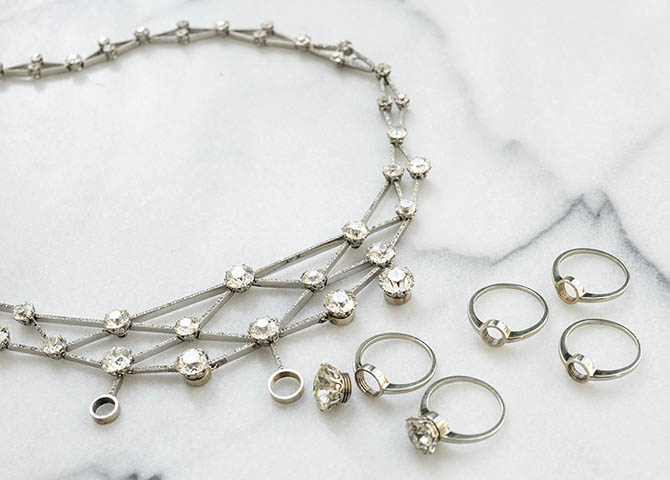 The necklace with two diamonds removed from the setting. One is screwed into one of the five rings and the other alongside it showing the platinum details. Photo by Sally Davies

Unlike silver or gold, platinum’s hardness allows jewelers to add all kinds of elaborate little details.  Milgraining, tiny ball elements, covering the edges of the flowing lines of Edwardian designs are one of the most ubiquitous features of the feminine styles with ribbon and floral motifs.

The jewel from Beladora shows off an angular Edwardian style.  It is a variation on the knife edge technique which is exactly what it sounds like—long lines in the jewel resemble the edge of a knife.  Usually it’s the sharp cutting edge.  The lines in this piece are like the flip side of the utensil.

The edges are set with tiny diamonds accented with itsy bitsy hash marks on the platinum.  Whimsical curlicues accent the bases of the larger stones that can be removed from the settings.  And, of course, there are all those hand crafted platinum screw threads on the gems, made to move the diamonds from the necklace to the ring not to mention the mechanisms to attach it to the tiara frame.  All in all, the jeweler is, frankly, showing off what can be done with a platinum design.  It’s a necklace!  It’s five rings!  It’s a tiara!  It’s jewelry joy!