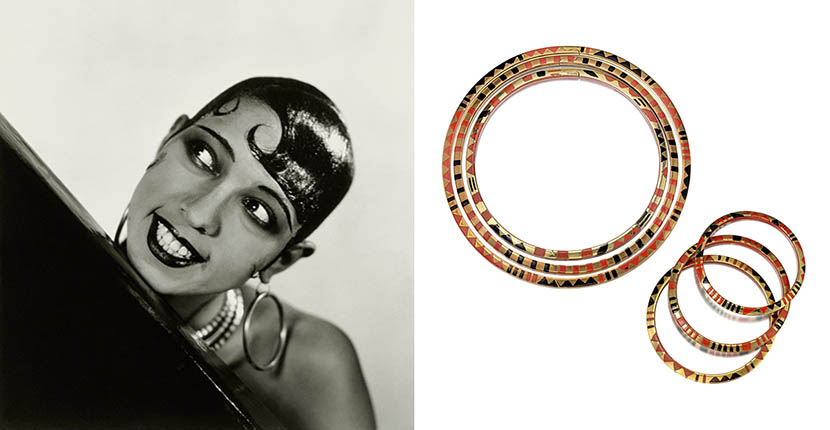 Josephine Baker wearing her set of three Jean Dunand Giraffe Necklaces in 1929. Necklaces and bangles from the same collection at right. Photo by George Hoyningen-Huene; Jewelry courtesy of Siegelson 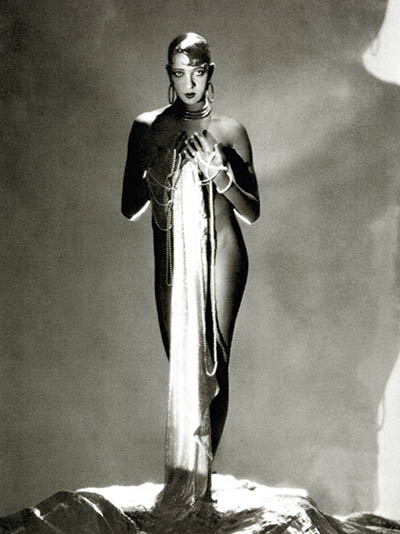 Josephine Baker wearing her set of three Jean Dunand jewels among other jewels for a 1929 ‘Vanity Fair’ shoot. Photo by George Hoyningen-Huene

April 21, 2017—African Americans in Paris during the 1920s gave The City of Lights it’s groove. Jelly Roll Morton, Fats Waller and Sidney Bechet among many other masters of jazz, performed at famed French venues to enthusiastic audiences. One of the great female voices among the musicians was Josephine Baker. Her unique blend of singing, dancing and comedy made her a superstar in Europe.   Ernest Hemingway described her as “the most sensational woman anyone ever saw.”

Videos of her performances on YouTube are wildly popular today.  Some receive hundreds of thousands of hits. Her celebrated number in the banana skirt, Danse Sauvage, first performed at the Folies Bergère in 1926, has been viewed well over one million times. It’s not quite the same as the original, Baker wore a top for the American production, but you get the gist of her jazz. The star embodied Paris when it sizzled.

One of the most iconic images of the art deco period is of Josephine Baker. In 1929, the twenty-three-year-old posed nude for Vanity Fair photographer George Hoyningen-Huene. In the chiaroscuro lit, perfectly styled shot she holds a swath of strategically placed fabric and a long strand of pearls. Her face is framed by bold hoop earrings and a set of three necklaces made by Jean Dunand that were inspired by African prints. Jewels from the same Dunand collection were loaned by Siegelson to the Cooper Hewitt museum for its new exhibition The Jazz Age: American Style in the 1920s. 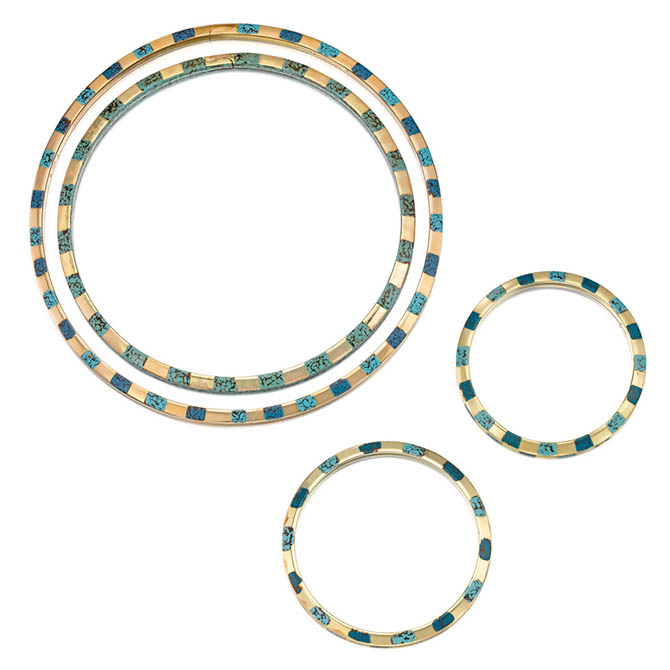 A set of Giraffe necklaces and bracelets designed by Jean Dunand around 1927. The jewels are composed of Oréum accented with blue and black lacquer simulating the appearance of turquoise. Photo courtesy of Siegelson

While African art had a major impact on art deco furniture and home accessories, it is rare to find the influence incorporated into jewelry from the period. Jean Dunand who was a multi-talented designer and artist, initially showed his appreciation for African textiles in screens and vases with lacquer patterns that echoed the motifs. Around 1925, he applied the patterns to jewelry. It is believed his first cuff was made for Josephine Baker after the milliner Madame Agnès introduced him to the charismatic performer.

The silhouette of the Dunand set of necklaces Baker wears in the 1929 Hoyningen-Huene photos were inspired by the astonishing neck rings worn by some women in South African tribes. The style of jewels, dubbed Giraffe by the designer, were made of the alloy Oréum and decorated with an abstract pattern of lacquer that echoes African textiles. 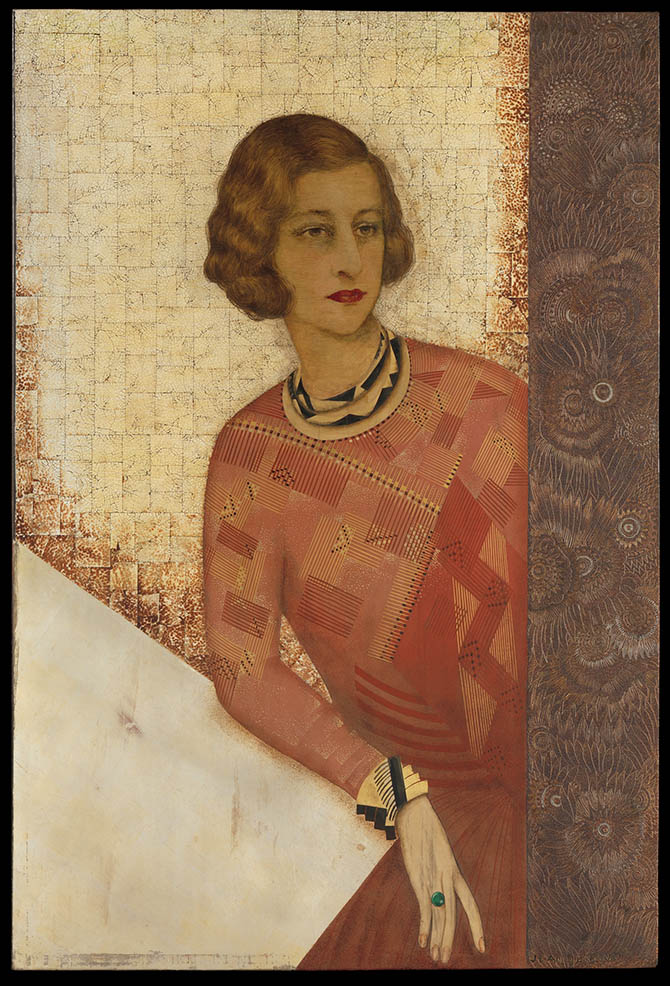 Dunand did at least two variations on the Giraffe style jewels in different colors of lacquer. The pieces were coveted by the women of style in the twenties including Madame Agnès, Juliette de Saint Cyr and the French actress Jane Renouardt. Today jewels from Dunand’s Giraffe jewelry collection are in the Metropolitan Museum of Art in New York and the Musée des Art Décoratifs in Paris. Despite the fact that the jewels are almost 100-years old, they look astonishingly modern. In fact, in this age of the choker renaissance they would fit right in any millennials jewelry box.

*Special thanks to Siegelson for the research material on the Dunand Giraffe jewels.