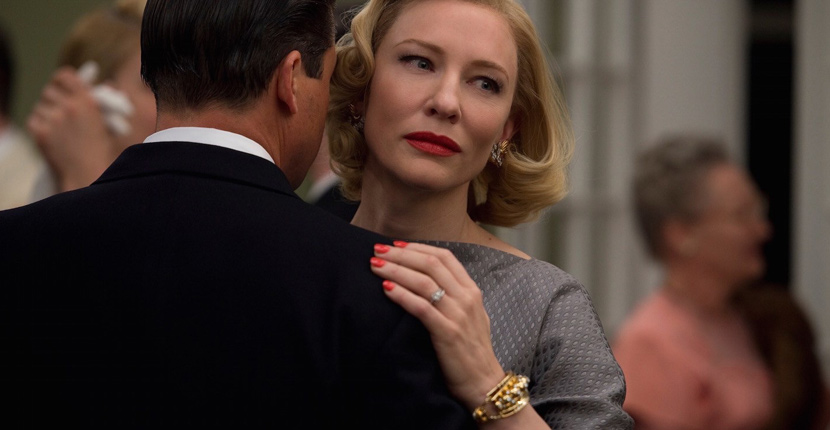 The shadowy film noir mood of Carol (2015) will light up like a bonfire for any jewelry fan the moment you get a glimpse of the Van Cleef & Arpels bracelet on Cate Blanchett’s wrist. The gold jewel comes on strong in the very first scene of the love story set in 1952 when Blanchett, who plays the title role, subtly caresses the swinging strands of the design while she is having one of many intense conversations with her love interest Therese Belivet (Rooney Mara). 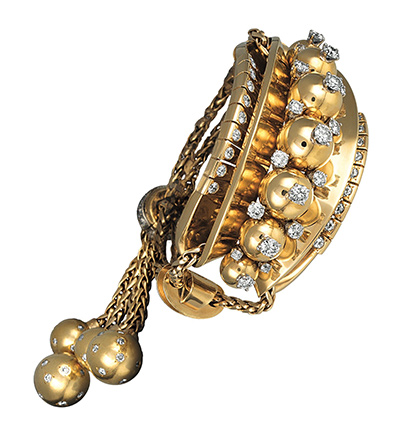 The dramatic jewel made in 1946 in a style referred to as Retro or Machine Style, features diamond accented balls across the top and long rope chains on the back.  The mechanical jewelry look began during the mid-1930s when industrial growth helped to ease the woes of the Depression. Just as the Art Deco skyscrapers put their imprint on jewelry design in the 1920s, the look of machines was the driving force behind gold jewelry in the thirties and forties. The pinnacle of the trend was reached at the 1939 New York World’s Fair. It’s theme, “The World of Tomorrow,” promised a better future with modern appliances and transportation easing the rigors of living. Van Cleef & Arpels participated in the fair and opened a boutique at 744 Fifth Avenue in New York City shortly thereafter. 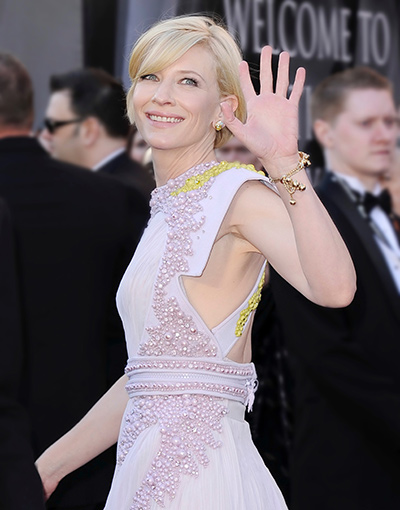 In the Manhattan centered drama Carol, the gold Machine style bracelet was the perfect piece to see on Cate Blanchett. One imagines for the movie, her well-to-do husband could have purchased it during happier days of their marriage.

In real life, Blanchett clearly had more than a little to do with the choice of the jewel. She had borrowed the exact same bracelet from the Van Cleef & Arpels Heritage Collection to wear at the 2011 Oscars. The actress gave the piece a completely contemporary look that evening pairing it with a lavender Givenchy gown.

The Tiffany Jewelry Audrey Hepburn Wore in ‘Breakfast at Tiffany’s’