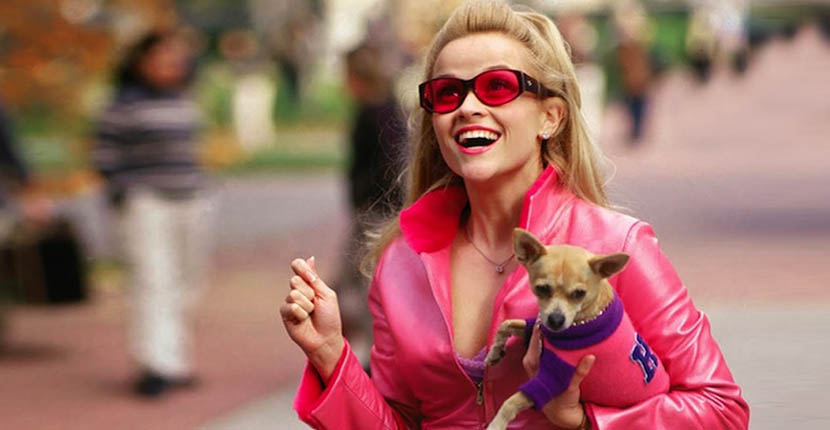 The Bling and Brilliance of ‘Legally Blonde’

The accessories and messages of the movie are still relevant

I had a flashback to the great chick flick Legally Blonde this week. On Monday, shortly after I spoke about my professional experience at the GIA Career Fair, a brilliant group of the recent Graduate Gemologists gathered around me and we had a spontaneous love-fest about any number of topics: jewelry, jewelry history, gems and so on. You know you have found instant friends when you can dive in on a conversation about the color and cut-corners of the 18.04-carat octagonal step-cut Rockefeller Emerald.

Each of the women were amazingly individual and stylish, not to mention accomplished, confident and supportive of one another. Several handed me their résumés. This gesture put me right back with Reese Witherspoon in her signature role as Elle Woods. Remember the scene when her professor asks her for her résumé and she hands him one that is “pink and scented?” Well, none of the ladies I spoke with had the special color or fragrance on their paperwork, but they had all the spunk that reminded me of the movie. Oh, and one of them did have her dog with her in true Elle Woods “friend of the animals” style. 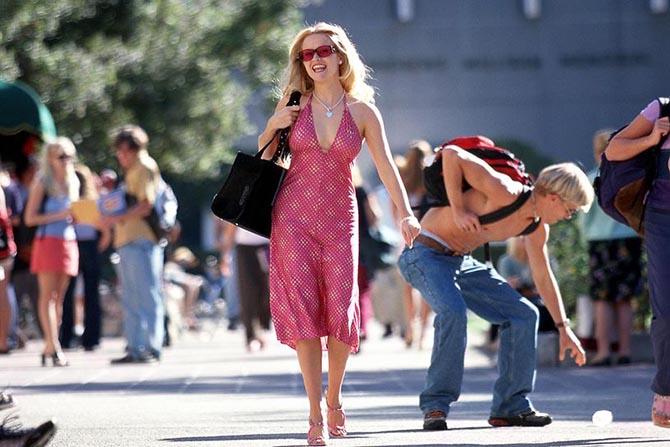 It’s almost impossible to believe Legally Blonde came out 16-years ago. It was 2001 when Elle Woods decided she was going to try to win back the man who dumped her by attending law school with him at Harvard. A review of some of the pink ensembles in the movie may read a tad dated but the black numbers she wears when she is dressed to intern for her law professor would look just right today.

Elle’s jewels in the movie are also timeless classics that are still available.  She has diamond studs and a diamond solitaire necklace.  The California girl also sports a “Please Return to Tiffany” heart shape silver bracelet and a matching necklace.  A similar style of jewel appears on several of her sorority sisters at Delta Nu as well as on her Chihuahua, Bruiser Woods.  Elle’s watch is an Hermès Kelly inspired by the padlock that appears on the famous French brand’s Kelly bag.  It’s an iconic accessory named after the ultimate Hitchcock blonde Grace Kelly.  During the “Bend and Snap” scene, she wears an Hermès Leather bracelet—known as Collier de Chien.

The one other major jewel in the movie is worn by Selma Blair who plays the “preppy girl,” Vivian Kensington, who steals Elle’s man.  Adding jewelry insult to emotional injury, her ex-boyfriend gives his new fiancée a door knocker sized diamond.  After seeing the trophy, Elle cries to her manicurist, “She has the 6-carat Harry Winston on her boney, unpolished finger.” 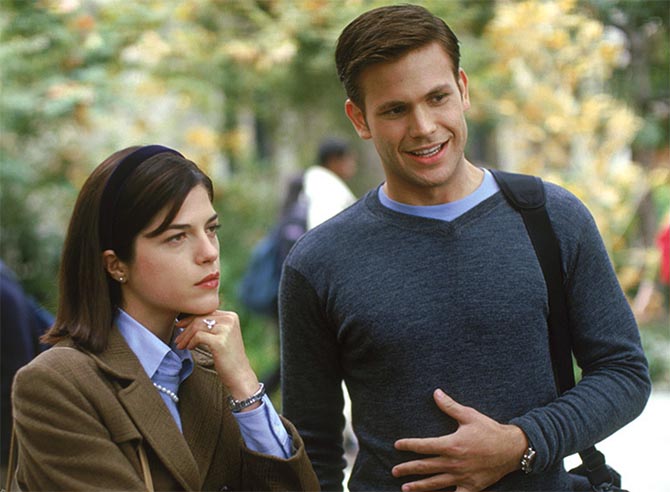 The way Elle Woods pulls it together and triumphs over the haters with style and smarts makes the movie motivational.  There is a knowledge is power message, accented with good jewelry.  It’s clearly a motto the brilliant students at the GIA live by.

Emma Watson’s Dreamy Jewelry in ‘Beauty and the Beast’