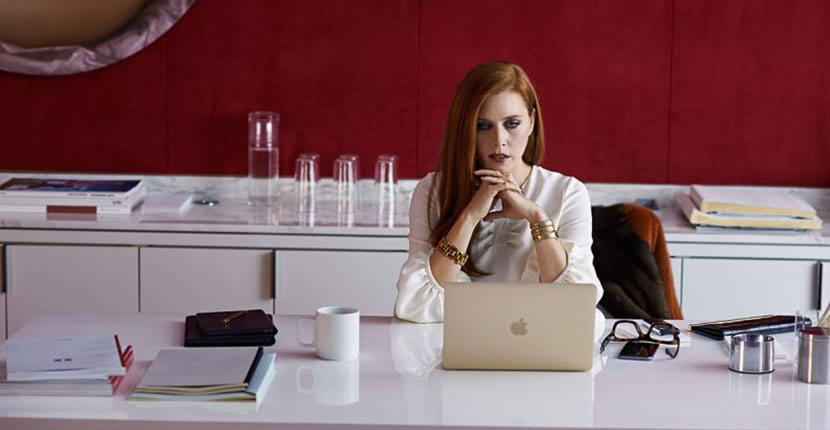 Stylish pieces from Bulgari, Neil Lane and Lisa Eisner appear in the thriller

There are a handful of fashion designers you can count on to include jewelry in their runway shows.  Tom Ford is one of them.  He doesn’t put jewels on every model but huge pieces turn up when he wants to make a strong statement.  The same is true for Ford’s new movie Nocturnal Animals.  Exceptional jewelry provides flashes of light in the film noir with multiple plot lines.  Costume designer Arianne Phillips worked with several jewelers for the production.  A few listed in the credits are Bulgari, Neil Lane and Ford’s friend and collaborator Lisa Eisner who has been responsible for the jewelry on the fashion designer’s runway for the last several years. 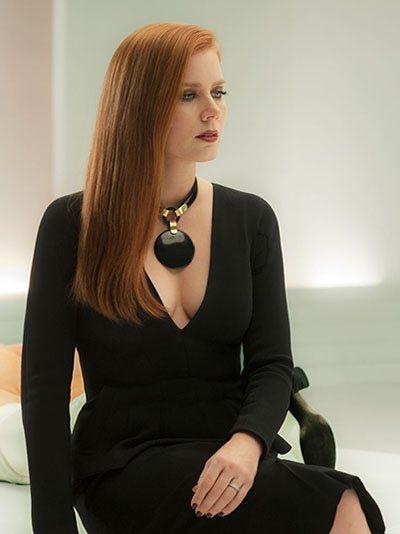 One character, who appears briefly in the movie and the trailer is fully based on Eisner—her hair, clothes, everything.  Naturally she is decked out in Eisner’s ginormous turquoise baubles.  In a cameo role as a Texas Republican with big blonde hair, Laura Linney wears turbo seashell earrings and an epic multi-strand costume pearl necklace.  Leading lady Amy Adams who portrays an insomniac contemporary art gallerist has carefully selected fine jewelry that is as slick as her sharp style.

The diamond eternity band Adams sports as a wedding ring is visible in almost every one of her scenes.  In fact, it gets some close-ups as a symbol of her rocky marriage and divorce from her first husband, a novelist played by Jake Gyllenhaal. 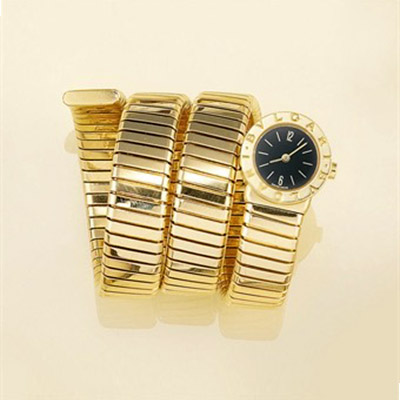 One day at the gallery, Amy dons a chunky gold bracelet made around 1935 in France that came from Neil Lane’s vintage collection.  The piece is paired with a triple wrap Bulgari Serpenti Tubogas watch with a round case and black dial.  The wildly popular signature style, made by the Italian firm made in the 1990s, has become a cult item with the fashion set.  There is a similar piece in Bulgari’s Heritage collection.  Interesting bit of jewelry trivia, Lisa Eisner wears the same watch.

A dazzling pair of vintage diamond and jade pendant earrings shine on Amy Adams in a party scene.

At the unforgettable art opening in the first scene of the film, Amy wears a big black jade Lisa Eisner necklace.  “It’s armor, it’s decoration, it’s ceremonial,” is how Eisner once described jewelry.  I think it’s safe to say Tom Ford agrees.  In Nocturnal Animals, the jewels seem to be symbolic of the armor Amy Adams’ character needs to get through the horrors she experiences and commits in the film.

‘Mare Antoinette’ 10th Anniversary: A Look Back at the Sparkle