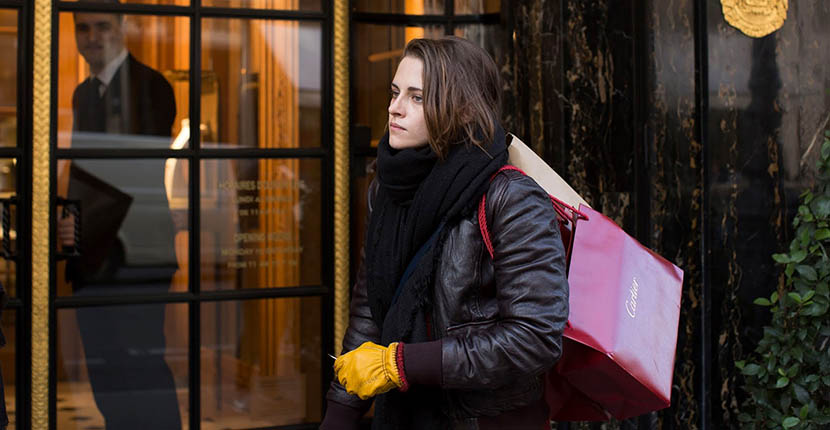 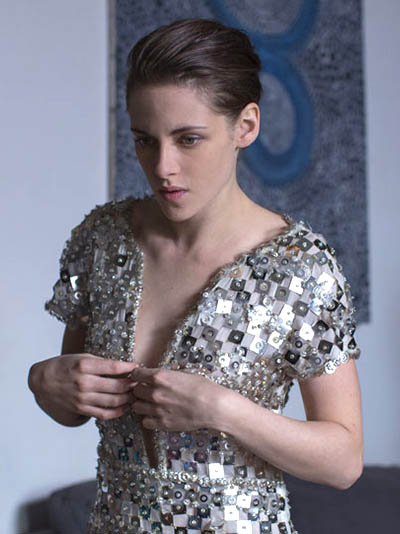 Kristen Stewart’s critically acclaimed new film, Personal Shopper is a thriller set in Paris among the fashionable set and artistic crowd.  Despite the fact that modern technology, text and video chat, is very much a part of the movie, it also has a haunting 1970s aura.  Perhaps it’s the long conversations, dark shadows and suspense that reminded me of movies like The Exorcist.  There was also a link to that 1973 psychological drama in the Cartier jewelry.

In The Exorcist leading lady Ellen Burstyn sported the latest Cartier designs by Aldo Cipullo.  A Love bracelet and a large gold Hamsa pendant with articulated fingers were a natural part of her 1970s attire.  The Hamsa was particularly symbolic of her need for good luck and to ward off evil.

Similarly, the latest Cartier designs make an appearance in Personal Shopper.  Kristen Stewart, who plays Maureen, is mourning her twin brother Lewis and waiting for a sign from him from the beyond, while she continues her job finding clothes for her celebrity client.  She goes to Chanel and other fashion showrooms in Paris and London.  The only fine jeweler to make an appearance is Cartier.

Kirsten’s demanding client wants the newest of everything.  It was an easy request the famed French House.  The filming took place at the same time when the sensational Cactus de Cartier collection debuted. 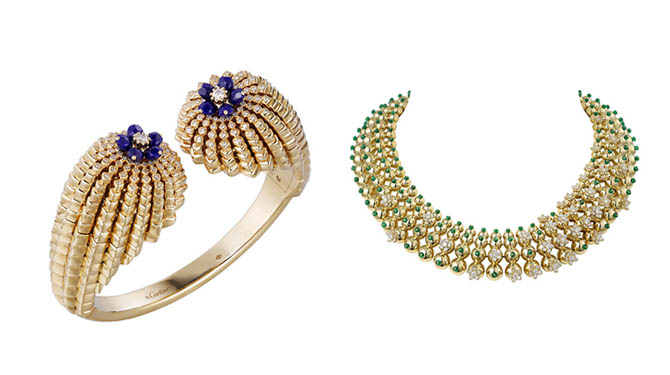 A bracelet and necklace from the Cartier de Cactus collection similar in style to the pieces that appear in ‘Personal Shopper.’ Photo courtesy

The jewels are given a loving close-up while Kirsten picks them up in the Cartier flagship on the rue de la Paix.  She selects a bracelet from the collection set with lapis and diamonds and a statement necklace.  While the jewels are never worn in the movie, they become an integral part of the thriller’s climax.  Catch a glimpse of the shopping Cartier bags in the trailer to thriller below.