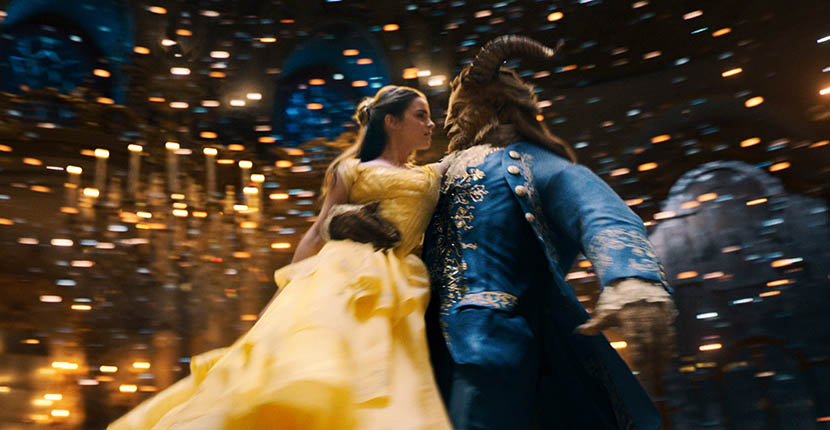 Emma Watson’s Jewelry in ‘Beauty and the Beast’

Including that ear cuff that’s lighting up the internet 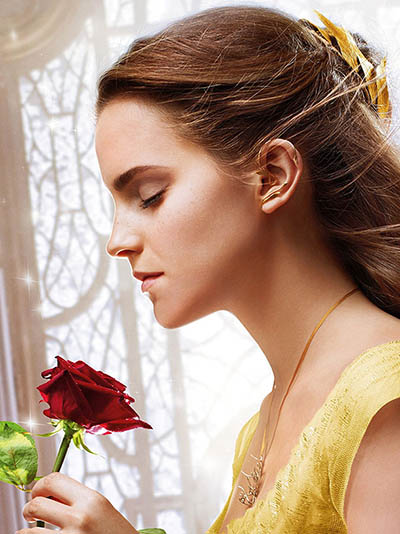 The brilliant reboot of Beauty and the Beast had me laughing, crying and marveling at the delightful jewelry in the film.  The production’s Oscar award-winning costume designer, Jacqueline Darren, created pieces that at once reflect the eighteenth century French setting and today’s jewelry trends.

Jewelry was clearly an important part of the live action-animated revamp.  Eighteenth century French styles, such as chandelier earrings and velvet chokers—two looks that are as hot as can be at the moment— shine on several characters in the village and the castle.

The jewelry Emma Watson wears, in her perfect portrayal of Belle, is unique to her character alone.  With her blue village dress that incorporates multiple prints and corsetry-style details, she has a simple string necklace with a little motif on the bottom.  It is her first cool girl jewel that would fit right in any millennial’s collection.  Her other village jewel, that is panned over by the camera several times, is a pinky ring—a style that could not be more on trend.  (You can get a glimpse of the jewel in the trailer below.)

For the big romantic scene, when Belle dons the famous yellow dress, she gets the necklace the gown had always needed.  It’s not a frou-frou predictable diamond jewel.  No way.  It is an artistic round branch pendant on a delicate butterscotch color silk ribbon that’s a reflection of the forest surrounding the castle and feels oh so fairy tale.  The winding branches are also symbolic of the many directions a romance takes on the way to becoming true love.

The coolest jewel of all is the branch ear cuff.  I am convinced the design was a special request from Emma Watson.  The star has been wearing ear cuffs on the red carpet for eons.  Just Google “Emma Watson ear cuffs” to see what I mean.  She often wears Repossi but has donned styles from other designers as well.

If that doesn’t convince you Watson was involved in the ear cuff choice, Darren’s statement surely will.  She said, “The two elements [for Belle’s costume] were the original animated movie which gave us the form of the costume and input that the director and Emma wanted to bring to it.”  The branch ear piece Darren designed isn’t quite like anything on the market.  It fits the star’s ear to perfection, wrapping delicately around her lobe like a growing branch. 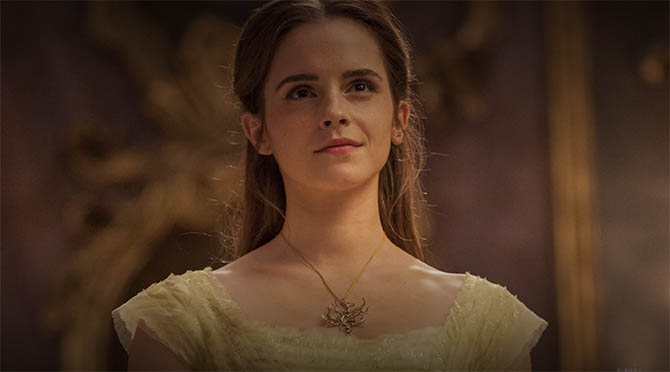 The final element in what I am dubbing The Tree Branch Suite of jewels is a hair ornament of gold tone leaves that holds back her half-up do.  It is a functional item that not only accessorizes, it includes a hairpin that becomes a useful tool to pick a lock.

Like the sci-fi movies last year that had jewelry in the story, Star Trek Beyond and Rogue One, Belle’s jewels were pieces made by the costume and props departments for the production.  In other words, the exact designs are not available for purchase.  There is, however, a rendition of Belle’s pendant necklace in the Disney store on HSN.com.

The trailer for Beauty and the Beast shows several of the jewels including the pinky ring.