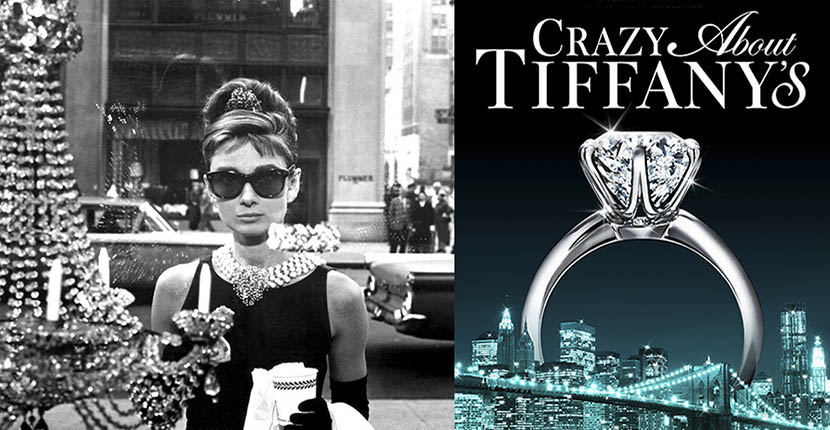 Audrey Hepburn in 'Breakfast at Tiffany's; Poster for 'Crazy at Tiffany's' Photo courtesy of Quixotic Endeavors

All about my brief appearance in the high spirited documentary 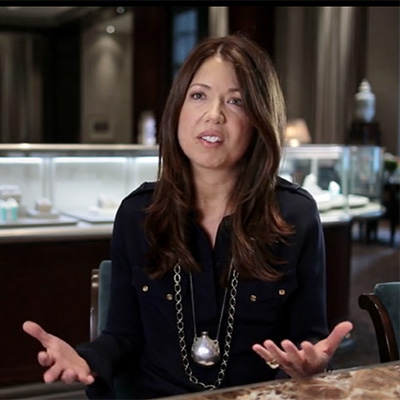 If you read the credits for the documentary Crazy About Tiffany’s my name is not listed. Watch the trailer for the film below and you won’t find me there. I am, however, in the movie briefly.  Much to my surprise, this if-you-blink-you-miss-it appearance on screen has gotten me noticed a couple of times recently.

Just a few weeks ago, at the Saturday morning spin class in New York I have attended for years, one of the regulars who rides on a bike close to mine was looking at me askance. I said, unprompted, “Oh yes, it’s me, I know I haven’t been here too often lately, you see I have this online magazine….” He said, “No, I am sorry, I was looking at you because I just realized you are in that Tiffany documentary.” He had just seen the film, which was released in theatres February 19, 2016, on an Air France flight from Paris. He loved it, said he learned so much about the great American jeweler.

The second time, I was, um, recognized happened here in Los Angeles late Thursday night at the Grove Apple Store. My LCD screen cracked. In the hours long process of backing up the computer with the technicians at the Genius Bar and reviewing my options for temporary tech, if not a new computer with a business specialist, she asked me what I did for a living. When I told her, she said, “I thought you looked familiar, I saw you in the Tiffany documentary.” (For real, this happened. I say that because, it’s hard for me to believe.) She found the doc on the list of things to watch on Hulu. Her enthusiasm for the production was epic. She wanted more films like it right away. Asked me if I knew about the filmmakers other documentary Scatter My Ashes at Bergdorf’s. I did. Told her about another one of the director, Matthew Miele’s delightful films Henry Benson: Shoot First. 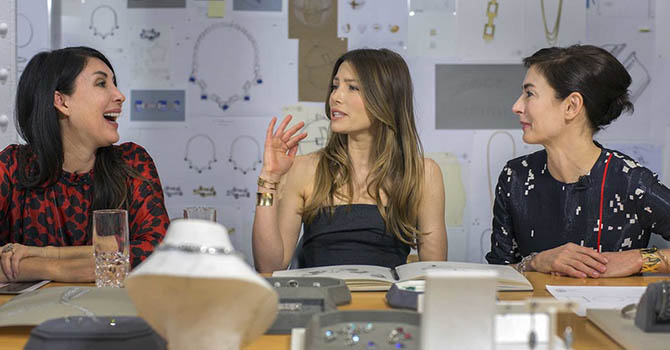 The enthusiasm for Crazy About Tiffany’s inspired me to write this post for people who may have missed the movie when it was released last year. It is not a typical historical documentary. The director has a modern high-spirited approach to his subjects.  There is lots of humor, almost an outtakes reel style to several of the interviews with the stars including Jessica Biel, Katie Couric, Jennifer Tilley and Rachel Zoe.

Yet, Miele does squeeze in a lot of interesting Tiffany trivia such as the history of the signature blue color and association with sports through all the trophies it has designed over the years. There is some information about the founder Charles Lewis Tiffany and the history of the iconic Tiffany Setting. Interviews and behind-the-scenes production meetings with Tiffany’s Design Director, Francesca Amfitheatrof, are woven throughout the film. And, of course, there is that moment with me when I talk about the great Elsa Peretti.

The Number One Jewlery Movie of All Time: Breakfast At Tiffany’s

How The Tiffany Setting Became An Icon