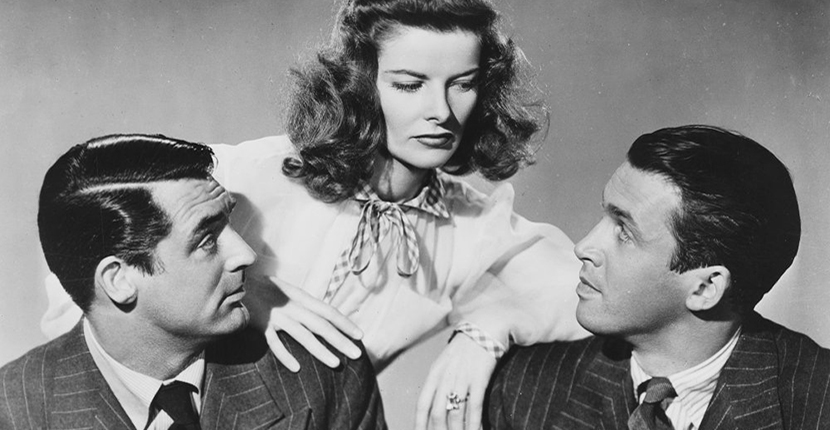 The Jewelry in ‘Philadelphia Story’

A vulgar diamond wedding present becomes jewelry comedy gold in the classic Philadelphia Story (1940) starring Katharine Hepburn, Cary Grant and James Stewart. The backstory on the monstrous gemmy gift is that it was a recycled prop from the 1938 feature Marie Antoinette. In the historical drama, it is the jewel that ignites the French Revolution. In Philadelphia Story, the piece is simply placed among the wedding presents of Tracy Lord (Katharine Hepburn) .

Tracy’s kid sister in the film, Dinah, played by Virginia Weidler critiques the style of the jewel, the history, all of it, in two words when she picks it up from the array of loot and says, “This stinks.” The jewel appears a second time on Dinah when she is acting the part of the crazy upper crust for the tabloid journalists who have come to crash Tracy’s wedding.

Tracy Lord doesn’t wear a lot of jewelry but we know she has a lot of it, not only because of the joke jewel but also because there are any number of jewelry boxes among the wedding presents on display in the film. The focus of Tracy’s jewelry wardrobe is her stunning emerald-cut diamond engagement ring by Verdura. How the Verdura jewel landed in the movie is a bit of a mystery.

There is a strong argument to be made that the relationship with Verdura was personal. First, there was not a lot of major jewelry being loaned to movies. It was, and still remains, a logistical headache to have expensive pieces on a movie set. The titled Italian jewelry designer had just opened his boutique in New York in 1939, the year before the movie debuted. It’s quite possible the celebrated MGM costume designer of the film, Adrian, or Katharine Hepburn knew the affable Duke from the time he had lived in Los Angeles and worked for Paul Flato as a designer at his boutique located at 8637 Sunset Boulevard. Hepburn wore several stunning Flato jewels in her 1938 film Holiday.

A deeper analysis of the personal relationship theory goes to the design of the jewels themselves. They are diamonds. Verdura did not specialize in diamond designs. His work is primarily about colorful semiprecious stones. So the diamond engagement ring and diamond bracelet worn near the end of the movie by Hepburn feel like a special request from the designer. The effect is exceptional. The ring literally sparkles as Hepburn banters away in almost every scene. Both pieces get a close-up with a couple of glasses of champagne when she takes them off to go for a late night swim with Macaulay Connor (James Stewart).  When C. K. Dexter Haven (Cary Grant) finds the jewelry, it becomes another moment of comedy gold. Put the movie on your watch list, it is well worth a viewing or three. 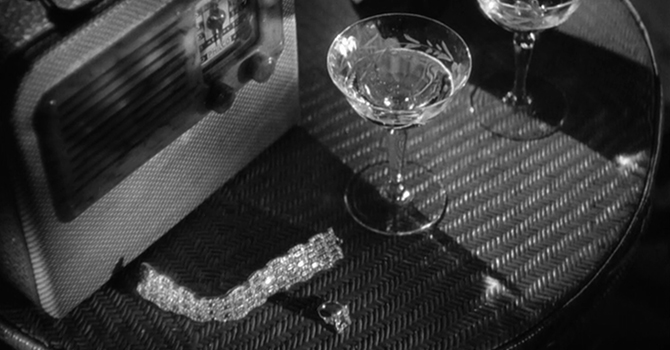 The Verdura diamond bracelet and engagement ring worn by Katherine Hepburn in ‘The Philadelphia Story.’