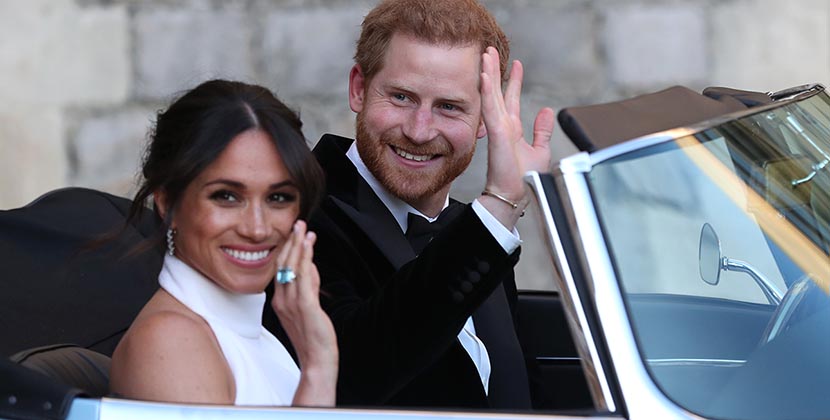 Twitter thinks so...plus there are more new Cartier diamonds for the bride

Almost the moment the newly minted Duke and Duchess of Sussex walked out of the door at Windsor Castle in their evening attire for the party hosted by Prince Charles for 200 guests at Frogmore House, Twitter lit up about Meghan’s white Stella McCartney halter dress and—more importantly—her new jewels! When she waved to the cameras, there was clearly a big aquamarine ring on her hand and when the wind blew her hair just so, diamond pendant earrings were shown on lobes. 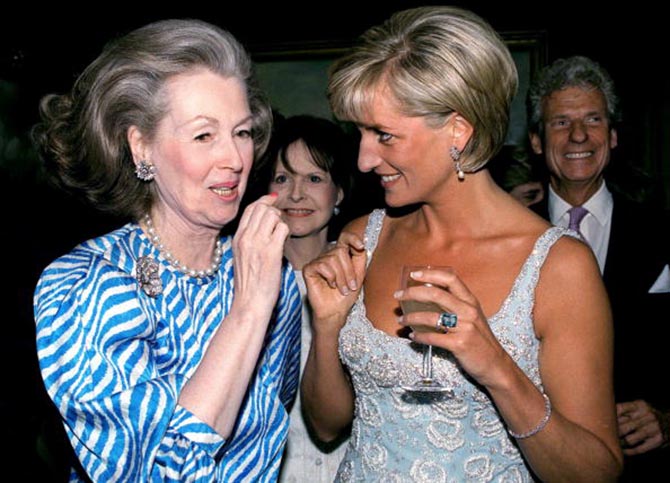 It took no time for the royal watcher @saadsalman719 to figure out the ring was most likely Princess Diana’s aquamarine cocktail ring. Now, the facts are confirmed. The emerald-cut aquamarine is surrounded by small diamonds and set in 24K yellow gold. Diana commissioned Asprey to make the jewel in 1996. One of the first times she wore it was to the Victor Chang Cardiac Research Institute Dinner at the Sydney Entertainment Centre on October 31, 1996 in Sydney, Australia. Diana also wore it at the 1997 Christie’s charity auction of her clothes to raise money for AIDS related charities. 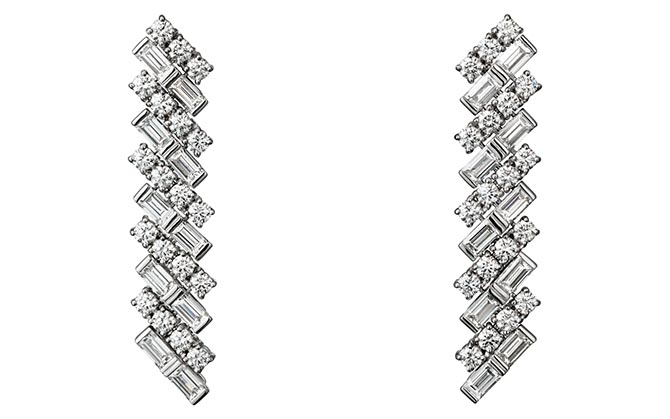 Cartier has confirmed the earrings are from the same collection as the bracelet Meghan wore during the wedding ceremony. They are Reflection de Cartier designs. On the jeweler’s website a similar pair is described as 18K white gold, set with 19 brilliant-cut diamonds totaling .81-carats with 10 baguette-cut diamonds totaling 1.08-carats. Both of the diamond jewels are believed to be gifts from Prince Charles. Meghan also wore Galanterie de Cartier studs during the wedding ceremony. It is not known who gave her the studs she has been wearing for several weeks. 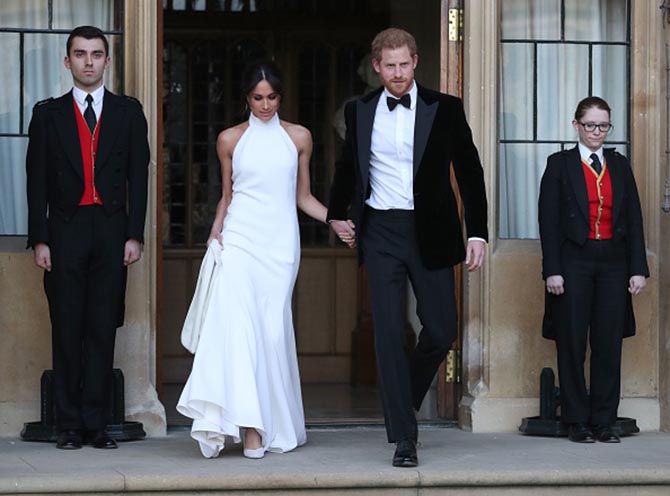