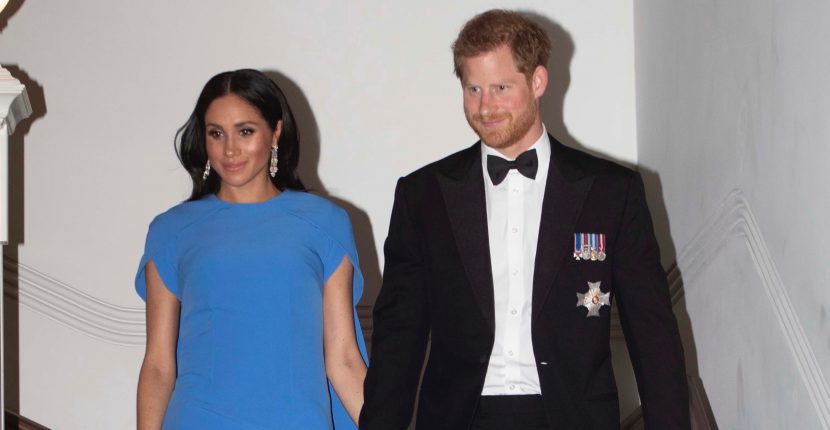 In London and Fiji, the Duchesses dazzled

The Duchesses of Sussex and Cambridge, otherwise known as Kate Middleton and Meghan Markle, both turned up the wattage considerably on their jewels this week at state dinners on different parts of the planet.

Meghan’s jewels are a mystery. Kensington Palace, who everyone on the internet is now referring to as simply KP, has confirmed they are “borrowed” but that’s all their saying. Clearly, they love to toss a little bit of innocent intrigue into the mix for the press. 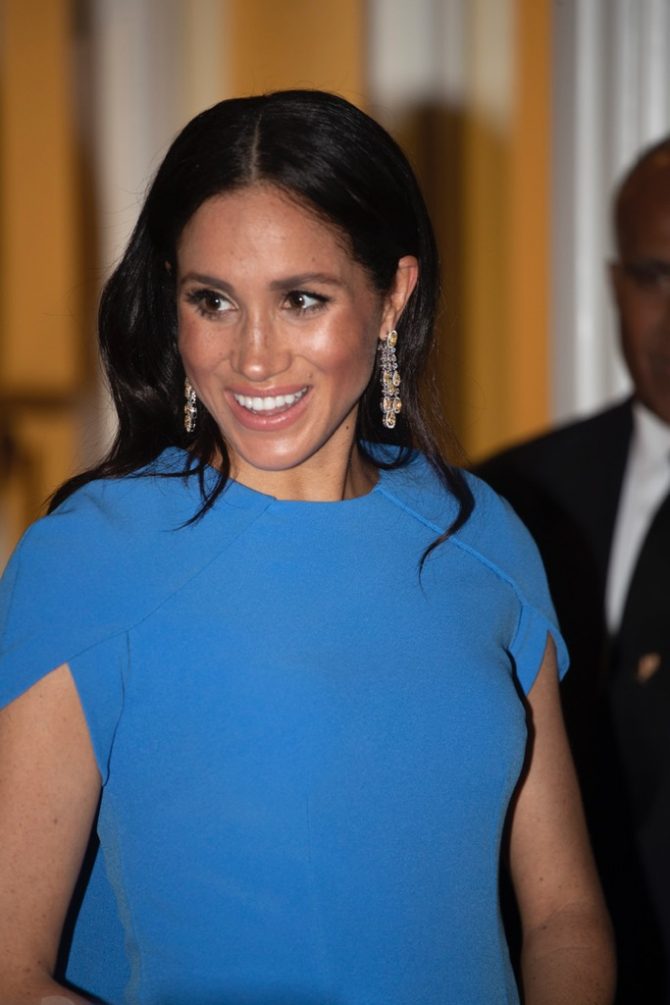 Generally speaking, when the women in the family wear something “borrowed” it comes from Queen Elizabeth’s collection. These jewels, however, feel more contemporary than most of the pieces her Majesty owns. It’s always hard to say for sure with the lighting on pictures and the flash of the cameras but the pear-shape stones in the jewels look like they might be cognac color. Meghan’s been dressing in clothes from local designers during her royal tour of Australia and Fiji. I am wondering if perhaps the earrings are borrowed from a local talent or friend. 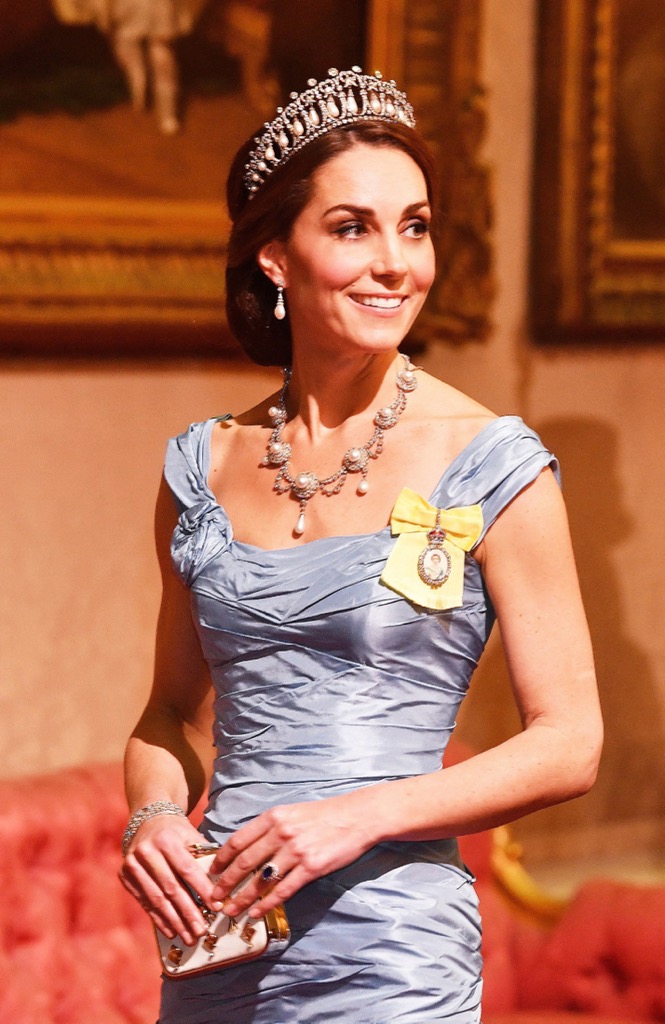 Catherine, Duchess of Cambridge wearing the Cambridge Lover’s Knot tiara among other jewels with an Alexander McQueen gown during a State Banquet at Buckingham Palace on October 23, 2018. Photo Getty Images

In total contrast to Meghan, Kate Middleton wore an array of jewelry with lengthy well-known royal histories. Her tiara is recognizable to even causal royal watchers as the Cambridge Lover’s Knot tiara. It was given as a wedding present to Princess Diana from the Queen and has now become a go-to jewel for Kate. The diamond headgear, made in 1914 by Garrard for Queen Mary, has 19 pear-shape pearl drops floating in diamond ribbon motifs. Kate paired the tiara with the same diamond and pearl earrings Diana often wore with it. The jewels were a gift to the Princess from Collingwood Jewellers in London.

Remarkably, Kate also wore Queen Alexandra’s Wedding Necklace. I say remarkably, because it is really a lot of jewelry. It’s the first time Kate has worn this classic tiered pearl and diamond piece that was part of Alexandra’s jewelry ensemble when she married Edward VII on March 10, 1863. It’s also the first time Kate has put on the Queen’s Royal Family Order. According to Ella Kay, the esteemed royal expert at The Court Jeweller, the Duchess received the order in December 2017 for the work she and Prince William have done to try and stop “the use and trade of ivory.”

How I Knew Meghan Would Wear Cartier on Her Wedding Day