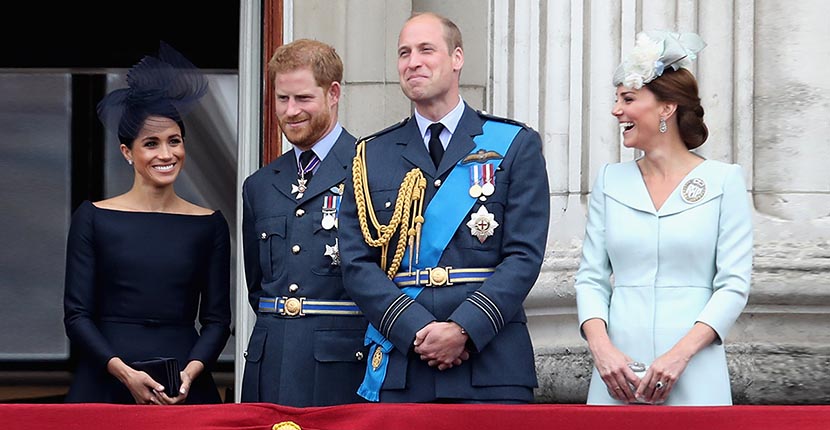 Prince Harry and Prince William with Meghan Markle and Kate Middleton who are both wearing diamond earrings. Photo Getty

One pair was vintage and the other was contemporary Cartier

Is it me or does the royal family seem busier than ever? Maybe it’s just that there are more of them to follow now with the addition of Meghan to the family and all the royal children. Whatever the case may be, they have been out and about doing all kinds of good works and royal activities. Today, however, marks the first time on their busy schedules both Kate Middleton and Meghan Markle, otherwise known as the Duchess of Cambridge and the Duchess of Sussex, both appeared in diamond earrings I adore simultaneously. The occasion was the centenary of the Royal Air Force, known as the RAF. 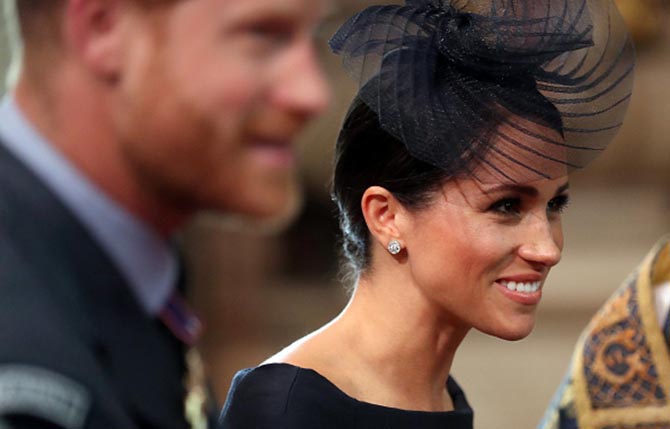 Prince Harry with Meghan, Duchess of Sussex, who is wearing her Cartier diamond studs. Photo Getty

For the event, that included a service at Westminster Abbey and an appearance of the royal family on the famous balcony at Buckingham Palace, Meghan, Duchess of Sussex, wore a custom black Dior cocktail dress with her signature boatneck silhouette and a Stephen Jones hat as well as her Galanterie de Cartier studs. They are the same earrings she wore for the royal wedding. It is the second day in a row Meghan has put on her Cartier diamonds. She paired the jewels with an olive Ralph Lauren ensemble and a Stephen Jones hat for Prince Louis’s Christening yesterday at St. James’s Palace. 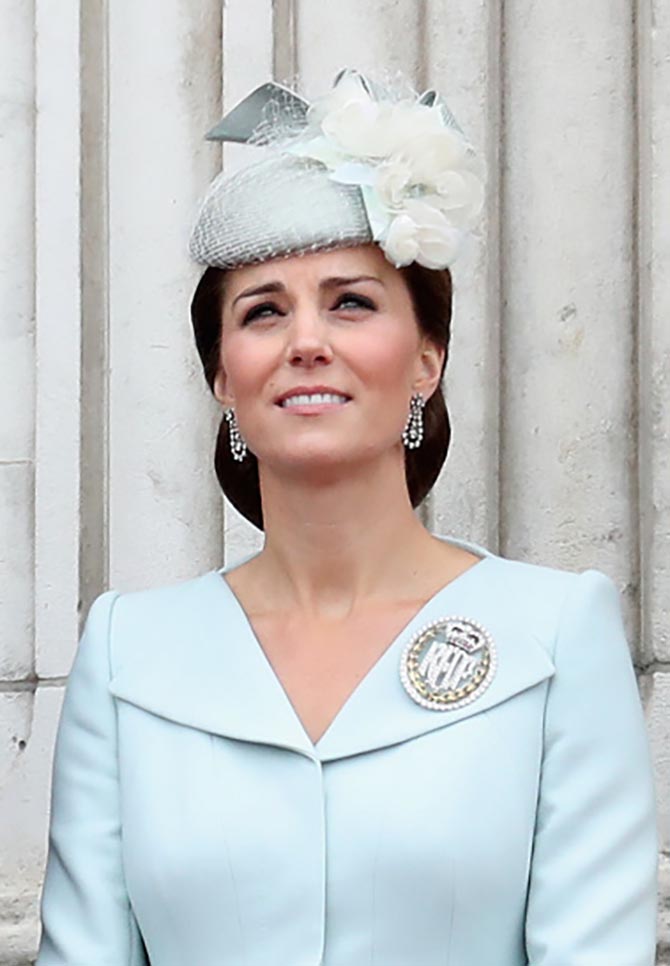 Kate, the Duchess of Cambridge’s appearance was a surprise. She is technically still on maternity leave, but the consensus is she attended the event because she is an Honorary Air Commandant and Patron of the RAF Cadets. It’s an honor that is boldly broadcast with the big diamond and gem-set Air Cadets Dacre brooch pinned to her Alexander McQueen coat dress. Traditionally, the piece was awarded to the top female ATC cadet. It was the highest honor any woman of rank could receive. In 2015 the tradition changed and women were given a Dacre sword like the men. That year the brooch was gifted to Kate. 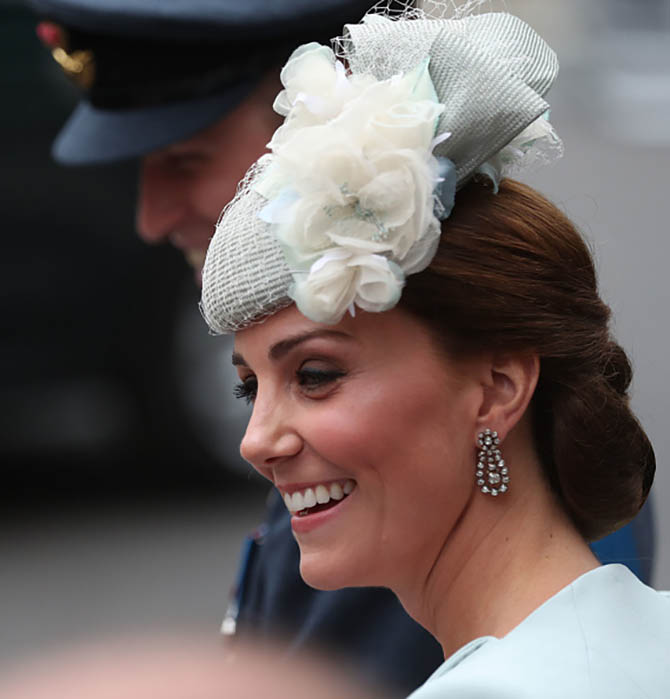 Kate Middleton, the Duchess of Cambridge, wearing antique diamond earrings for the centenary celebration of the RAF. Photo Getty

Middleton’s vintage diamond pendant earrings are the same pair, seemingly on permanent loan from the Queen, she wore to marvelous effect in 2017 at the Trooping of the Colors, an event celebrating the Queen’s birthday. And she has worn them on other occasions as well.