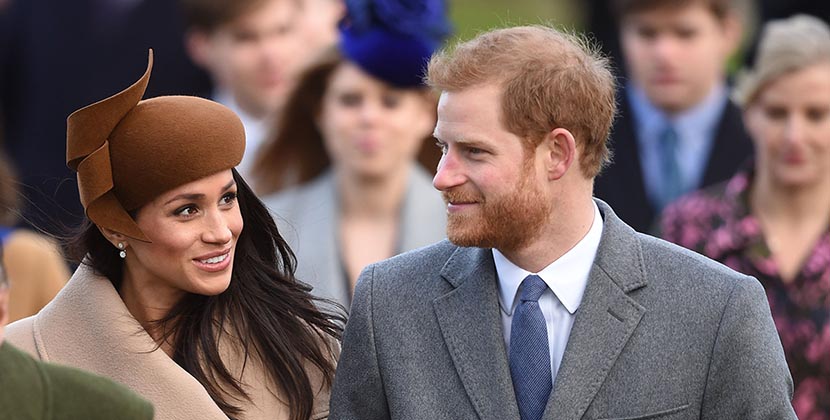 On Christmas Day, Meghan Markle joined Prince Harry and the royal family for a service at St. Mary Magdalene Church in Sandringham. For the traditional event the American actress added a bit of sparkle.

Diamond earrings, from the Canadian jeweler Birks, lit up her neutral toned ensemble that consisted of a brown hat by milliner Philip Treacy, a camel coat from Sentaler, suede Stuart Weitzman boots and a Cholé Small Pixie shoulder bag. 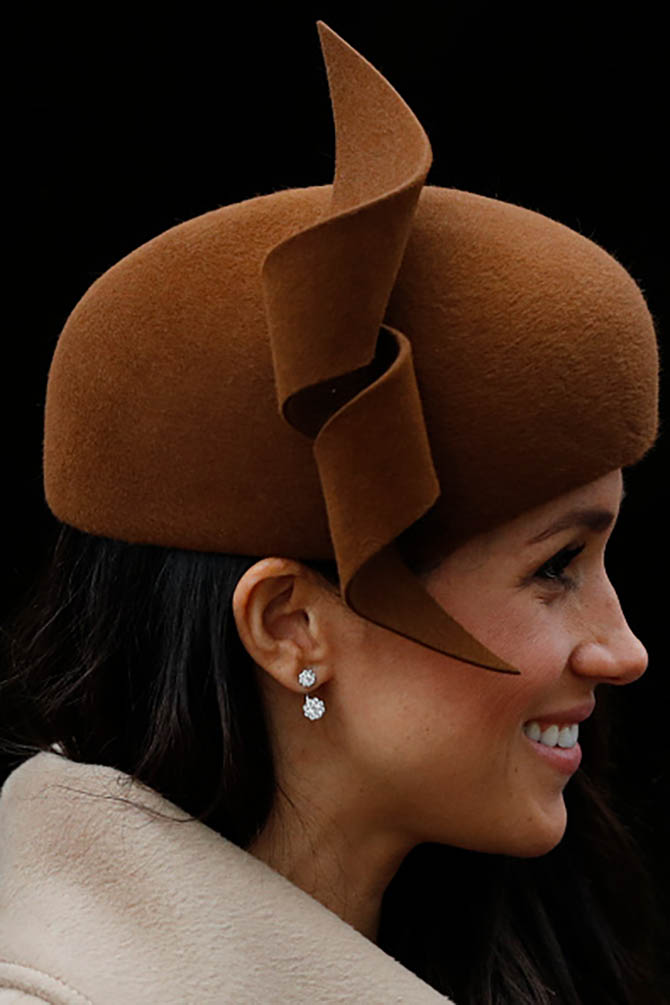 The diamond and 18K white gold earrings have a stud with pendant-jacket that attaches to the back and curves under beneath the lobe ending in the same diamond motif in a slightly larger size. From Birks’ Snowflake collection, the jewels are available in large and small renditions. The price is $5,995 and $3,195 in Canadian dollars which is around $4,712 and $2,511 in US dollars.

The earrings, that beautifully match Meghan’s engagement ring, are clearly a favorite jewel. She wore them to a pre-Christmas luncheon with the royal family hosted by Queen Elizabeth at Buckingham Palace.

When she acquired the jewels or if they were a gift is not known. They do not seem to have been part of her collection before the holidays. It is certainly possible they were a self-purchase from the period when she lived in Canada during the production of Suits. She became enamored with several Canadian brands while she was there. Or they could have been a present from Prince Harry or a friend that knew the Canadian label is one of her favorites. Opal and 18K gold studs from Birks were spotted underneath Meghan’s hair on the day her engagement to Prince Harry was announced to the press. 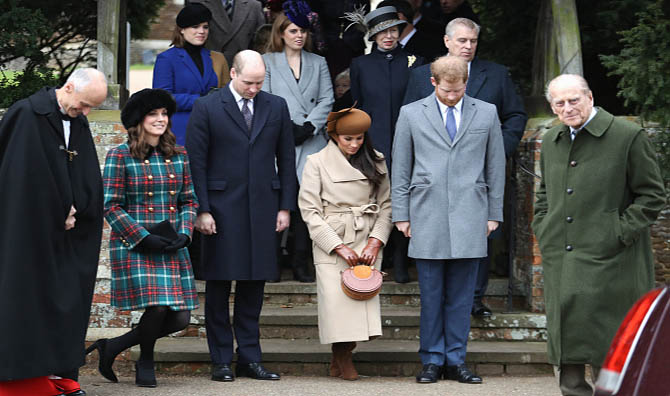 Kate Middleton, the Duchess of Cambridge and Meghan Markle curtsey while Prince William and Prince Harry bow as Queen Elizabeth and Prince Philip pass in front of them. Standing on the stairs are Princess Beatrice, Princess Eugenie, Princess Anne and Prince Andrew. The royal family was attending a Christmas Day service at Church of St Mary Magdalene. Photo by Chris Jackson/Getty Images

Obviously, I can’t wait to see Meghan in a jewel from the royal collection. Guessing which tiara, she might wear for the wedding is frankly keeping me up at night. And she will wear a tiara, because it’s what royals do, but I digress. For now, it is nice to see her in these jewels that are a stylish spin on diamond studs.