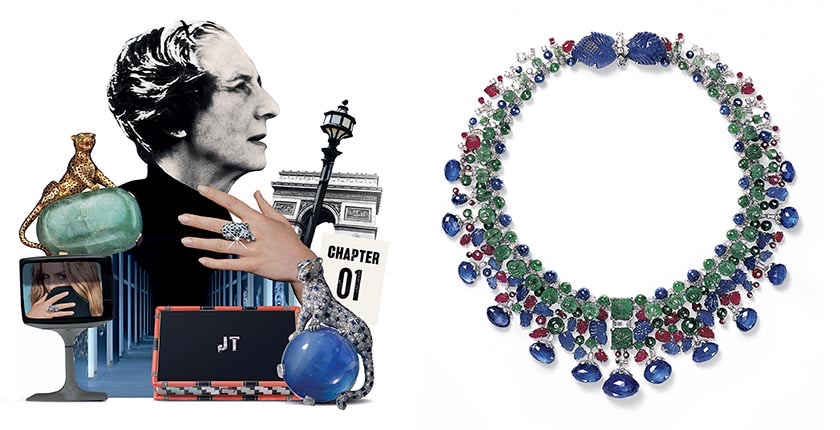 Cartier has just released several films in its L’Odyssée series covering historical highlights in an artistic way. The productions feel like long awaited sequels to the 2012 premiere of L’Odyssée, a mesmerizing 3-minute production. It followed a panther, the Cartier house cat, around the globe as it encountered cultures that have inspired the French firm, masterpieces including María Félix’s reptile jewels and a few icons of the House such as the Love Bracelet. The movie even had an original score, but there was no script.

The four new films add detail to the legendary jewelry stories with a French narrator speaking English over the action. See the movies, all under 3-minutes, below and subscribe to the Cartier YouTube channel for more to come in the future.

Creative Director Jeanne Toussaint who is become something of a 21st century pop culture icon after the debut of the Toussaint necklace in Ocean’s 8 is the subject of the first film that reveals why she is known as La Panthère.

Cartier ventured to Russia and is still influenced by the opulence of the court before the revolution. Find out how the story unfolds.

Find out when and where Louis Cartier became enchanted with Islamic art and see lots of items from the Cartier Archive collection that were inspired by the East.

Find out why the French jeweler opened a flagship in London in 1902 and how it has influenced the Cartier style.

The Backstory on That Cartier Necklace in Ocean’s 8