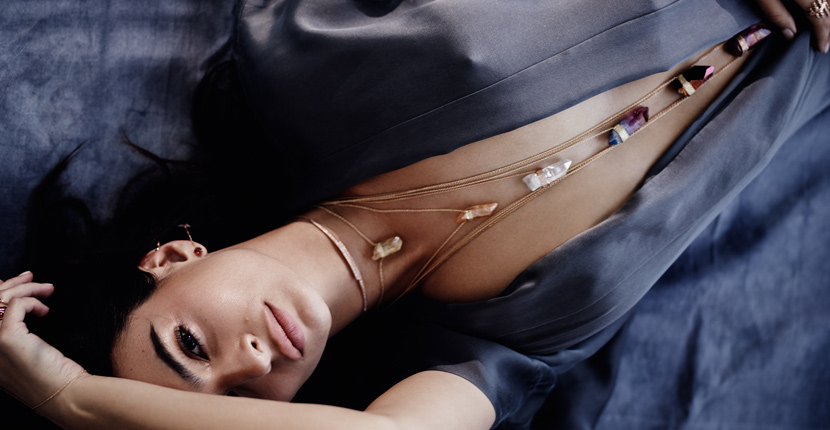 One of Rihanna’s favorite designers shares her secrets.

If you see a gold body chain on a celebrity, chances are the jewel is by Jacquie Aiche. No, check that. If you see a body chain on anybody you can credit Jacquie Aiche and her celebrity fans with igniting the hot jewelry style and keeping it on fire. The most recent sighting was on Beyoncé in her sensational visual album Lemonade. Way back in 2010, Rihanna was the first star to sport one of Jacquie’s body chains and she has continued to do so ever since.  Miley Cyrus has rocked the body chains countless times. Kate Hudson likes her Jacquie Aiche body chain so much she even kept it on once for a magazine photo shoot. All this high-profile exposure catapulted the nine-year old jewelry and lifestyle collection to fame ages ago. 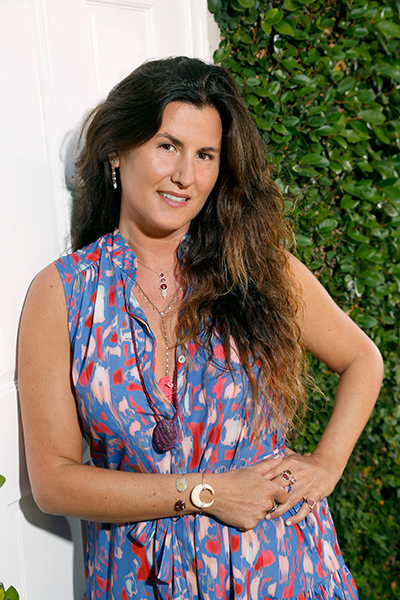 Jewelry designer Jacquie Aiche in the outdoor section of her Los Angeles studio.

From the beginning, the sexy nature of Jacquie’s signature style, that includes gold and diamond finger bracelets, belly chains, ankle bracelets as well as product extensions decorated with a Sweet Leaf, gave the designer a rebellious reputation. An image she enhances with campaigns that become more provocative every season. For Spring 2016, actress and Instagram sensation Emily Ratajkowski was the sole model in the look book. In most photos, she was draped in layers of the jewels and very little else.

While Jacquie embodies her #jatribe lifestyle collection completely—I have never seen her wearing shoes in her Los Angeles studio—she cannot be easily pigeon holed. Here are six things I learned about Jacquie Aiche that might just shock you.

The Jewel Designers Are Wearing This Summer