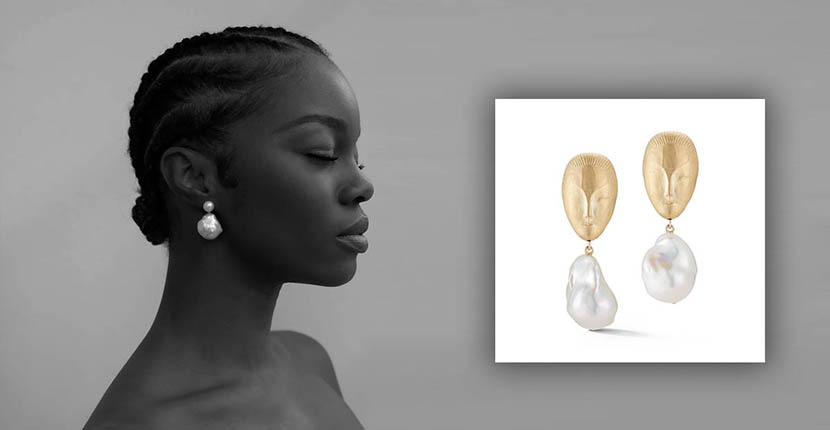 Checking in With Mateo

Almost from the moment Mateo launched his women’s jewelry collection in 2015 he became a star in the field. The Jamaican super talent has been on just about every editor’s list of Black jewelry designers to support and shop in the last couple of weeks. When I reached out to check in with Mateo, he said the recent coverage led to so much traffic on his website it briefly crashed.

It is easy to understand why so many people wanted to shop the collection. It is filled with stylish easy-to-wear jewels that complete an outfit. They are also affordably priced. For example, the diamond huggies with a pearl drop that Michelle Obama has worn are $450.

Mateo was one of the emerging talents I first met around the time I launched The Adventurine in 2016. In January of 2017, I named the designer as one of six who would be huge that year. The prediction was, of course, based on the beauty of the collection, but also on the fact that his work was appearing on celebrities and models and he had opened a chic little boutique in the NoLita neighborhood of Manhattan not to mentioned debuted at the then new African American Museum in Washington, D.C. 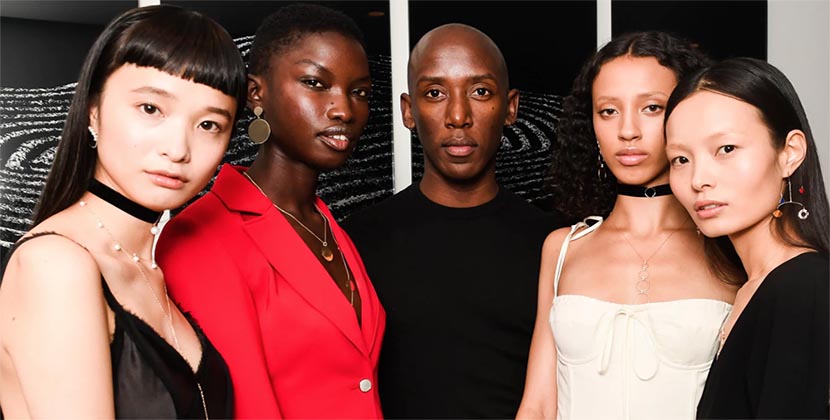 Mateo exceeded my predictions with his meteoric rise that year. He dressed a long list of celebrities and became a CFDA/Vogue Fashion Fund Finalist. A process he compared to getting an MBA in the intense demands of the competition where he went up against fashion and accessories designers.

Flash forward to now and Mateo, who relocated to Los Angeles in 2019, continues to innovate and move forward in ways that grow his business and evolve the brand. “During the lockdown period of the coronavirus I was solely focused on the business as opposed to being on the road traveling,” explains Mateo. “Among other things, I photographed a friend of mine wearing pieces in the collection that were not on models so clients could see how each piece looked when it was worn.” A former model, he taught himself how to light, shoot and load the images.

Mateo also made the decision—in the midst of the virus—when he was feeling hemmed in by his lack of work space at his apartment building to relocate to Houston, Texas where he bought a 3,000-square foot home. “The location is ideal because its closer to Jamaica and New York where I still do most of the manufacturing,” explains Mateo.

Find out more about the fascinating designer and his collection in a condensed and edited version of our recent phone conversation below. 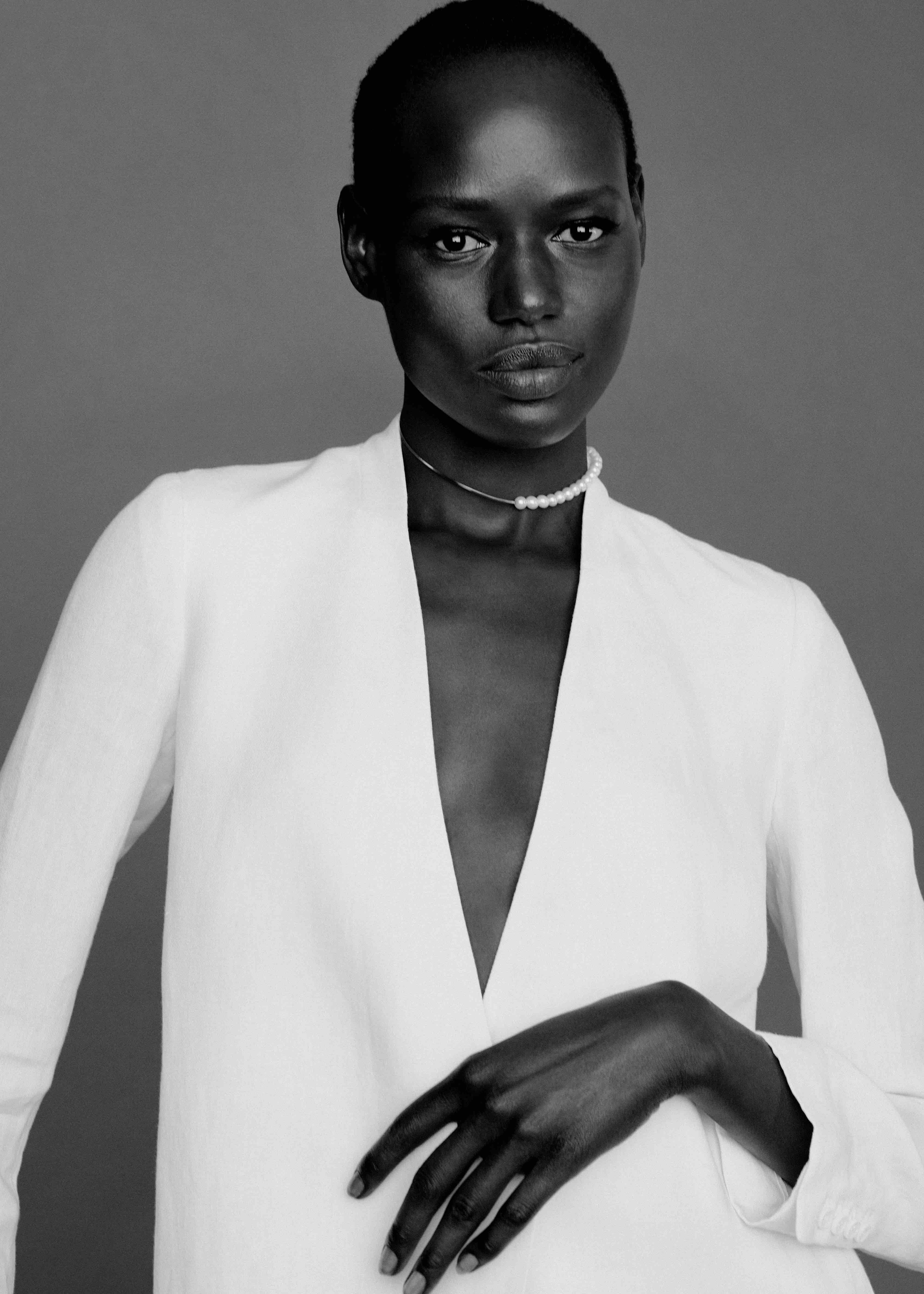 Your name is Matthew Harris. Where does the name Mateo come from?

It is my nickname. And my full name is actually Matthew Cornelius Harris. In Jamaica we often have old English plantation names. It is a wonderful name, but a bit braggadocios.

In the past I have always covered your collection in the moment of what you are doing. Tell me a little of the backstory of how you became a jewelry designer?

I can’t believe we never discussed this. I was studying for my masters degree which I never completed because it wasn’t for me. I left school in Washington, D.C. and moved to New York. I started modeling and I didn’t love that either. Modeling you don’t have control of your life. I wanted something more meaningful. I began working with a jewelry designer and I got her into Barney’s.

Around this time, I met a stranger on a bus who told me I had to read this book, Think and Grow Rich by Napolean Hill.  In the book it talks about how every person should have a burning desire. And you cannot live without this one thing. I realized, maybe I could start my own jewelry brand. It began with macramé bracelets for guys. I got it into Nordstrom’s and Macy’s. Then I wanted to challenge myself again and launched the women’s collection. 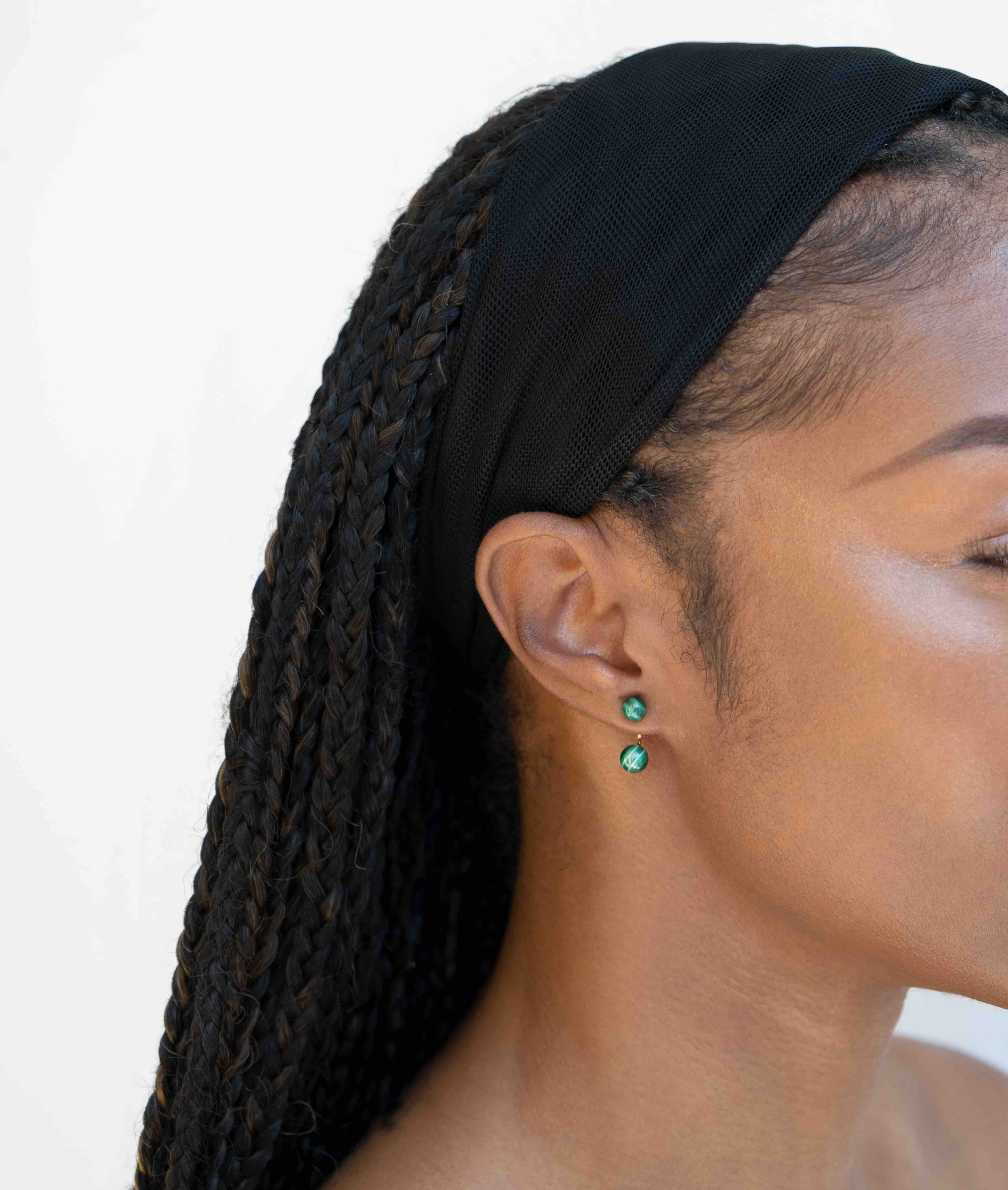 Let’s talk about some specific elements of the collection. What are your sources of inspiration?

The sculpture of Brancusi, Calder, Kandisky are always on my mind. The Eve Baroque Pearl earrings are a tribute to Brancusi’s Head of a Woman. She is like Eve, the first woman on earth. The piece is hand carved. It is more or a couture item in the collection as opposed to the prêt-à-porter pieces.

How do you choose the palette of gems for your jewels?

The theory behind how I choose some colors is inspired by the black, green and gold in the Jamaican flag. I use a lot of onyx, green stones and always yellow gold. It is a background represented with the flag this way in the jewels.

Other colors are just fun and excitement. I love a morganite and turquoise. It’s the tropical island vibe of Jamaica, but I make the look modern. 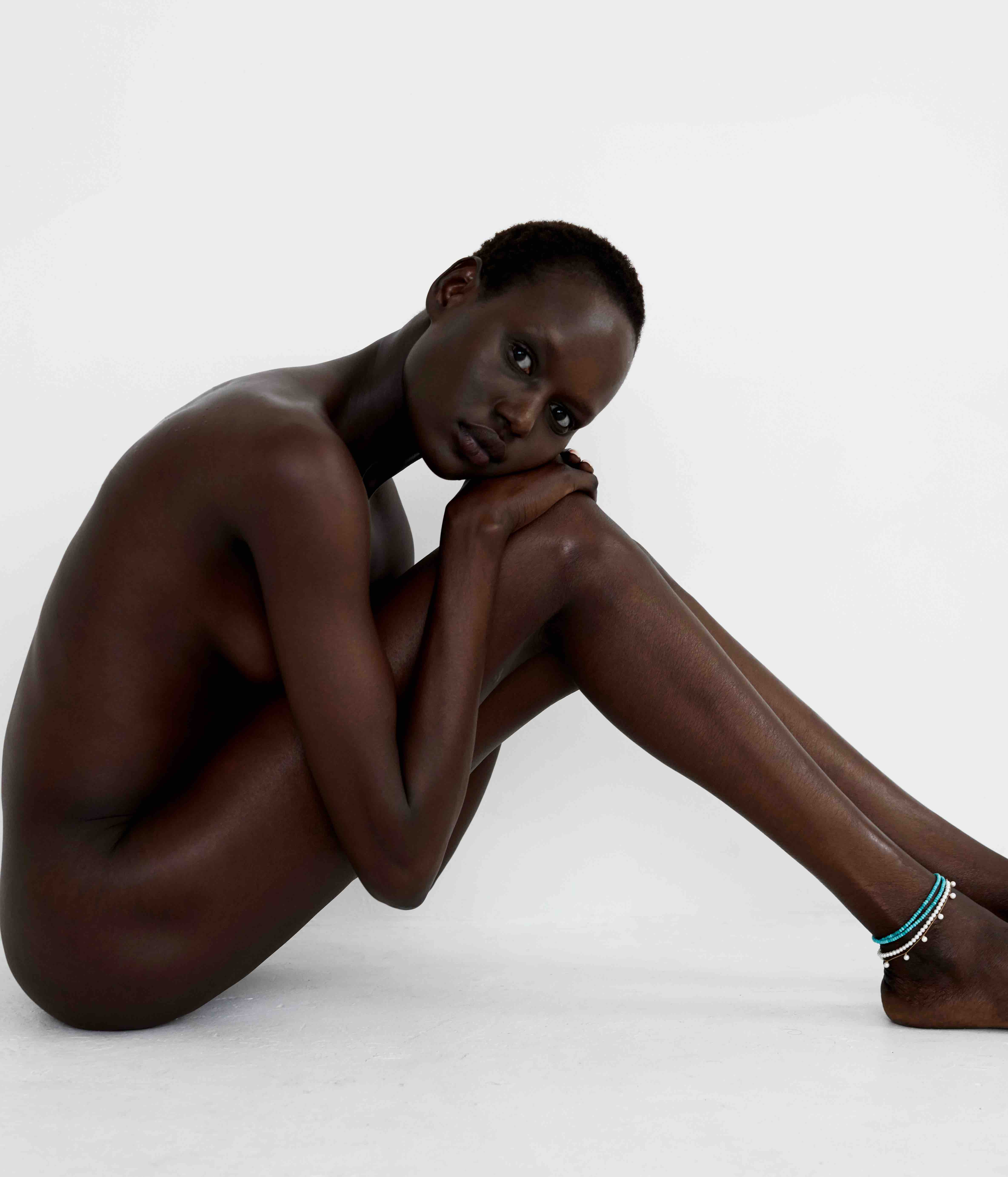 A model wearing Mateo’s 14K gold turquoise anklet among other anklets by the designer. Photo courtesy

You mentioned that one day you would finally like to move back home to Jamaica. You have always been so nimble the way you move and grow. Why does that part of your strategy have to wait?

There is no infrastructure in Jamaica so it would be impossible to get the work done in a way I need to there now. I think about ways I can help in the future. Who knows maybe one day I could start a school there. I mentor young designers now and find it very fulfilling.  Maybe just teach people beading and empower people to dream and have visions of being a designer.

Have A Heart By Ten Thousand Things For BLM

Get to Know A.M. Thorne