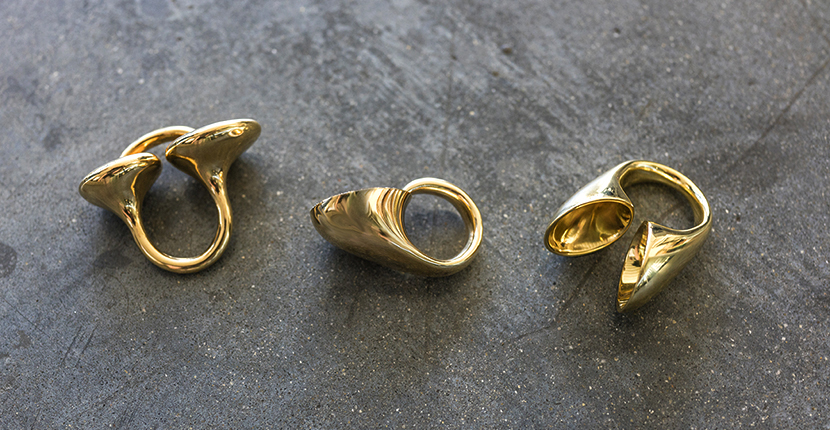 The designer’s debut collection in gold is astonishing

What inspires a breakthrough collection? In the case of Vram, a Los Angeles based jewelry designer who goes by his first name only, it’s love, life and art. To be more specific, when the newlywed’s wife, Sevane, became pregnant, it got Vram to thinking about a rebirth of sorts. He wanted to express his passion for sculpture, especially the work of Brancusi and Henry Moore, in his first gold collection.

Once Vram had the idea, the designs literally came to him in dreams. “As soon as I would wake up, I had to draw,” he explains.  “I sketched forms that expressed my visions of volume and shape, space and sound, spheres, pods and helixes.” 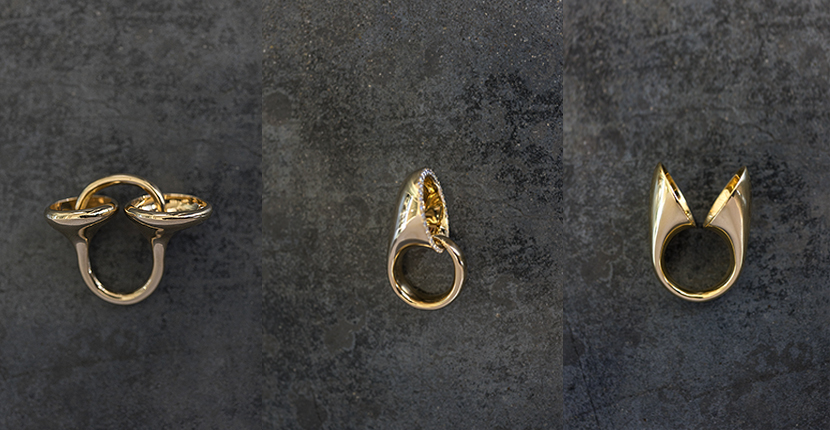 Vram knew just how to execute his concepts. He had learned every angle of creating jewelry over his thirty-year career. After college, he studied traditional design techniques at the Gemological Institute of America (GIA) in California where he emigrated from Paris by way of Beirut. Next he went into classical wax model making. Finally, he became a master craftsman. With all his skills, Vram built a successful bridal collection of spectacular rings with special diamond and colored stone jewels in the mix.

The new gold designs are unlike anything Vram has done before. For a fourteen-month development period, he worked with his team of craftsmen in his Los Angeles based studio refining the voluminous forms. Sections of each piece that would receive shiny or matte finishes were carefully considered. The sculptural integrity of the rings was perfected. There are no seams or edges whatsoever on the smooth surfaces. 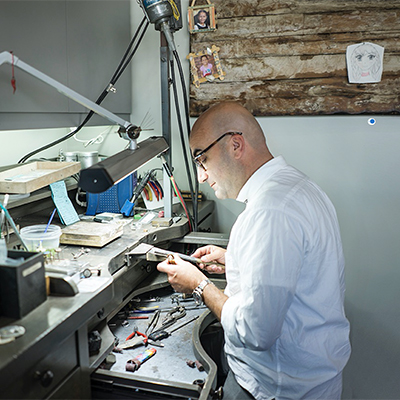 “I wanted the jewels to have a wow effect,” Vram says. While there are some earrings and bracelets in the collection, it’s mainly rings.  “The rings are not one or two dimensions they are fully three dimensional. They look like sculptures even when they are resting on a nightstand.” Vram gave each piece a name related to movement in mathematics. There is Sinc, Sine and Echo among others. The entire collection is called Continuum because Vram says, “It’s about the circle of life.”

The New Collection by Sarah Hendler is Delicious