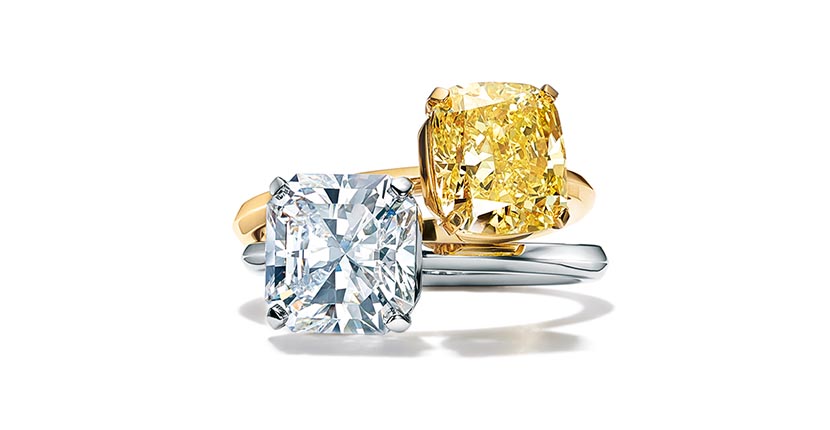 Tiffany invented the modern engagement. Founder Charles Lewis Tiffany conceived the Tiffany Setting in 1886. The meticulous design had six-prongs lifting a round diamond above a slender gold ring. It put the gem on a pedestal and let it shine. The design has become quite literally the symbol of what an engagement ring looks like. One popular culture example of its icon status: the emoji for an engagement ring is a diamond in a six-prong setting.

Over the years Tiffany has, of course, designed countless other engagement ring styles, but the new one being released today feels different. It has the spirit of the Tiffany Setting. It also has a totally contemporary quality. The balance of looking forward and back is not easy to accomplish in a minimalist design. Tiffany managed to do it with striking details that show it understands what bride’s want now as much as it did way back when. 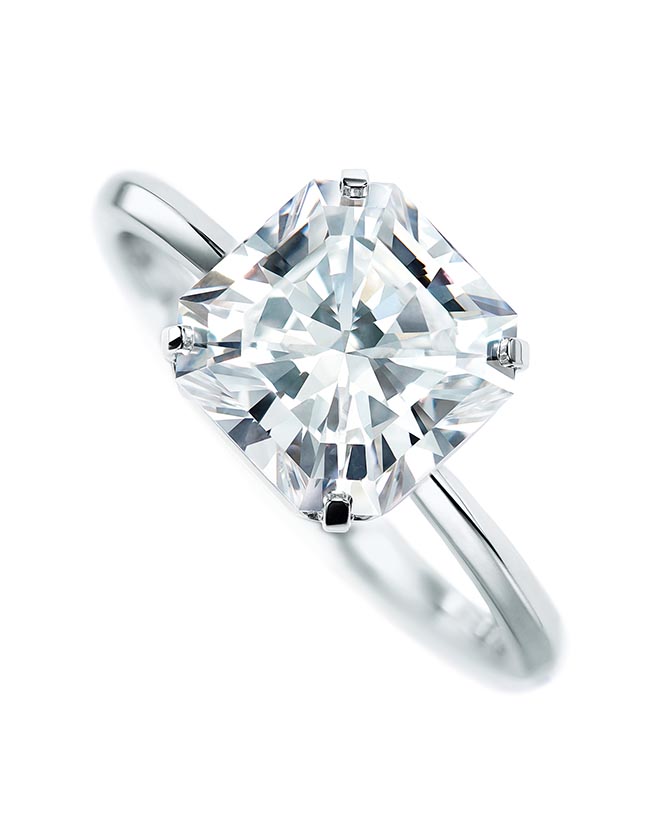 The diamond at the center comes with Tiffany’s promise that it was sustainably sourced. Each center stone is cut from a rough diamond into a new gem shape invented by Tiffany. Dubbed the Tiffany True, the square-mixed cut shape acknowledges how popular square and rectangular diamonds have become in engagement rings. The Tiffany True has a large table (the main facet on the top) for maximum dispersion of light. The gem has been designed specifically to sit low on a women’s hand, a quality so many bride’s want in their engagement ring today. 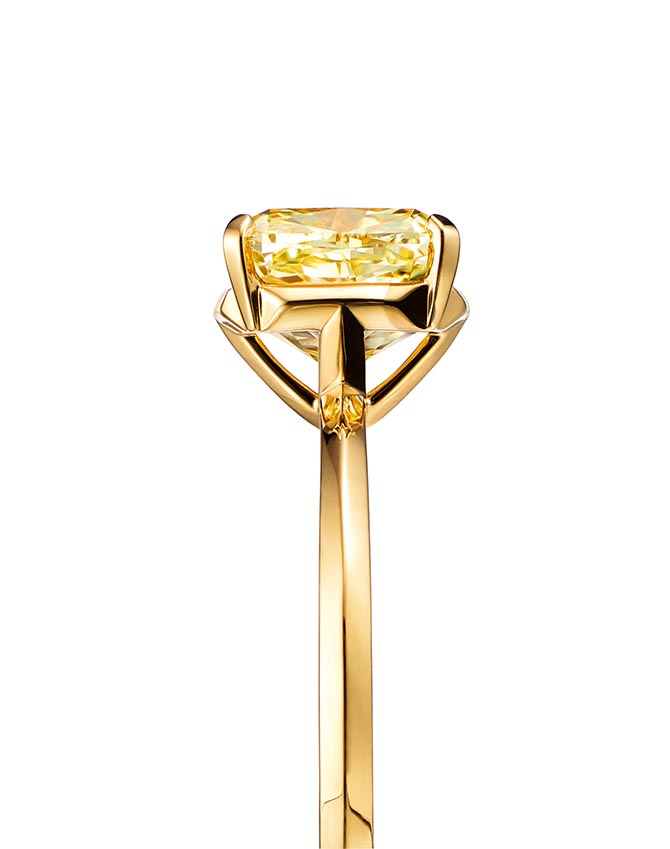 The prongs holding the stone are engineered to be streamlined and discreet so they don’t distract from the brilliance of the diamond. The basket holding the gem is subtly decorated with a “T” shape. It’s a smart design decision to discreetly brand the ring. Much in the same way women take pride in their love of certain clothing designers, they want to have that quality label on their jewelry.

There have also been legal issues about the Tiffany Setting over the years where other engagement ring creators have idiotically claimed the design of the Tiffany Setting was generic. Obviously, it’s not. It was conceived by Tiffany who has won court battles proving as much. The “T” on the True nips any future legal battles in the bud. 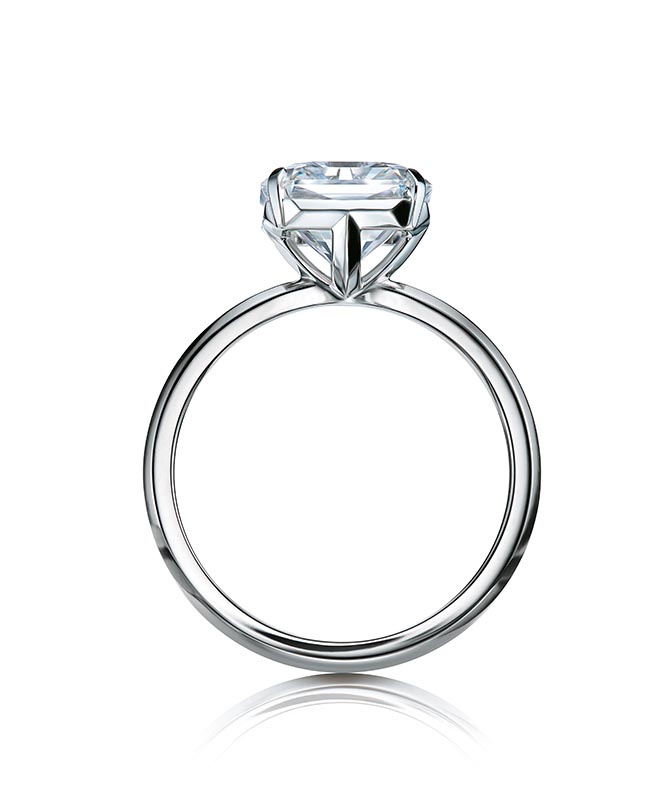 The Tiffany True is available with white diamonds in platinum and yellow diamonds in yellow gold. The sunshine metal is a hat tip to the yellow gold ring on the original Tiffany Setting made in 1886.

The Tiffany True is available in Tiffany stores today. It will launch online in October, 2018.