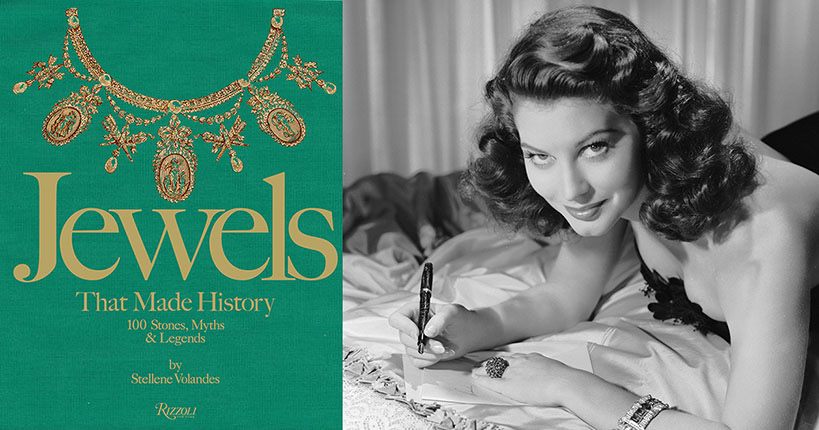 Jewels That Made History

Oh, sure you could cite scholars from the distant past who circled around the subject like the ancient Roman, Pliny the Elder, and Louis XIV’s gem dealer Jean Baptiste-Tavernier who wrote about his travels in India where he acquired the Hope Diamond. And there is, of course, the father of American gemology Tiffany’s George Fredrick Kunz who was a prolific writer.

But these authors focused on gems, as opposed to jewelry design.

From Jewels That Made History: Back view of actress Carlotta Monterey’s who is wearing Cartier jewels. Photo Getty

One great jewelry historian who stands out from the distant past is Henri Vever. His landmark work, French Jewelry of the 19th Century, originally published well over 100-years ago, documents styles dating from the Second Empire through the Art Nouveau period.

The modern era of jewelry history began percolating in the 1970s when Cartier staged its first exhibition at the Fifth Avenue Mansion in New York, titled Retrospective-Louis Cartier: One Hundred and One Years of the Jewelers Art. In 1984 jewelry history started to truly take off with Hans Nadelhoffer’s book Cartier: Jewelers Extraordinary. It’s not a coincidence that Cartier ignited the modern history of jewelry studies, but that is another story for another day.

I bring up this brief history of the history of jewelry to illustrate a point.

Because the field is young, there is no set formula for how things are done. It’s still hard to find facts. The internet has actually made it worse with all the misinformation floating around and getting amplified in multiples stories that make the same mistakes. You have to be part treasure hunter and part investigative journalist to get involved with jewelry history. There is not even a generally agreed upon timeline of key events from the past.

Stellene Volandes, a jewelry enthusiast, Town & Country editor-in-chief and my friend, has tackled the topic of a timeline in her new Rizzoli book Jewels That Made History: 100 Stones, Myths & Legends. While the title might sound like a big heavy tome, it is small format and high spirited. 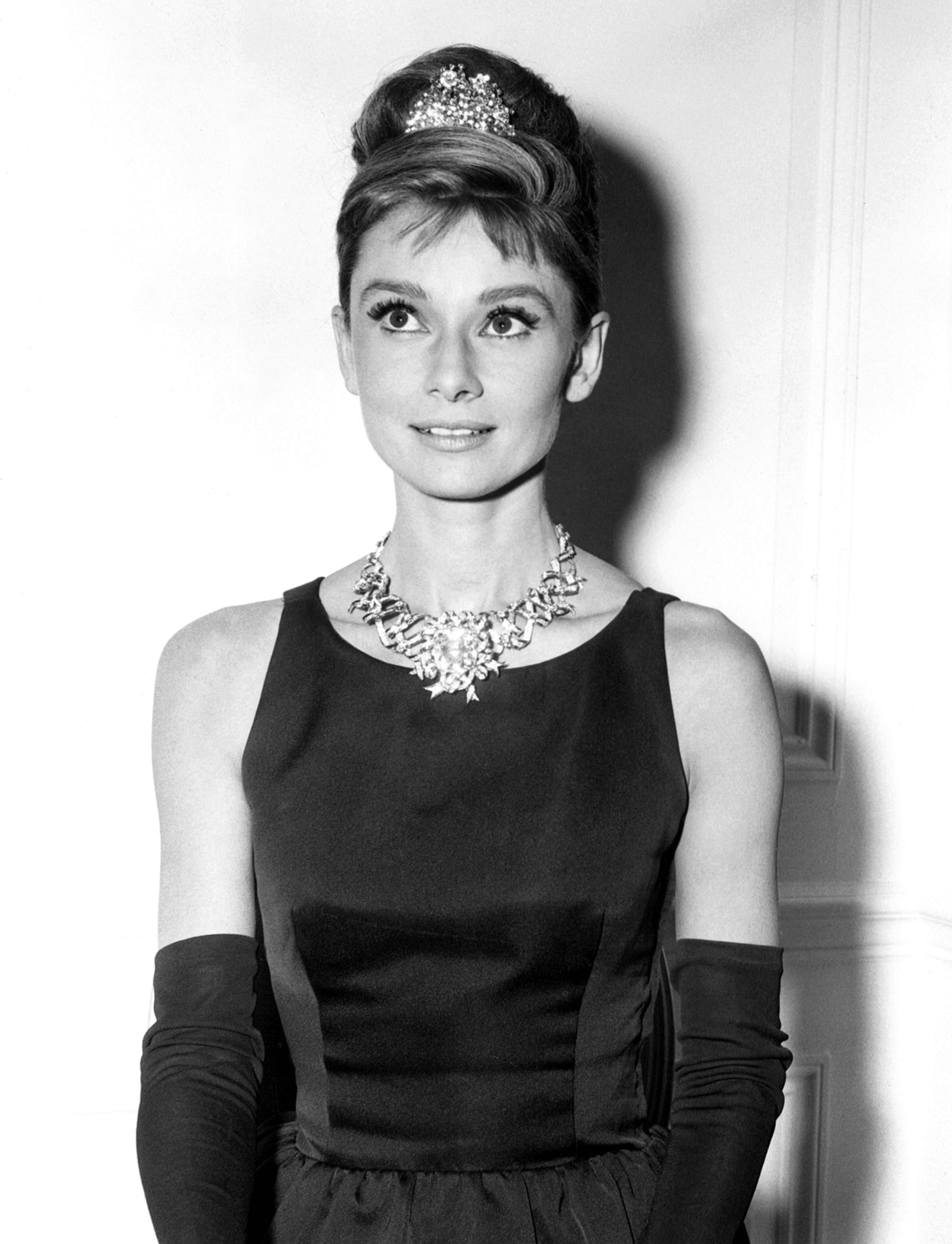 From Jewels That Made History: Audrey Hepburn on the Breakfast at Tiffany’s set wearing the Tiffany Diamond in a necklace designed by Jean Schlumberger. Photo © Archivio GBB / Bridgeman Images

Stellene spells out her modus operandi in the introduction. “This is not the history of jewelry. And it is not a history of the world,” she explains. “Rather, this book is a highly opinionated chronicle of select moments where these forces collide.”

Then Stellene and the book are off and running. The 100 topics begin with the Neolithic Age and end with Audrey Hepburn, Lady Gaga and the Tiffany Diamond as well as the Dresden Green Diamond jewel that wasn’t stolen last year. Everything is reviewed rapidly. Almost all of the 100 subjects have a double page spread with one image and anywhere from one sentence to five paragraphs of text.

Stellene gives each spread a title and many are real grabbers. “They Called It Art Deco” covers, well, you know. “Are You There World? It’s Me, Wallis” is a dash through a few treasures that were once in the Duchess of Windsor’s jewelry box. “Road Trip!” reviews Harry Winston’s traveling Court of Jewels that included the Hope Diamond. 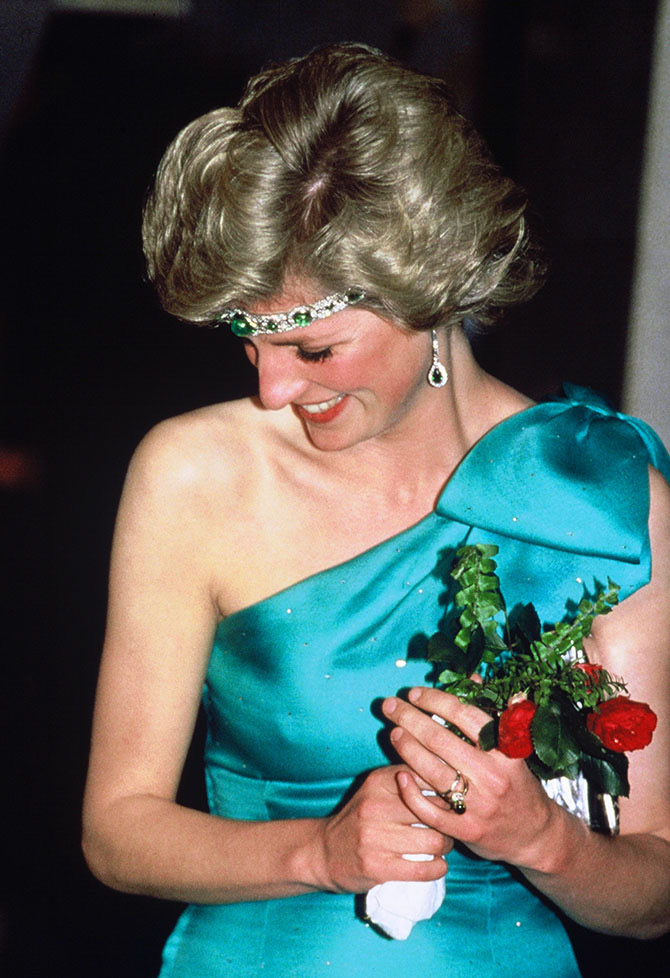 From Jewels That Made History: Princess Diana wearing an Art Deco necklace as a tiara in 1985. Photo by Anwar Hussein/Getty Images

“The Royal Rebel” is about an ensemble Princess Diana wore one evening in 1985. Stellene writes:

Is this jewelry as rebel yell? There were certainly jewels she wore more often—the Cambridge Lover’s Knot Tiara, that sapphire and diamond necklace, the Spencer family pearls—but if there was one jewelry signature that defined Diana’s individuality, it was the moment she decided that the art deco emerald and diamond choker that Queen Elizabeth had given her as a wedding gift, the one that dated back to Queen Mary, would look really great as a headband. She wore it, to dance with her husband, Charles, Prince of Wales, during an official tour of Australia.

Did this Diana jewelry moment ‘make history’ as the title of the book suggests?

In retrospect, considering the super safe styles royals wear today, not to mention the traditional looks of the distant past, I have to say, it kind of did make history. And even if you disagree about the impact on history, you have to admit it’s fun taking a look back to see it. Stellene’s jewelry history timeline is filled with this kind of entertainment.