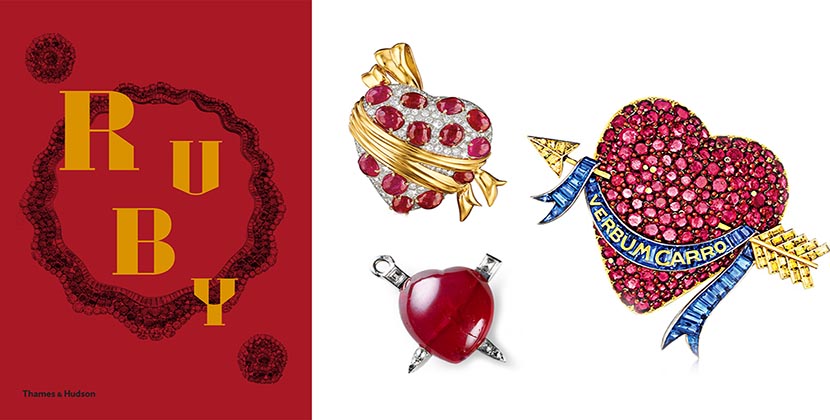 Cover of 'Ruby' by Joanna Hardy and heart jewels from the book by Verdura, Flato and Cartier Photo courtesy

‘Ruby: The King of Gems’ by Joanna Hardy

There is no other holiday as closely associated with a precious gem than Valentine’s Day. The romantic ruby is the color of love. It also has a history that is romantic, glamorous and intriguing. Jewelry historian Joanna Hardy has tackled the topic in her new book Ruby created in collaboration with Gemfields. The book covers everything from the history of ruby mining to the greatest ruby jewelry designs over time. Following are a few of my favorite historic pieces from the publication. There are hundreds more in the book. Add it to your library now. It’s like a romance novel for gem geeks. 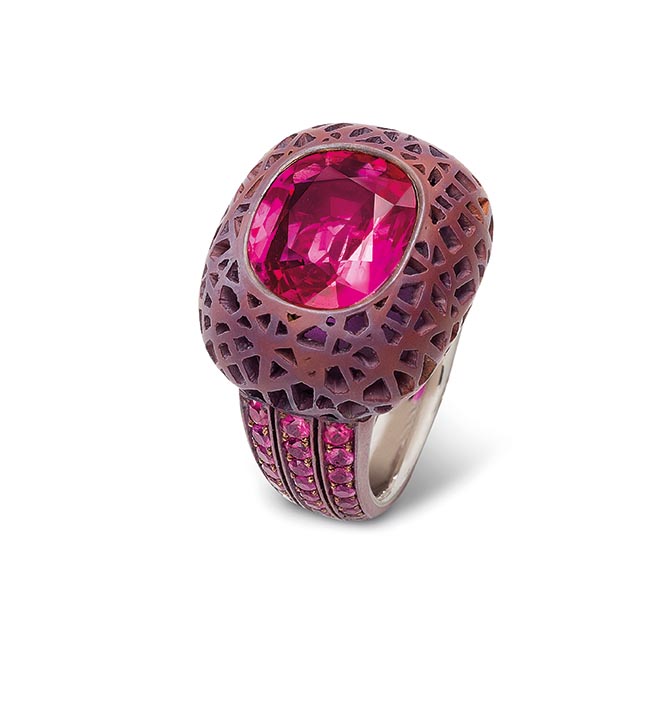 Hemmerle cabochon ruby ring set with a 5.33 carat Burmese ruby made in 2003. 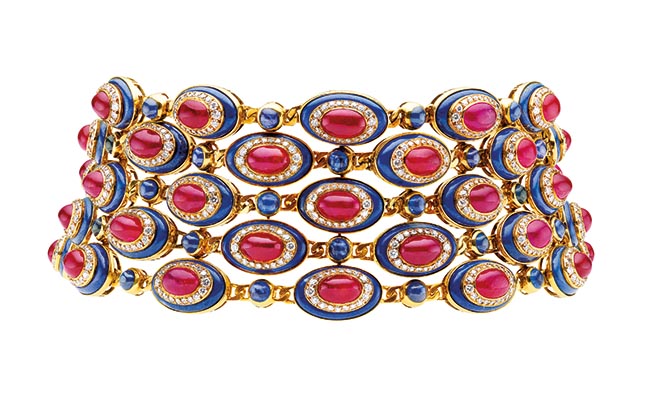 Photo courtesy from the ‘Ruby’ book by Joanna Hardy’

Bulgari choker in gold with rubies, sapphires, lapis lazuli and diamonds made by Bulgari around 1979.

Photo courtesy from the ‘Ruby’ book by Joanna Hardy’

Millicent Rogers’ ruby and gold heart brooch designed by Verdura for Paul Flato. The jewel also has yellow diamonds and calibré-cut sapphires in a ribbon with the Latin phrase in gold “Verbum carro.” Roughly translated it is believed to mean  “The word made flesh” or “A word to my dear one.” 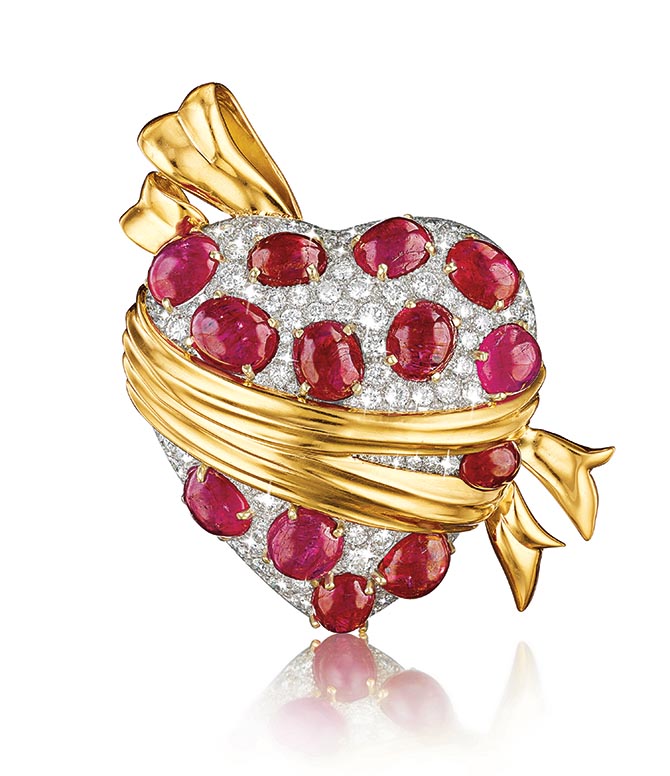 The Wrapped Sash Heart ruby, diamond and gold brooch by Verdura circa 1940 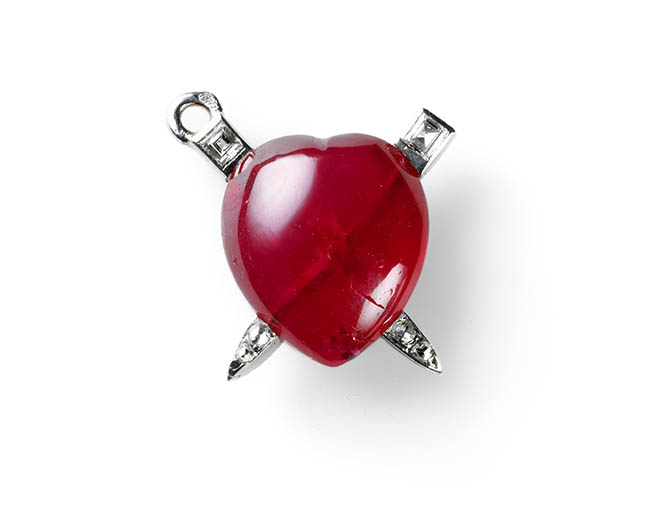 The Cartier Breloque Coeur made in 1929 from a heart-shaped cabochon ruby crossed by platinum and diamond studs.

Books to Give the Jewelry Lovers On Your List