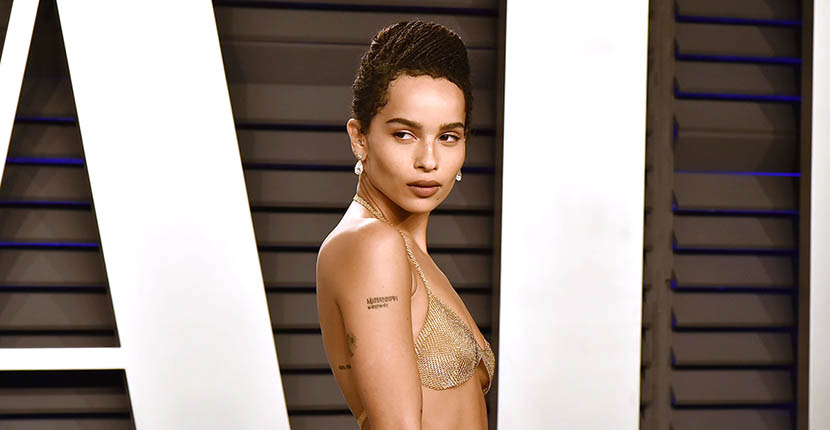 March 1, 2019—A sweetness and spice combo has been Zoë Kravitz’s eye-catching red-carpet formula for the last year. Lots of pink, strapless columnar dresses, big bows, feathers, lace and huge statement earrings often in pear-shapes. All the looks played in contrast to her cool tattooed and pierced self. There were so many amazing moments put together in this general formula with her stylist Andrew Mukamal, we named Kravitz our Red Carpet Jewelry Star of 2018.

Well, Zoë switched things up for her first major red carpet of 2019. At the Vanity Fair Oscar party, the Big Little Lies star stunned in an 18K gold Mesh Halter Bra designed by the great Elsa Peretti for Tiffany. She paired the pieces with assorted Tiffany diamond jewels and a low-slung black skirt from Saint Laurent. 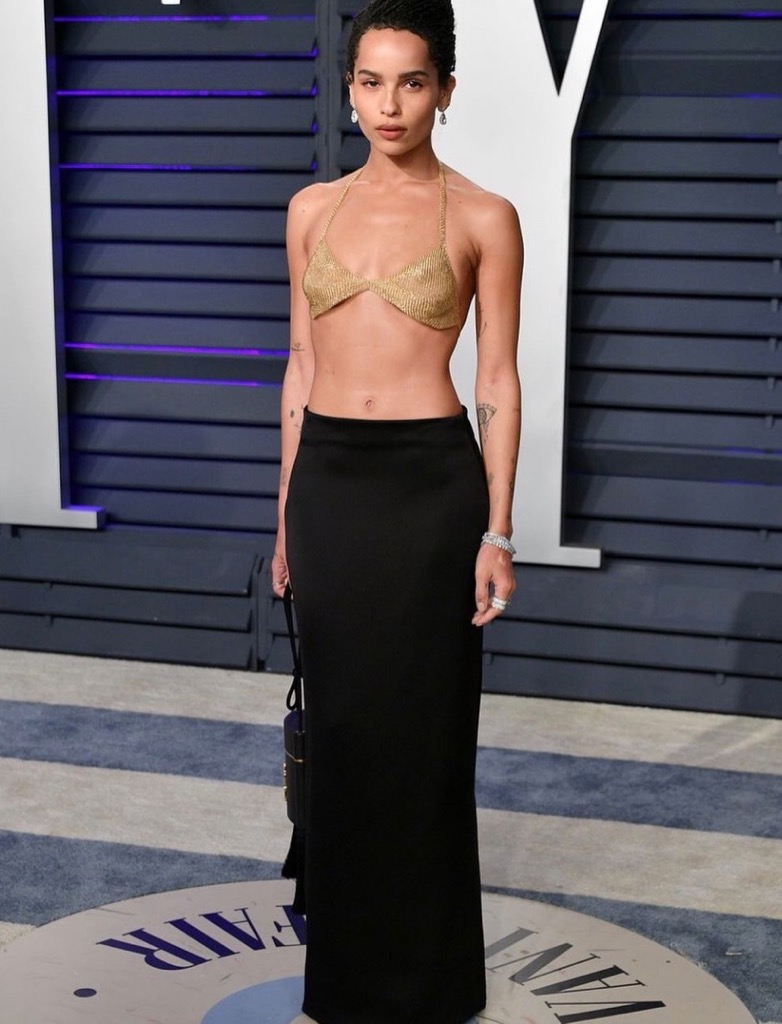 While the $24,000 top looked absolutely of the moment, it was originally conceived by Peretti around the time she joined Tiffany in 1974. Elsa had the idea for the bra during a trip to India where she saw mesh being handmade. The problem was how to make mesh in Manhattan.

Elsa contacted the Director of the Jewelry Department at the Fashion Institute of Technology, Samuel Beizer to see if he could help her figure it out. Together, they found old machines that were originally used to manufacture the pressure metal mesh for evening bags in the early years of the 20th century. Elsa and Sam used these apparatuses to make the first bra. The construction was such that there were no seams on the many links. It was smooth to the touch. 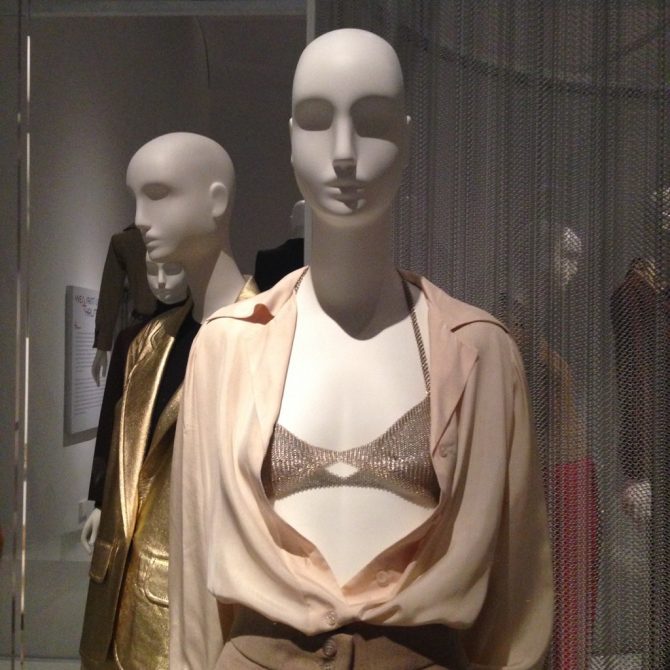 Elsa’s great friend and collaborator, Halston used the mesh bra in his Fall 1975 presentation. The piece was styled underneath an open button-down shirt. The look was recreated for the 2015 Fashion Institute of Technology exhibition Yves Saint Laurent and Halston: Fashioning the ‘70s with one of Elsa’s silver mesh Halter Bras from the collection of Lally Weymouth. After the 1975 Halston fashion show, Elsa recalled, “Tiffany was swamped with calls from people dying to get a gold bra.” 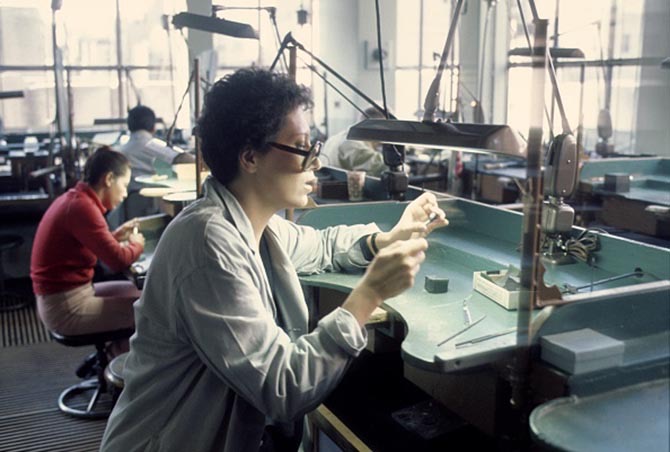 Designer Elsa Peretti working on jewelry at the Tiffany workshop in New York during the 1970s. Photo Getty

Undoubtedly, Zoë Kravitz appearance inspired more than a few people to consider the sexy top, if not another one of the many other pieces from Elsa Peretti’s Mesh collection. The gold Halter Bra jewel turning up on the same night as the 128.54-carat Tiffany Diamond on Lady Gaga showed the depth and breadth of styles at the great American jeweler. The blend of looks is just how founder Charles Lewis Tiffany positioned the firm from the beginning. It is like a reflection of the great melting pot that is New York.