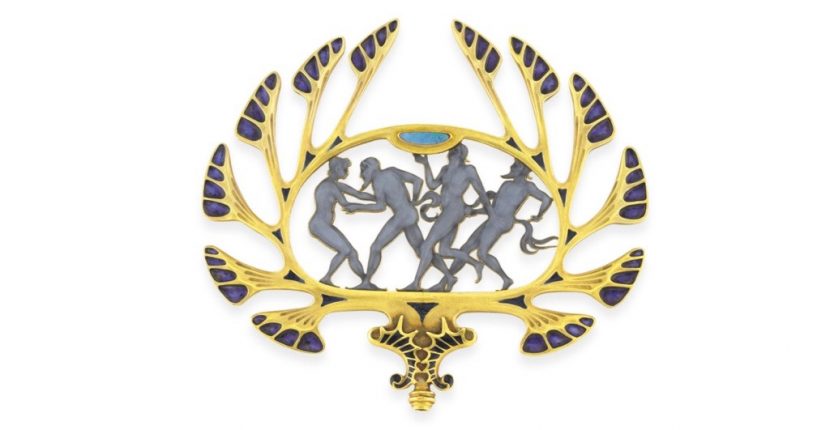 March 6, 2019—Bang! Every day working with Penny Proddow began in the same way. She flew into the R. Esmerian, Inc. suite of offices at Rockefeller Center chirped a cheerful “hello” to all before landing in the library where we shared a large conference table decked out with two phones, our Apple laptops, one HP printer and a table top marble sculpture of a polar bear by François Pompon. Bang! She would plop down one of her signature Louis Vuitton Speedy bags and dive right into the topic of day. She always opened the discussion with a bang!

Penny was not only dramatic, she was also seriously brilliant. A classicist, she could tell the story of any myth from Homer to the Aneid found in the hundreds of 18th and 19th century engraved gems in the office collection, bringing the pieces vibrantly to life. She added a lot of background to the history of 20th century jewelry too. During the course of her career, she uncovered many biographies and design sources of inspiration. The jewel in the photo above is called the “Brygos Painter” Hat Pin because Penny found the black and red vase with the scene at the British Museum that René Lalique more or less depicted in enamel and gold. 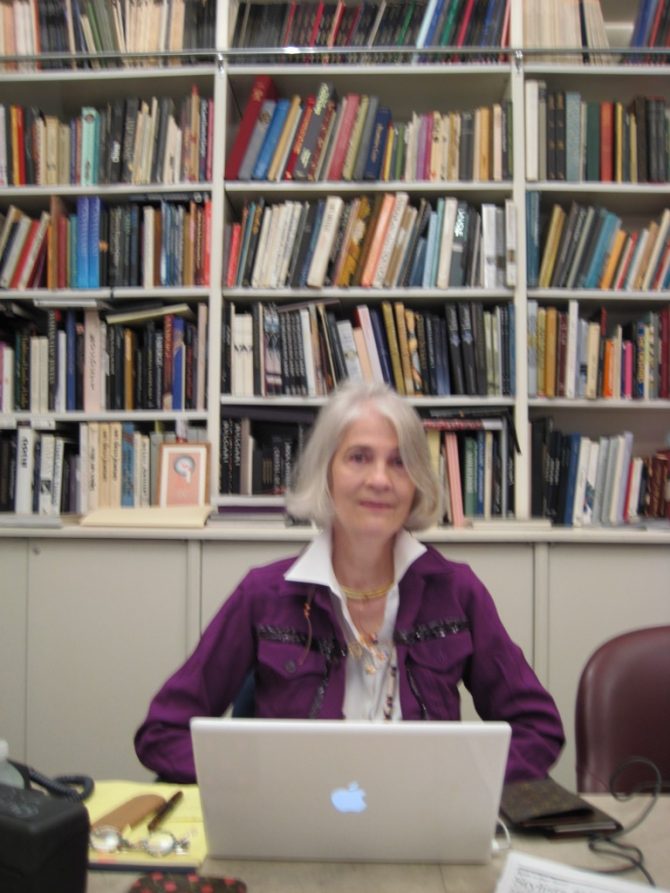 This image is blurry, but I wanted to share it because it shows Penny seated at the conference table in the library at R. Esmerian, Inc. Photo Marion Fasel

Penny and I worked together for almost 20-years. At the aforementioned conference table, we wrote five books, countless articles for InStyle and executed any number of other projects. Some point along the way, I started writing down some of the hilarious remarks she would say off the top of her head. She never knew I was doing it. I don’t know when I started. I knew I wanted to remember her witticisms. The way she mixed metaphors, mashed up historical references and sliced through a day’s work with originality and charm is what I miss the most.

At Penny’s 2009 memorial at the Weil Recital Hall at Carnegie Hall, 10 of my favorite quotes were put on the back of the program. In loving memory of Penny who died 10 years ago, I wanted to share more. If you knew her, I hope they put a smile on your face. If you didn’t know her I hope you get a sense that she was one-of-a-kind. 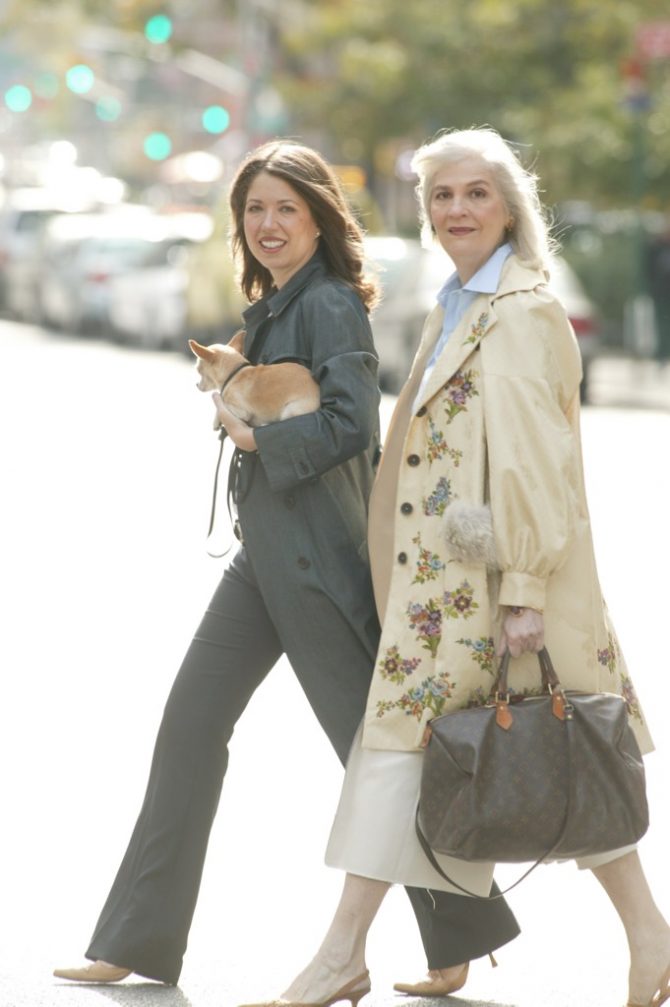 A 2004 image of Marion Fasel with Penny Proddow walking in the streets of New York. Photo Craig Blankenhorn

I live wrapped around an exclamation point. It is exhausting.

The week is young and everyone is bored.

When the going gets tough, everyone evaporates.

We are all in this ship America together.

On the phone explaining why we can’t see somebody: We love you. It is just the centrifugal force that is the ferris wheel of New York.

I was thinking this morning as I was walking to work, tacky is just another word for you can see the darn thing.

We are in an office now where doors open and shut. It is like exit stage left and right.

I am a lily pond. My mind is serene.

He is like a wild animal, you put out a piece of sugar and he comes around.

An idle mind is a mess.

On celebrities going to Africa: Well it is a good way for the world to get to know Americans considering our government is filled with war maniacs and sex perverts.

During the heat wave: I am hanging in there—even though when I go outside I feel like I am being lightly sautéed.

I could go a long way on the petrol that is praise.

We took it to its end and crashed over a cliff like Thelma and Louise. Now we are climbing back on the backs of the art department.

He is with his Marco Polo team. I think he sees himself as Genghis Kahn.

When you ask her about him, she is so secretive—as though he was President Bush during a terrorist attack.

Let’s not be optimist. Let’s look life in the face for what it is. We have terrorists posing in the Richard Avedon mode. They look like Vanity Fair contributors.

We have two big things in this country—the government and Hollywood. And you never know which one is going to be more irritating.

I have such a back-log of things in my mind, I am going to leave my brain to the Jewelry Institute.

It is like when the printing press was invented, the monks said “we are going out of business.”

It is my type of affair, unpopulated with really good food

I am turning over new leaves. You won’t recognize me in about 5 days time. I will be like a Redwood.

While eating Swiss chocolates: These are good but nothing beats M & Ms, something America did with little fanfare. Can you imagine making chocolate what your country is known for?

It is one thing to do an homage and do it nicely. It is another thing to fuck up the homage and just make it grand theft!

It is so cold outside you could put Chapstick on your cheeks.

On the phone to someone in Connecticut: Oh well that is good, we are chilly in New York but we do like to hear people are chillier.

We have jumped into the pool and the water is cold.

It is a Winston Churchill moment, “We are in hell, walk on.”

I feel like Jerry Maguire, “Show me the jewelry.”

In Style is like surfing. Sometimes it is wonderful. Sometimes you have to be resuscitated for air.

These people have all the romance of a refrigerator.

You know what is wrong with the world? It has proliferated. You used to have the three pyramids and that was enough.

On Jennifer Lopez: We have said it was nouveau in the past, but this is the money you need to keep your top of the charts status. It was like when the Russian nobility traveled. This is how they traveled.

On Jennifer Lopez: She seems mercenary in her choice of men and movies.

I hope our architecture makes us the Frank Lloyd Wright of the prairie.

Too much of anything is not good—except free time. I can’t have enough of that.

On the first Gucci collection without Tom Ford: The kitten has lost its claws.

On Elizabeth Taylor’s jewelry: They are mind staggering pieces because they are so potent. They just don’t look borrowed.

I told her all you need is jewelry. It is better than a nap.

This is not one of those problems you can just solve with a 6-week war.

I had to hear her entire story on how she lost her jewelry. It was an epic—Lord of the Rings.

I don’t know why these people are telling me their history. With the jewelry they create, I would be embarrassed. It has taken three generations to produce this? I think the monkeys and dolphins evolved faster.

He is like Silly Putty at this point. He neither gives anything away nor holds anything back. He is loose.

I am putting you on hold so we can have a great summitry—I’ll get back to you in 3 seconds.

They are so honored to know me, it is like I have fallen in a vat of honey.

There will be something that turns us into Michelangelos again. The ceiling is above us. 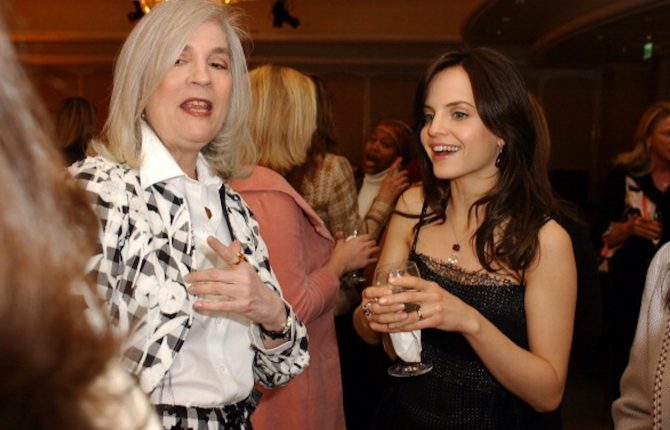 Jewelry Gene: Jewels in the Bloodstream by Penny Proddow and Marion Fasel