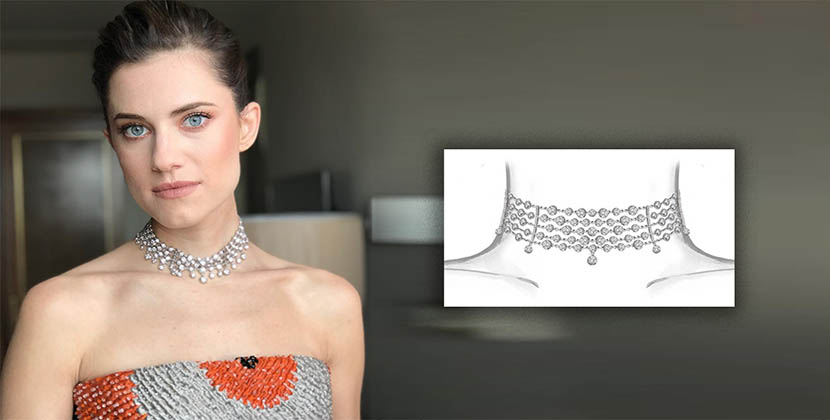 It was designed to be worn on a red carpet

“When the decision was made that black was going to be the color for the red carpet to show solidarity with the Time’s Up movement, it took a second to figure how to appropriately address the subject in terms of attire and jewelry,” explains stylist Cristina Ehrlich who worked with six stars for the Golden Globes.  “Then we realized how empowering a necklace can be. It became a night of the necklace.” The stylist put Greta Gerwig in one of the most universally praised jewels of the evening, a vintage piece from the Tiffany Archive Collection.

For Allison Williams, she chose another stunner of the night, a special choker from Forevermark. Created with the red carpet in mind and handcrafted in the Forevermark Design Center in Milan, the jewel featured four rows of 18K white gold chains set with 43.15-carats of variously sized round diamonds. 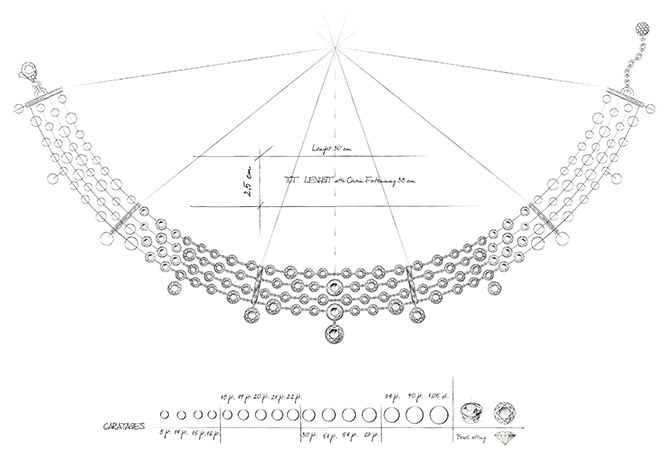 “My number one rule with a necklace is that it doesn’t take over the look,” explains Cristina.  “The Forevermark necklace was sophisticated, youthful and effortless.” Originally conceived to be worn high on the neck, Cristina added to the cool factory by using the adjustable chain clasp in the back and styling it a little looser around the collar. 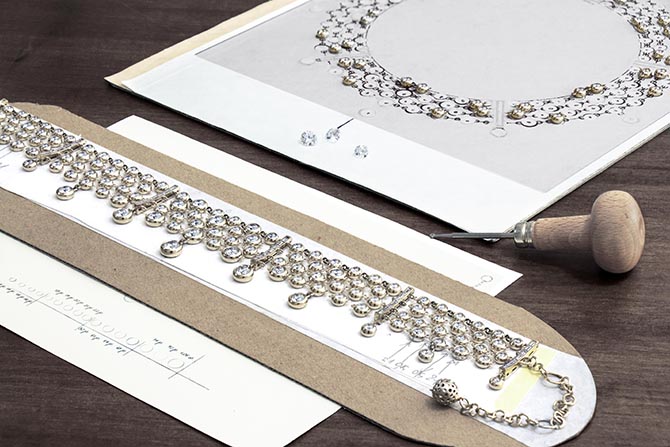 Another reason the jewel was a great symbol for the activist red carpet, was the responsibly sourced diamond company’s initiatives to support women’s careers. As part of the DeBeers Group, Forevermark is working alongside UN Women and investing $3 million to advance the prospects of women and girls through education and career opportunities in its diamond producing countries including Botswana, Canada, Namibia and South Africa.

The Best Jewelry at the 2018 Golden Globes

What Was the Message of Greta Gerwig’s Jewel?

The Best Necklaces at the Golden Globes Ever