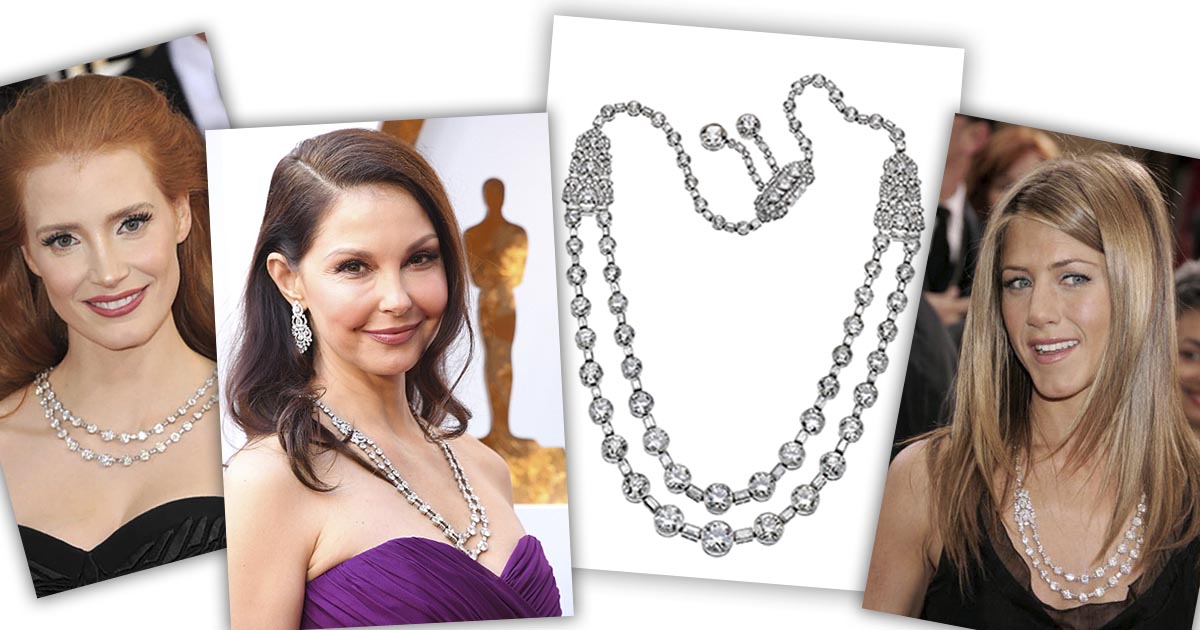 This Jewel Has Been Worn to the Oscars Twice

And the Golden Globes once

March 18, 2018—There was a lot of shock and awe at the 2018 Oscars when the press figured out Rita Moreno had on the same dress she wore when she received the Best Supporting Actress Academy Award in 1962. Premier media outlets, including The New York Times and Vanity Fair, covered every detail of the sartorial news about the 86-year old West Side Story star who shopped her closet for a gown and turned up in a sentimental and sensational 56-year old dress.

A similar narrative happened in the jewelry arena that went virtually unnoticed, well, until now. Ashley Judd lit up the red carpet in Bulgari diamond jewels including an Art Deco necklace from the Italian jeweler’s Heritage Collection that has been worn to the Academy Awards before. When Jennifer Aniston attended the Oscars in 2006, she sparkled in the same exceptional jewel. 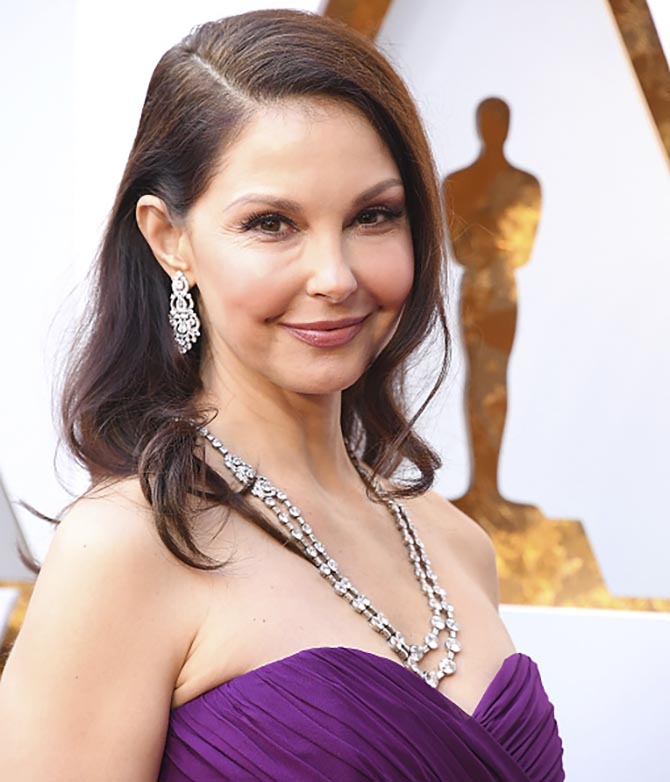 Ashley Judd arrives at the 90th Annual Academy Awards on March 4, 2018 in Bulgari earrings and the Art Deco necklace. Photo by Steve Granitz/WireImage

Despite the fact that it’s an epic statement piece, set with sizable round and baguette-cut diamonds in platinum, the jewel looked different on the two stars. Ashley was the picture of classic Hollywood glamour pairing the 137-carat diamond necklace with Bulgari chandelier earrings and a plum strapless Badgley Mischka gown. Aniston, on the other hand, maintained her easy-breezy style, tossing on the design with her signature everyday hair and a black Saint Laurent dress by Hedi Slimane. 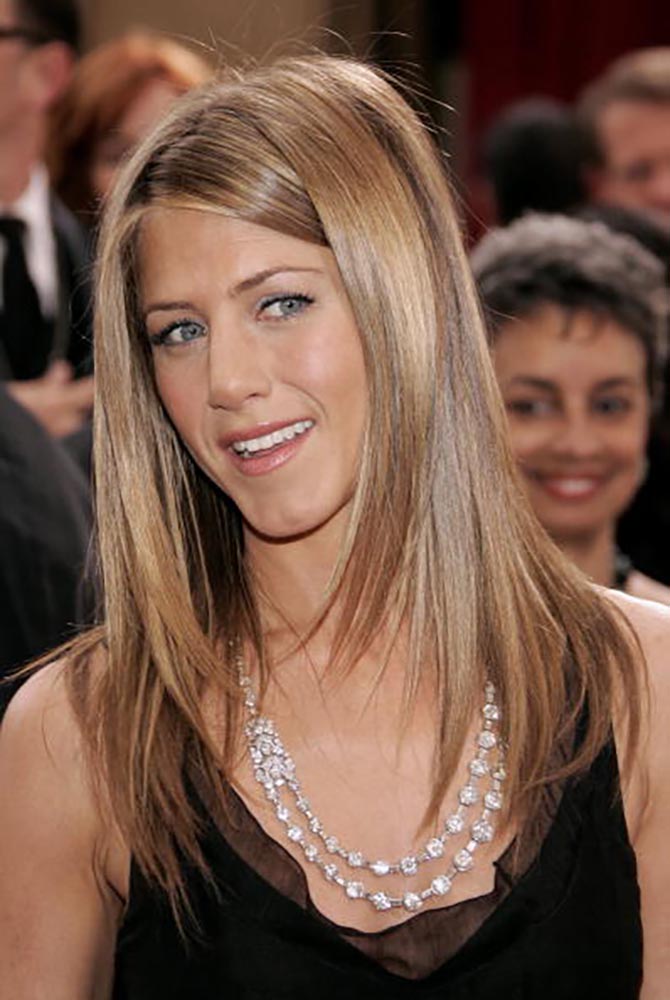 The beloved necklace that has been published in several books and put on display in exhibitions, including the 2011 show at the Grand Palais in Paris, Bulgari: 125 Years of Italian Magnificence, has also made an appearance at the Golden Globes. In 2014, Jessica Chastain wore it with a strapless Givenchy gown. The versatility of the vintage jewel was shown once again in how it was styled. Chastain turned around the necklace so it draped halfway down her back. 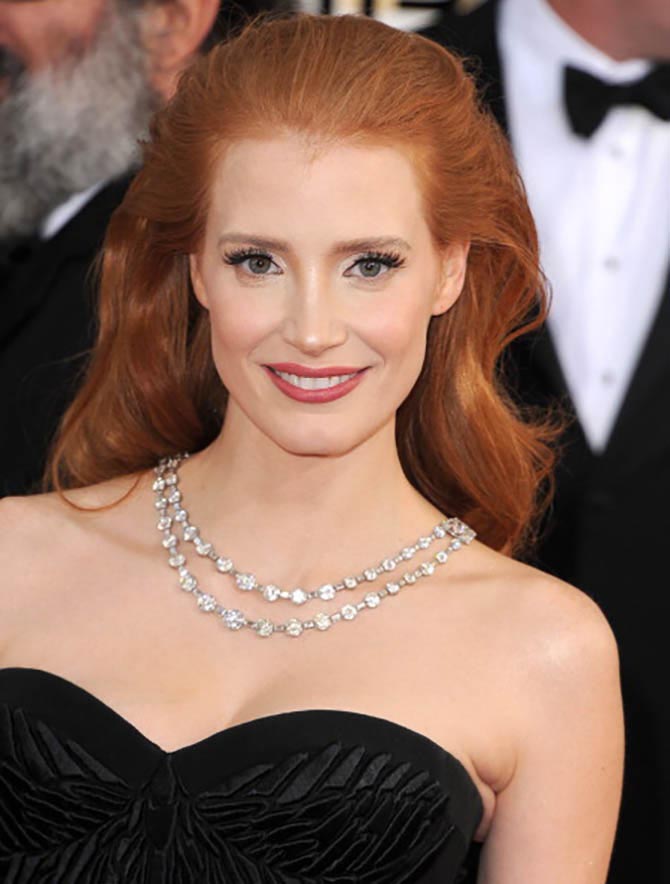 In the fashion world it might be big news to recycle a gown or a fashion faux pas if two women appeared in the same design, but the rule does not apply in fine jewelry. When a treasure is seen repeatedly, it becomes iconic. Bulgari knows this well. It’s wildly popular diamond Serpenti necklace has been worn on the red carpet too many times to count.

The Best Jewels at the 2018 Oscars