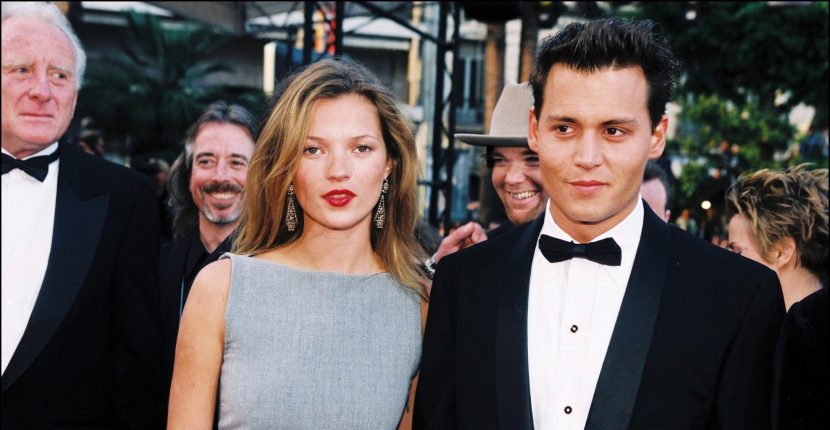 At Cannes in 1997, Johnny Depp attended with Kate Moss who wore her own antique diamond earrings. Photo Getty

When Kate Moss Wore Her Own Diamonds at Cannes

The supermodel has long loved jewelry

When you think of stars wearing their own jewels, as opposed to borrowed finery, on the red carpet at Cannes, you probably envision mid-20th century icons like Elizabeth Taylor or Sofia Loren. Well, the fact is Kate Moss wore her own diamond jewels when she hit the carpet in the South of France in 1997, perhaps in 1998 and definitely in 2001. It was all memorable for this jewelry reporter, because diamonds anywhere on a red carpet were news during the minimalist era when it happened.

The first time Kate went to Cannes in 1997 she was dating Johnny Depp. She was just 23 years old, but had been a supermodel for years. Her infamous ad campaigns with Calvin Klein began in 1992. And she was already several years into her relationship with Depp, that was always tabloid fodder.

When the couple hit the red carpet for the premiere of his now-forgotten film The Brave, Kate wore a grey shift dress by Narciso Rodriguez. At the time, and even more so today, it looks like something someone who worked at a law office might wear. Kate somehow made it seem cool and its easy to understand why she wanted to wear it. Narciso was the hottest designer of the period. In September of 1996, he created the dress Carolyn Bessette wore when she married John Kennedy Jr.

Kate added shine to the simple sheath dress with a great pair of vintage diamond pendant earrings with a flower pot design in the bottom section. The jewels she tossed on only showed up in pictures when her hair was either caught a breeze or was in just the right position. It was anything but a studied, over styled look. 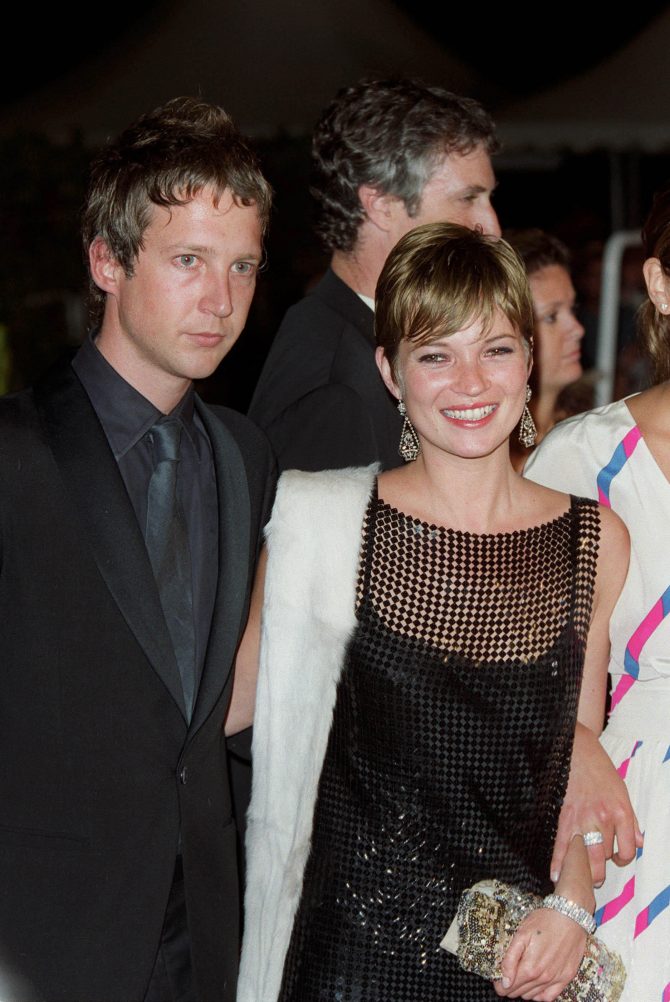 Jefferson Hack at the Cannes in 2001 premiere of ‘CQ’ with Kate Moss who wore her vintage diamond earrings and a diamond bracelet. Photo Alamy

I have no idea where Kate got the vintage earrings, but it is clear they are her jewels because she wore them once again to Cannes in 2001 when she had short cropped hair and attended with her boyfriend Jefferson Hack.

The jewels could have been a gift from Johnny Depp. The supermodel also could have bought them for herself. In 1997 she told Vogue magazine, jewelry was her “drug of choice.” She went on to add “Jewelry is eternal.  It never goes out of fashion. It will always be there.” When Andre Leon Tally asked her about the bracelet she was wearing in a photo he took of her for his 2005 memoir A.L.T 365+, Moss said, “The diamonds are my own. I bought them.” More recently for a behind-the-scenes interview of a 2016 Calvin Klein ad campaign, she replied simply and saucily to the question of what romantic love was useful for—“Diamonds.” 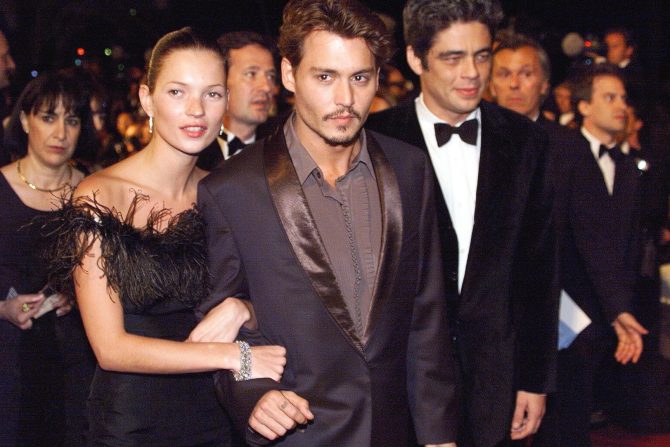 In 1998 Kate once again attended Cannes with Johnny Depp and wore glamorous diamonds. Her jewels, in this instance, could have been borrowed. They are a modern pair of hoops and a pretty major bracelet. Despite the fact that borrowing jewels for the red carpet was not a practice in full swing, they just don’t look like the kind of pieces Moss purchased. She paired them with an off the shoulder dress with feathers that was a vintage find adding an unexpected and totally Mossian twist to the big diamonds. 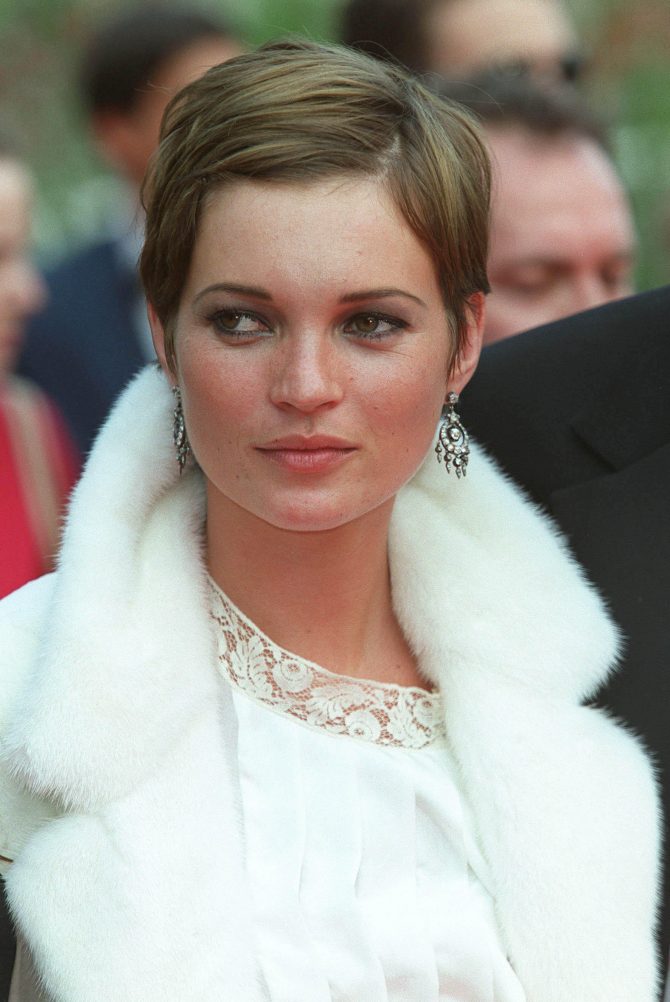 If the 1998 jewels have somewhat of a question mark about them, the delicate vintage diamond earrings Kate wore to Cannes in 2001 do not. I feel confident the jewels came from Kate’s own collection. The aesthetic is one she has stuck to jewelry-wise to this day. Vintage diamond earrings are one of her favorite looks. At Cannes, she paired the earrings yet again with a vintage ensemble that included a knee-length white dress, Mary Jane style minty colored shoes and a white fur coat. In retrospect the style is utterly amazing for its restraint compared to the over-the-top couture and mega-watt jewels that have appeared on the Cannes red carpet in the last couple of years.

Adventures in Learning Online About Jewelry