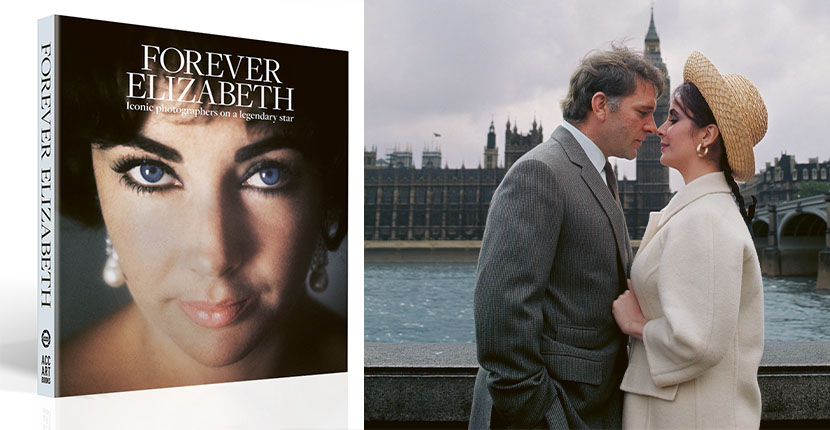 Elizabeth Taylor In Some of Her Favorite Jewels

‘Forever Elizabeth’ features images from 8 photographers of the legendary star

December 1, 2021—I have been doing photo research on Elizabeth Taylor and her jewels for decades. Literally decades. It all began in the 1990s with my first book Hollywood Jewels. My co-author Penny Proddow and I would go to the Getty archives, where they handed you folders filled with photos, and go through them one-by-one.

I have been through all of the Elizabeth Taylor archives at the New York Public Library for the Performing Arts at Lincoln Center. While the location may sound haughty, they house all the old tabloids there. Taylor was constantly a featured subject.

With the glories of the digital age, I have reviewed every single photo of every event with Elizabeth Taylor on Getty images online. Not to mention every other digital archive.

The long deep dives have all been done in an effort to try and find the best images of the star in her fabulous jewels for books and stories.

So when the publicist for ACC Art Books reached out to me and said she had a publication named Forever Elizabeth: Iconic Photographers on a Legendary Star, I was pretty sure I had seen it all and would not find anything new in the book. I am delighted to report I was wrong.

While the photo spreads you see here include familiar favorites, the book has many images from photographers (not available to press) showing her wearing jewelry in a somewhat different light. The photographers in the book, Douglas Kirkland, Milton Greene, Gered Mankowitz, Norman Parkinson, Eva Sereny, Terry O’Neill, Gary Bernstein and Greg Brennan, opened up their archives and shared more images from famous sittings.

The well-known formal images of Elizabeth Taylor on her way to the Paris opera in 1963 wearing her Bulgari emerald and diamond earrings from Richard Burton and diamond tiara from Mike Todd are supplemented by behind-the-scenes outtakes of her getting ready to go.

A new angle and a new jewel are shown in one of the previously unseen images taken by Norman Parkinson in 1972 of Richard Burton with Elizabeth Taylor on a bridge over the Danube River in Budapest where she celebrated her 40th birthday while he was shooting Bluebird. The main shot in this series is famous. The never-before-seen image in Forever Elizabeth, shows the star wearing a giant gold Van Cleef & Arpels medallion on her head.

Terry O’Neill took the well-known image of Elizabeth Taylor with David Bowie seen here. Forever Elizabeth has a couple of outtakes O’Neil took on the set of A Little Night Music in 1976. In one she is wearing the Peregrina Pearl necklace by Cartier while she sits on a bed and examines the hem of the dress she is wearing. It adds considerable sex appeal to the photos taken during that production.

Forever Elizabeth is made for hardcore Elizabeth Taylor fans, like yours truly, who are eager to see more of her life spanning from young motherhood to her glam 1980s looks when she was promoting her wildly successful fragrances with a lot of the Richard Burton affair and marriage in between. Many photos show just how easily Taylor wore her treasures over time.

Burton Didn’t Propose to Taylor With A Ring