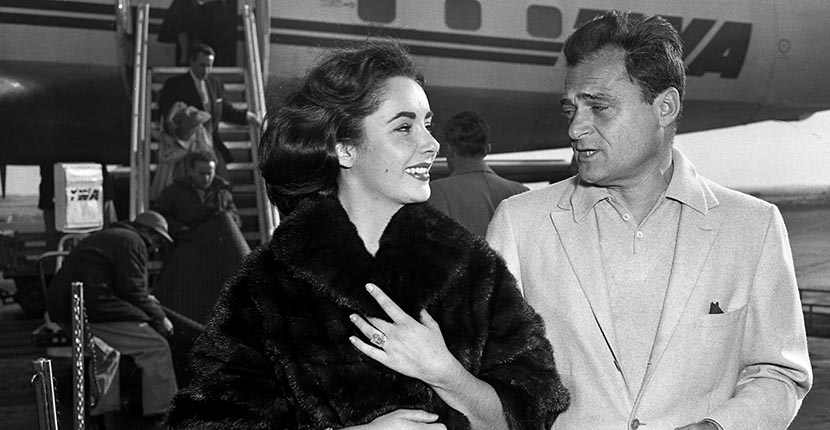 The jewel came from her third husband, the producer Mike Todd

Elizabeth Taylor began to wear the 29.4-carat emerald-cut diamond engagement ring from film producer Michael Todd at the end of 1956, while she was in the process of divorcing her second husband, English actor Michael Wilding. The 24-year-old star clearly could not resist wearing the jewel when she received it, but she wasn’t quite honest about it with the press. When asked if the dazzling ring she had on the third finger of her left hand was an engagement ring, she claimed it was a “friendship ring.” The 47-year old producer said it was an engagement ring and joked, “it was not quite 30 but twenty-nine-and-a-half carats.” The couple’s whirlwind romance lead to a small wedding ceremony at City Hall in Acapulco on February 2, 1957.

Once they were married Taylor referred to her big diamond as “My ice skating rink.” The jewel marked the beginning of Elizabeth Taylor’s world class collection of jewelry. Oh sure, she had things before she married Todd, but he gave her movie star jewels, pieces people could see that had romantic stories behind them. During the course of their engagement and marriage Todd gave Taylor an antique diamond tiara, spectacular girandole diamond earrings and a suite of ruby jewelry from Cartier. 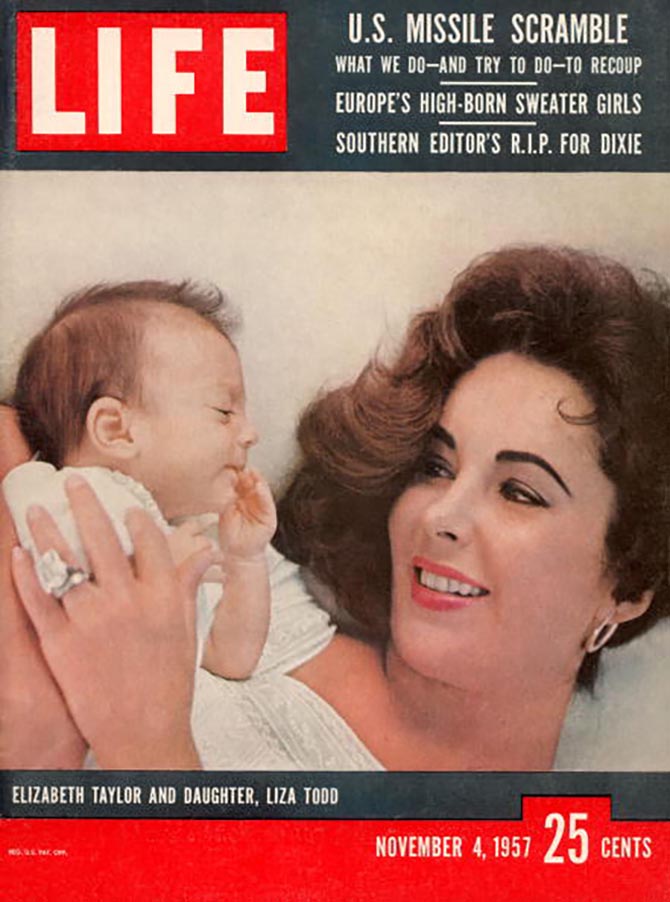 Elizabeth Taylor’s engagement ring got a national close up when she wore as she held her daughter Liza Todd for the November 4, 1957 cover shoot of Life magazine. Photo by Toni Frissell/The LIFE Premium Collection/Getty Images

The movie producer presented Taylor with all the jewelry and a few other pieces including the diamond heart pendant she wore in Cat on a Hot Tin Roof during the course of around 18-months. He died in a plane crash on March 22, 1958. Taylor continued to wear her “ice skating rink” for years after his death even as she bonded over grief with Todd’s best friend singer Eddie Fisher and began a relationship with the singer. When Fisher proposed to Taylor in 1959, he supposedly gave her a diamond bracelet.

What ultimately happened to the engagement ring is unknown. All the important jewels Todd gave Taylor during the course of their marriage were in her collection when it went on the auction block at Christie’s in 2011, except the engagement ring. It seems Taylor sold it around 1959. The details of why are not exactly known. It has been rumored, she disposed of her beloved diamond ring in order to settle Mike Todd’s estate. 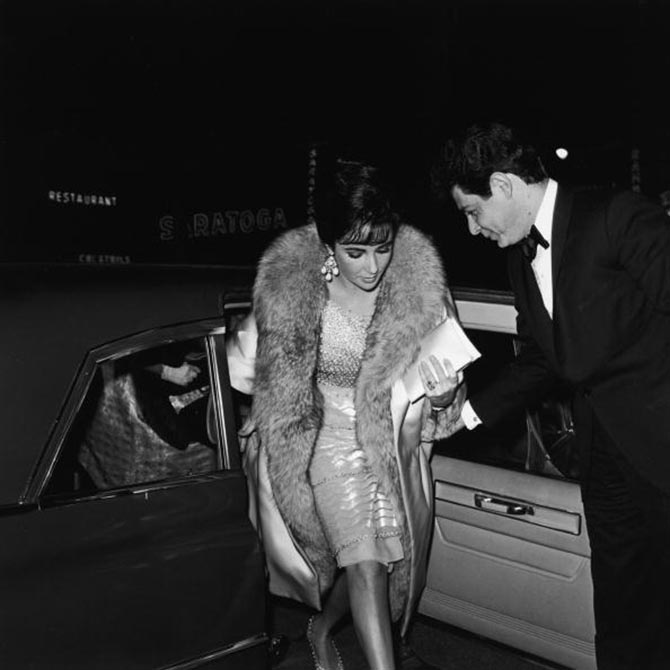 Eddie Fisher with Elizabeth Taylor at the 1959 premiere of the film, ‘Suddenly Last Summer.’ Two years after his death, she is still wearing her engagement ring from Mike Todd with her girandole earrings. Photo Getty

Richard Burton Did Not Propose To Elizabeth Taylor With A Ring