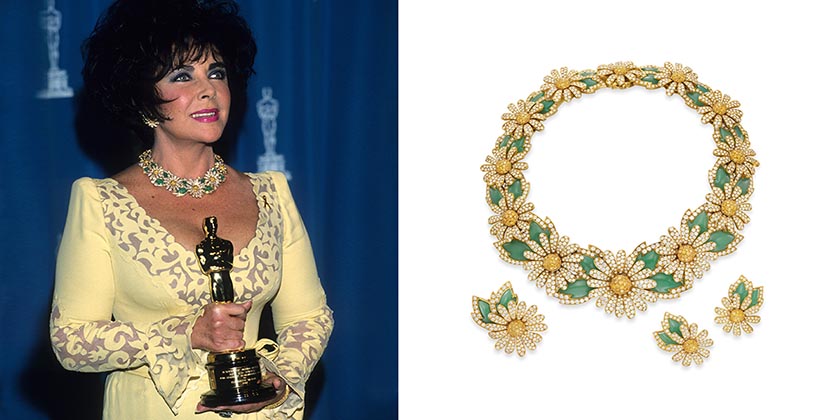 It was powerful when Elizabeth Taylor accepted the Jean Hersholt Humanitarian Award at the Oscars 25 years ago. Everyone knew, how much she deserved it for the challenging work she had done on behalf of AIDS awareness and research. Taylor became one of the loudest, most high-profile voices talking about AIDS long before most even understood the disease. When Taylor’s dear friend Rock Hudson died from complications due to HIV/AIDS on October 2, 1985, it unleashed the star’s legendary inner warrior in a way the world had never seen before. She spoke truth to political power repeatedly to get her message across.

When Taylor accepted the special Academy Award in 1993, that’s only given periodically to honor someone’s outstanding contributions to humanitarian causes, she let everyone know in her moving speech, she was nowhere near done fighting. To the delight of the crowd she said she would remain a “rowdy activist” and spoke so movingly about the work that still needed to be done.

“Tonight, I am asking for your help. I call upon you to draw from the depths of your being to prove that we are a human race, to prove that our love outweighs our need to hate, that our compassion is more compelling than our need to blame, that our sensitivity of those in need is stronger than our greed, that our ability to reason overcomes our fear and that at the end of each of our lives we can look back and be proud that we have treated others with the kindness, dignity and respect that every human being deserves.” 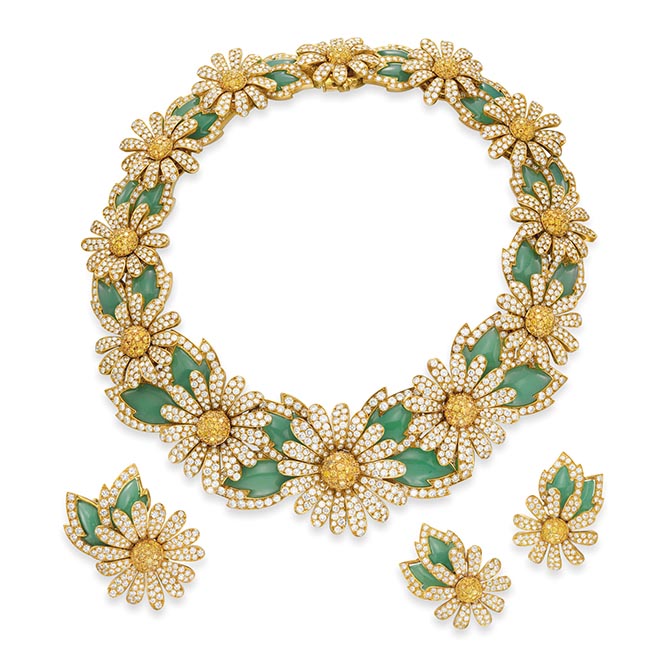 For her special moment at the Oscars, Taylor wore a special rendition of an AIDS awareness ribbon made in rubies and gold. She also made the rare decision to borrow a jewel rather than wear a piece from her own extensive collection. She found the perfect thing to go with her sunshine yellow Valentino gown at Van Cleef & Arpels. The activist actress was immediately drawn to the Reine Marguerités suite, which translated means Queen Daisies. It is composed of a necklace, earrings and brooch with pavé-set white diamond petals, pavé-set yellow pistils and chrysophrase leaves. (She did not wear the brooch at the Oscars.)

The daisies expressed joyful symbolism for the occasion. Love, light and warmth are a few of the things daisies represent. They also are an emblem of optimism, a quality any activist must possess to carry-on against adversity.

After the ceremony, Taylor decided to buy the suite as a memento of the evening. Two months after the Oscars at her fundraiser “Elizabeth Taylor’s Party Against AIDS” in Venice, Italy, she was spotted wearing the jewels with a white suit.

At the Christie’s auction of the star’s estate, the Van Cleef & Arpels jewels were in the most important segment of the sale, “The Collection of Elizabeth Taylor: The Legendary Jewels.” The three pieces sold together went for $746,500. A portion of the proceeds, like that of everything sold from Elizabeth Taylor’s estate, was donated to the Elizabeth Taylor AIDS Foundation.