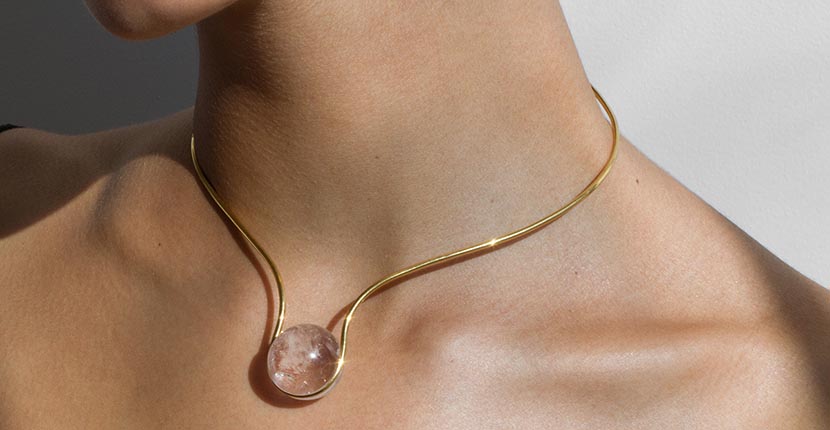 A Look at Jewelry Made for a Better Tomorrow

There is a design thread line through history

Distraught, distracted, or at your wit’s end from these highly charged political times we are experiencing? Yeah, me too. So, with just a week to go before the mid-term elections, which will hopefully bring a little equilibrium to our lives, I thought it was the perfect time to look back at a calming moment or two in jewelry history, as well as at how a few contemporary designers are picking up on the concepts today.

Throughout the 20th century, designers have gazed optimistically to the future through their work and many have come up with a similar aesthetic that I like to call Utopian Jewelry. Over time, these creations have repeatedly been rendered in crystalline gemstones and pristine white metals that look as modern today as when they were first created. 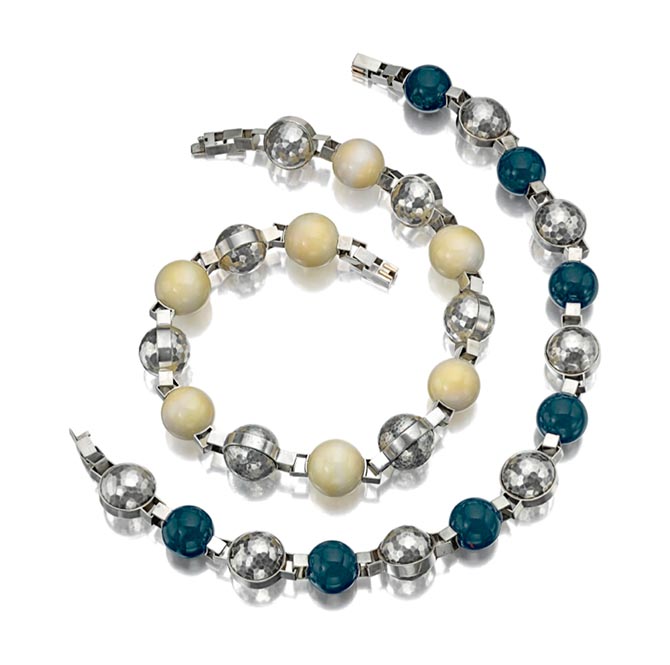 Jean Després, an Art Deco master jeweler, said that his inspirations came from “the science of mechanics, which involves a wholly modern discipline based on precision, robustness and the rejection of anything useless or complicated.” After apprenticing as a silversmith in his youth, he served as a mechanic and draughtsman in the air force during the First World War — work that would inform his jewelry style for the rest of his life. Després created hammered silver surfaces littered with perfected rivets and geometric symmetry. This was a revolutionary idea because previously jewels had essentially consisted solely of bows, ribbons, flowers, and natural motifs. 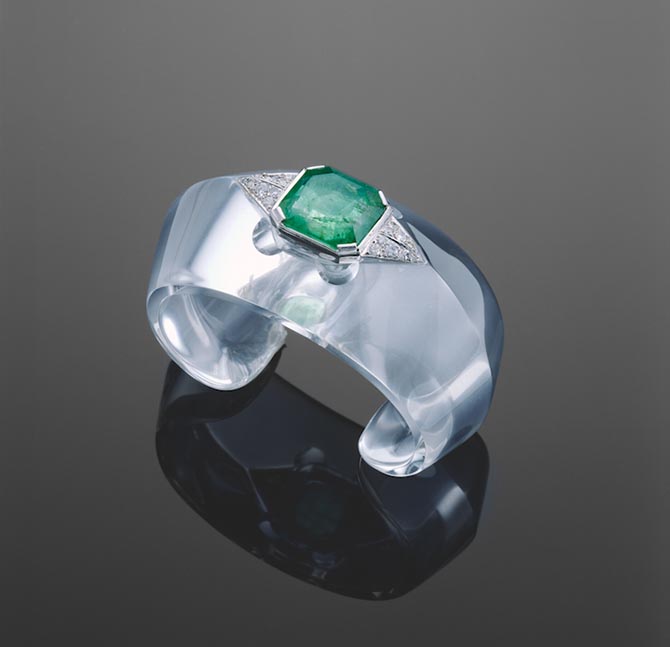 A carved rock-crystal, emerald, diamond and platinum “toit,” or roof, B. Herz cuff designed by Suzanne Belperron from the collection of Michele Tarjan. Photo David Behl

Suzanne Belperron may have been silent on her sources of inspiration, but her work was about as futuristic as it gets. It transcended conceptions of what jewelry could be. She utilized rock crystal in designs that created a pure and translucent world in which she constantly played. Her rock crystal jewelry made metal armature melt away so that diamonds and gemstones floated ethereally on the wrist. 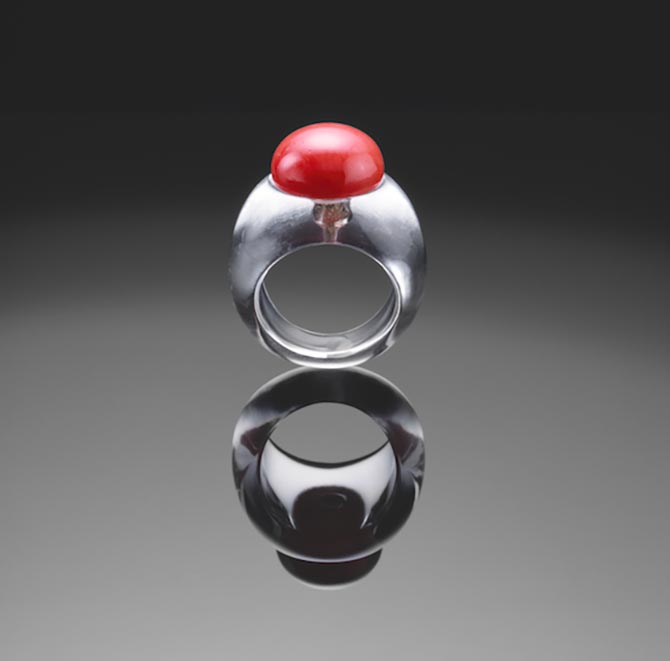 Both Belperron and Després worked in what could be termed Streamlined Moderne, a sub-style of late Art Deco that consisted of obliterating structure and reducing down to the most essential of forms, while also referencing machines. They also both employed rounded shapes, shiny chrome metal, silver or platinum, and clear or white elements like crystal. 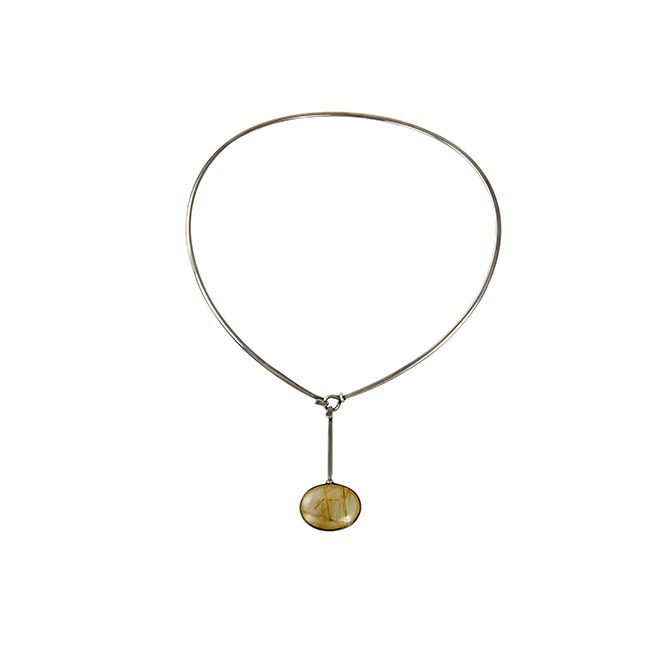 In the age of Youthquake and burgeoning women’s rights, Vivianna Torun working for Georg Jensen defied the status quo designs of previous decades by eschewing flash in favor of clean simplicity. She was the first female lead designer employed by the company; her fresh perspective brought fluidity and light to Jensen’s silver wares. She studied the pouring of milk from one container into another, and her silver necklaces, rings, and bracelets all appear as if they are liquid light. Her use of unpretentious materials like smoky or rutilated quartz brought a certain democratization to the jewelry. Later in life, Torun was a practitioner of Subud, a spiritual movement aiming for a higher enlightenment. 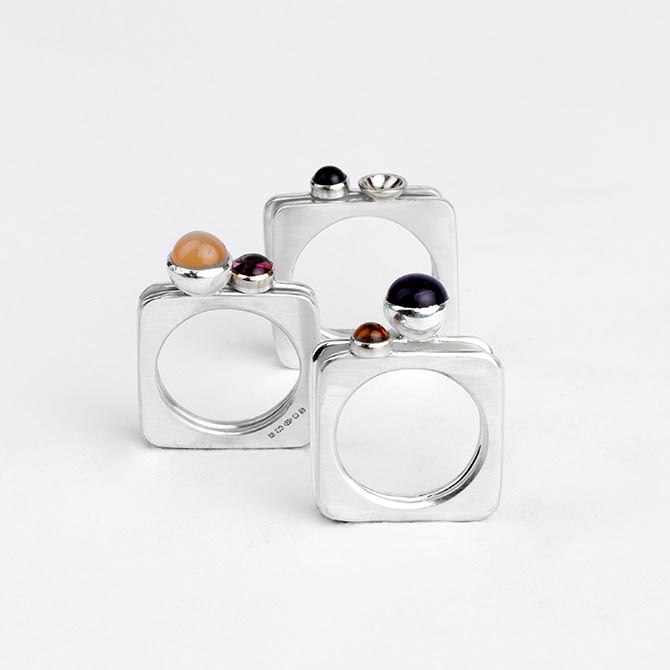 Now that a climate of political uncertainty has returned, jewelers are again finding inspiration in perfected forms and utopian idealism. In the United Kingdom, jeweler Barbara Spence works mainly in silver and colorful cabochon stones, juxtaposing circles and squares. Spence says each piece of her jewelry “combines circles and spheres to create a fleeting moment of dynamic motion. In striving to create harmonious geometric relationships, my designs are graphic but feminine and constantly evolving in the search of perfection.” 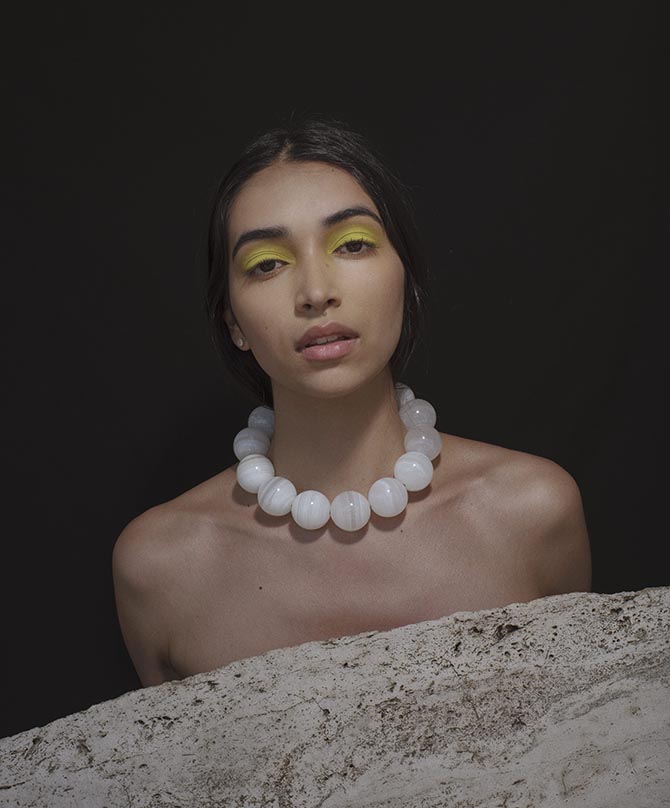 Mexico City is home to the brand Serpentine, created by Sofia Ordaz. Given her background in architecture, it’s no surprise Ordaz gravitates toward pure form. Her Wilma Necklaces certainly evoke one Mrs. Flintstone, but the materials and styling of the jewelry elevate it to a futuristic state of grace. Ordaz says that she was “looking for the ‘perfect jeweler’: a methodic, old school jewelry-maker with deep respect and commitment to the craft, who would, therefore, execute perfection.” 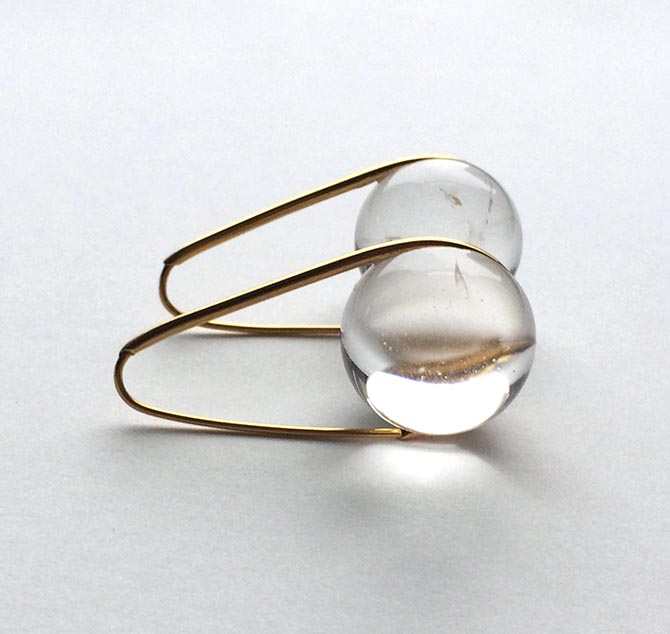 It’s fascinating to me that all these jewelers, working throughout many varied eras, locales, and upheavals, all coalesced their design sensibilities into a few common denominators. Perhaps this is proof enough that even things like spheres, silver, clear rock crystal, and geometric precision are enough to turn the tide of our confused present toward a brighter future. On November 6th, next to my “I Voted” sticker, I’ll be wearing a silver and rock crystal brooch, just in case.

What Do Fine Jewels Do For Fashion?