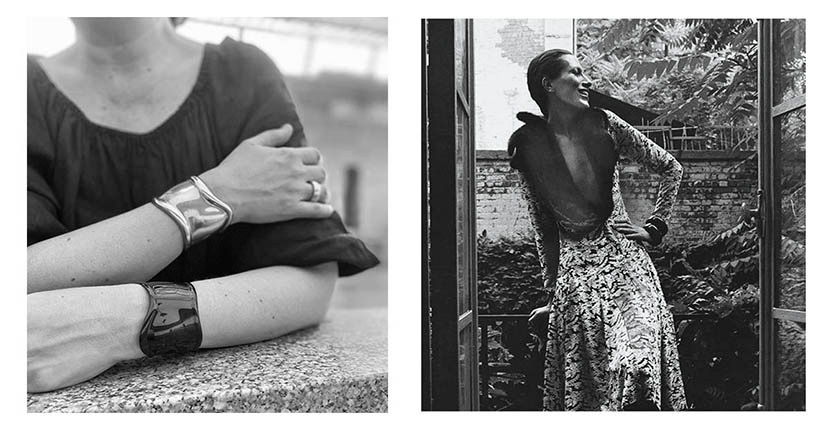 The author wearing her Bone Cuffs at the Met and the designer Elsa Peretti in New York in 1971, a year after she designed the jewels. Photo KFC and Getty

September 15, 2020—Fifty years ago, Elsa Peretti launched her Bone Cuff. The visionary designer was just 30-years old when she had the idea.

While the jewel might seem simple at first glance, it is a substantial work of sensuous sculpture. The edges of the metal dip up-and-down and curve around the wrist. And then there is that special bump for the wrist bone. One is designed to go on the right arm and one on the left.

When I asked Elsa about the genesis of the design, she said:

It has always stood out as special that Elsa credits the craftsmen by name who helped her realize her ideas. It is a generous gesture few designers make.

Anyway, once the jewel was launched it became wildly popular. It captured the spirit of the 1970s. It was minimalist, masterful and worked so effortlessly with clothes. It was also an empowering piece of armor that matched the mood of the women’s movement. And it redefined the idea of silver jewelry as a stylish modern accessory.

Over the years, the Bone Cuff has remained perpetually popular at Tiffany. I have a few in my collection. 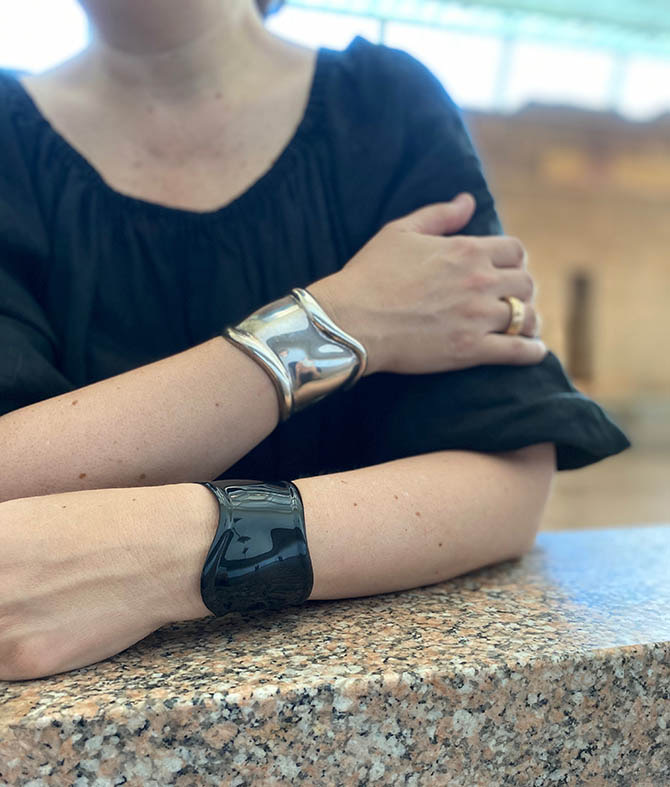 The author wearing a mismatched pair of Elsa Peretti for Tiffany & Co. Bone Cuffs near the Temple of Dendur at the Met. Photo KFC

I donned one of my classic silver medium bone cuffs and a new black bone cuff to the Met the other day to see the exhibit Making The Met, 1870-2002. The show celebrates the institution’s 150th anniversary.

Among the 280 works the museum described as ranging from “visitor favorites to fragile treasures that can only be displayed from time to time,” there were several jewels and objects from Tiffany & Co. They got me to thinking how Tiffany has been part of the fabric of the museum from the beginning. 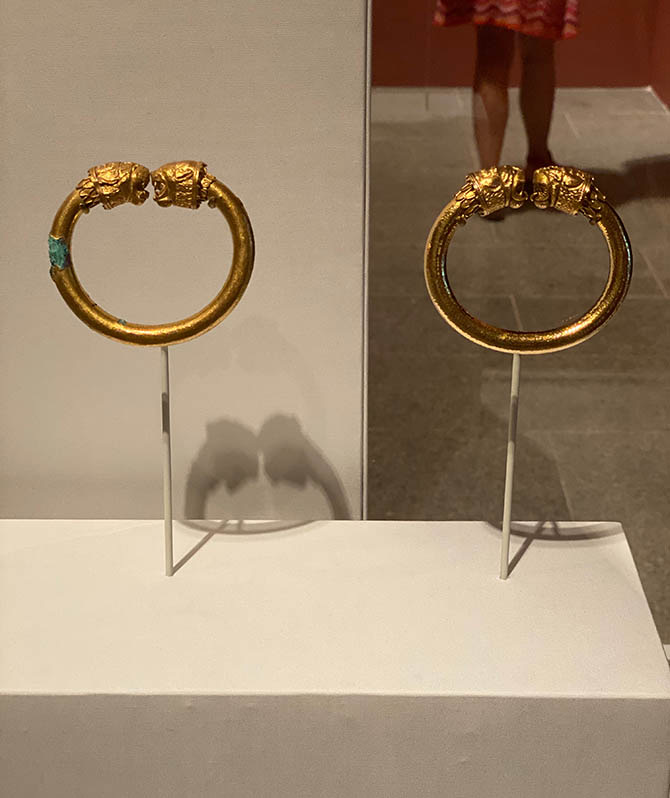 Gold and copper alloy lion-head bracelet from the 5th century and Tiffany’s gold reproduction of the design made around 1878 in the Making The Met exhibit. Photo Marino Fasel

Tiffany was established in 1837, that is 33 years before the Met. The jeweler acted as the “sole agent for the reproduction of works in the Met collection” during the late 19th century. One of the jewels on display is a gold lion head bracelet made by Tiffany around 1878 that was inspired by a 5th century gold and copper alloy example in the museum’s collection.

There are several pieces by Louis Comfort Tiffany in the exhibit that were gifted by the Havemeyer family, clients of the designer and benefactors of the institution. The favrile glass Peacock vase was donated in 1896 during the first years of its production. The description of the piece says it was considered “modern art” at the time. 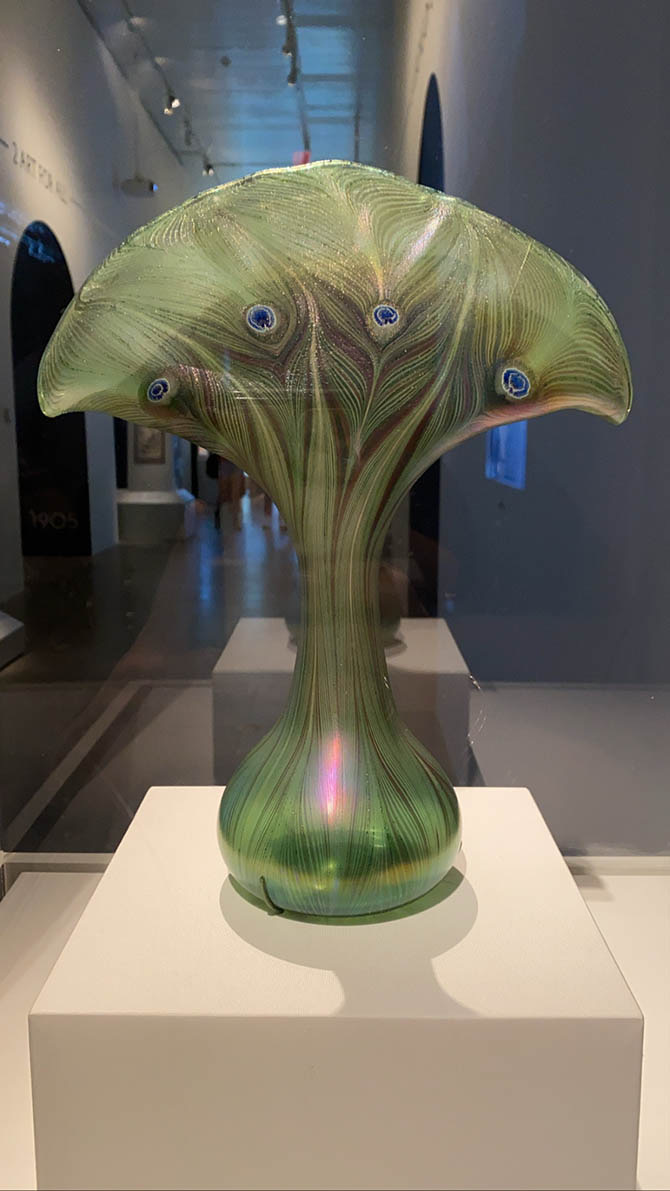 Peacock Vase made around 1893 by Louis Comfort Tiffany in the Making the Met exhibit. Photo Marion Fasel

A hair ornament by Louis Comfort Tiffany made in 1904, that was originally owned by Louisine W. Havemeyer and donated to the museum by her family in 2002 shows the artistry of the American jeweler. The piece has two dragonflies alighting on dandelion bulbs.

The bodies of the insects are set with black opals and boulder opals that recall the iridescence of Tiffany’s favrile glass. The dragonflies’ wings are a virtuoso display of platinum work. 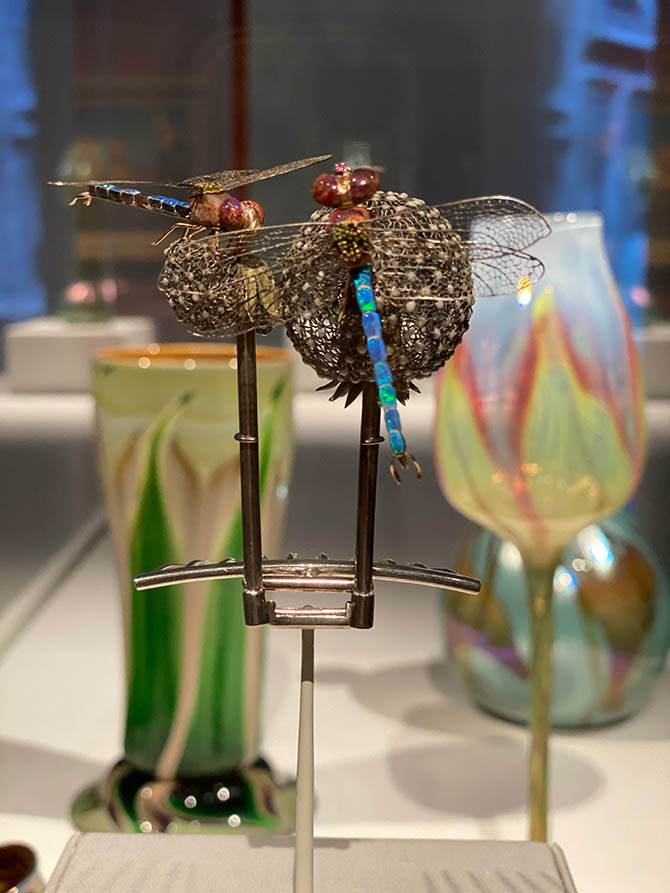 Hair ornament by Louis Comfort Tiffany made around 1904 in the ‘Making the Met’ exhibit. Photo Marion Fasel

All the Tiffany in the exhibit, like all museum worthy jewels, hold up a mirror to the period in which they were made.

As I was wearing my Elsa Peretti cuffs while looking at the delightful exhibit I realized, more than ever before, how her pieces do that too. And I thought these jewels deserve to be in the museum as well.

Guess what? One cuff is in the collection. At the moment it is on view in the Jewelry for America exhibition. A deeper digital dive reveals the Met has several Elsa Peretti jewels in the collection. Yet over the last 50-years Elsa’s story has never been fully told by the institution.

Now, I think the time is ripe. Elsa deserves a unique exhibition focusing on her creative process and transformational work that has inspired generations of designers and been beloved by collectors around the world.

Wonder Woman Wears A Cuff By Tiffany in 1984