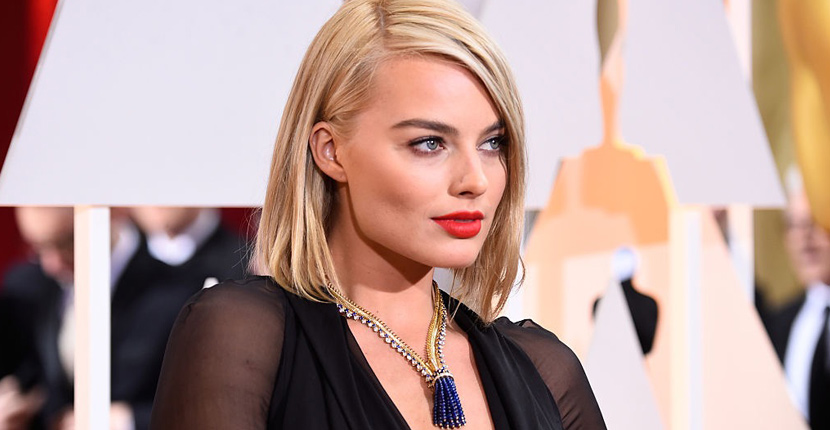 June 1, 2016—As we established in Part I of this discourse, academics fan your love of jewelry. A passion for fashion brings it alive every morning and some very special nights. In fact it is part of jewelry genetics that you love clothes as a great backdrop for jewelry. You have a special place in your heart and your closet for a top with a bracelet sleeve and a dress with a jewel necklace. You appreciate ensembles in any one of the three magical jewel tones—ruby red, sapphire blue and emerald green. You have a little black dress or two because it is a perfect palette for jewelry. Undoubtedly that is why Chanel invented it, so she could wear all those fabulous pearls.  Without the jewels the LBD would be a bit of a bore. 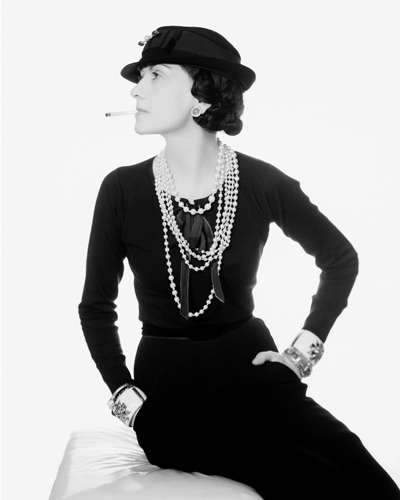 During the fashion weeks in New York, Milan and Paris you follow the proceedings with jewelry on your mind. You look at clothes and think of jewelry. You ask yourself, will it work with what I have or would like to have? You know the formula that puts the well dressed on the Best Dressed List: Great Clothes + Fabulous Jewelry = Success. Jewelry creates a signature style. Clothes without it don’t express the same kind of individuality. Or, as Robert Lee Morris put it succinctly and bodaciously to a fashion crowd when he won the CFDA Award for Accessories in 1994, “Fashion without jewelry is like sex without orgasm.” Fashion people fixated on fabric may argue some of these points or overlook the jewelry entirely. So here are some counter points.

Jackie Kennedy, who probably ranks close to number one on the Best Dressed List, was the greatest clotheshorse the White House has ever seen. What has been overlooked in Jackie chic is her way with diamonds.  She knew how to work those everyday costume pearls like no one else.  Her way with diamonds was, however, American glamour at its best.  Example: when Jackie took the famous 1961 trip to Paris with the President, she had plenty of sparkle as well as wit at a dinner with De Gaulle.  Her inventory of jewels that night: a gold Van Cleef & Arpels minaudière, gold flower brooch and diamond and emerald pendant earrings.  To top it all off, Jackie pinned a couple of Van Cleef & Arpels diamond brooches in to her hair.  The effect was like a fresh rendition of a tiara.

The American jewelry fireworks have gone virtually unnoticed in the countless books and exhibitions on Jackie’s style.  Even the all-important 2001 exhibit curated by the super-bright Hamish Bowles at the Metropolitan Museum of Art Jacqueline Kennedy: The White House Years barely pauses on the word diamonds.  Gloves, hats, sunglasses, even the covered buttons on her suits were reviewed in detail.  Did Jackie think jewelry was important to her look?  You bet she did.  Once she told an interviewer, “Jewelry is epoch making and to me it has a significance of its own.” Enough said.

A Best Dressed List Hall of Famer, the Duchess of Windsor worked side by side with her favorite designer Mainbocher.  Beautiful clothes were a great vehicle to show off her exceptional jewelry.  After all, the Duchess had a jewel box the Queen of England could envy—which was sort of the point.  There were blockbuster gems and one-of-a kind pieces from the biggest names in baubles, Cartier, Van Cleef & Arpels and Harry Winston not to mention Suzanne Belperron and Tony Duquette. 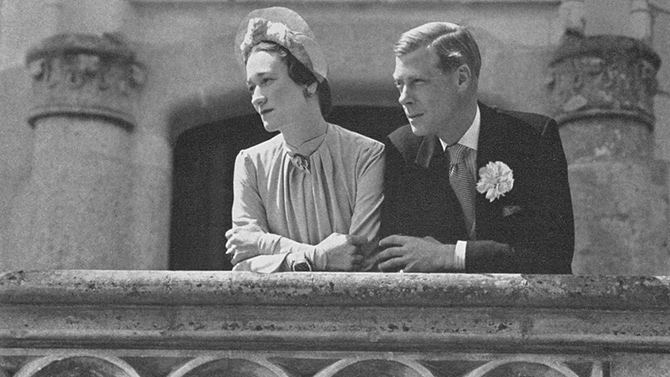 The Duke with the Duchess of Windsor wearing her Jarretière bracelet by Van Cleef & Arpels.

A stellar example of the Duchess’s formula for best-dressed success was her 1937 wedding day ensemble.  She wore a made to measure sleek Mainbocher light blue satin crepe floor length gown with a fitted jacket and several jewels: her Cartier cross bracelet and Van Cleef & Arpels sapphire and diamond brooch and earrings as wells as the celebrated Jarretière bracelet.  Van Cleef & Arpels made the bracelet as a sparkly play on a bride’s garter or jarretière which is the French word for the piece of lingerie.  There is a cluster of cushion-shaped sapphires at the domed center and at the ruffle along the edge of the diamond bracelet.  A symbolic and truly romantic wedding present from the Duke, the piece was inscribed: “For our Contract 18-V-37.”  The numbers and Roman numeral represented the date of the couple’s civil wedding ceremony, May 18, 1937, the last obstacle they had to overcome before meeting at the altar.

Style editor extraordinaire William Norwich missed the jewelry obvious in a 2003 article for The New York Times Magazine about the Duchess’ wedding day look.  In the story he asked with a sense of shock and awe, “Did you know that the blue Mainbocher dress that Wallis Simpson wore when she married the Duke of Windsor was made to match the color of the room in which they were wed?”  Oh darling, please.  The Duchess was not in love with Benjamin Moore.  She was in love with the Duke who loved giving her jewelry. 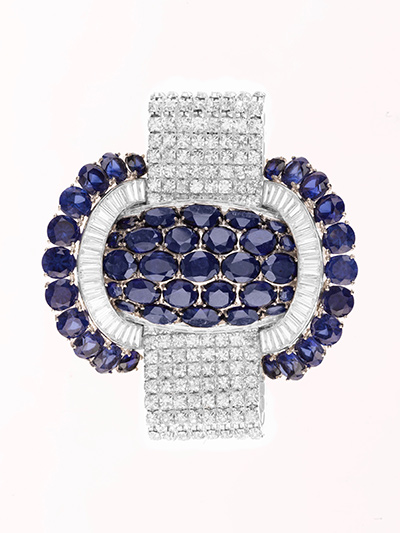 Fashion and jewelry are a spectator sport during Awards Season.  The red carpet extravaganza that kicks off with the Golden Globes in January and ends with the Oscars six weeks later is the equivalent of the World Series, March Madness and the Super Bowl rolled into one season.  The red carpet is the most entertaining playing field with glamour goddesses strutting their stuff.  You get inspiration from the looks.  You have a mental file of your favorite moments.  You reel off the greatest hits at the Oscars like a baseball fan reciting a player’s stats.  A few of our recent favorites cover the era when we reported on each piece for InStyle. It all started way back around 1997 when Nicole Kidman turned on the chandelier earring trend in a pair of supersize Martin Katz pearl and gold Indian style earrings.  There were few more original Oscar jewelry looks than the one Cameron Diaz put together in 2002.  The star slung a 19th century ruby and diamond Indian necklace from Fred Leighton around her waist as a belt and tossed on a $38 carved Lucite bead bracelet from Tarina Tarantino.  In 2006 Keira Knightley broke every style rule in the book and made her most exceptional red carpet appearance wearing a 1960s multi-gem bib necklace from Bulgari’s archive paired with a one shoulder gown that did not even really match the gems in the jewel.  The exact size of those Lorraine Schwartz emeralds Angelina Jolie wore in 2009 that reignited the green gems popularity are permanently etched on our brains, 115-carats.  When Margot Robbie put on a Zip Necklace by Van Cleef & Arpels in 2015, she not only introduced a new generation to an iconic twentieth century jewelry design she also infused the masterwork with massive sex appeal. You never know when these historic moments are going to happen but happen they do and it is a jewelry lover’s dream come true. 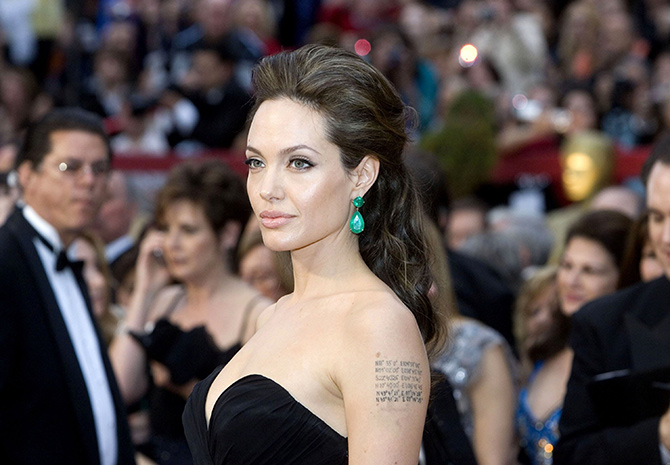