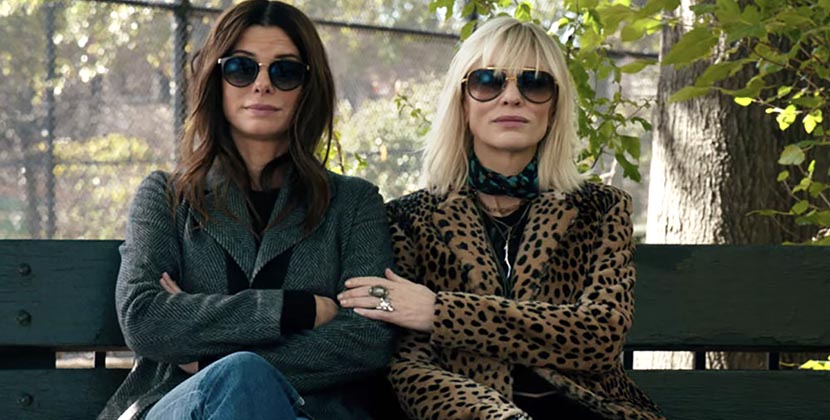 Sandra Bullock with Cate Blanchett who is wearing a Sevan Biçakçi ring among other jewels in 'Ocean's 8.' Photo Getty

The Turkish master jeweler Sevan Biçakçi made most of it

It’s not a spoiler to reveal Ocean’s 8 is all about jewelry. It was clear from the moment the first trailer was released Debbie Ocean’s cool crew was out to steal a big necklace. Just a couple of weeks ago the news was released that Cartier created the jewel and outfitted just about everyone attending the MET Gala in the movie.

The jewels for the scene of the crime, however, are not the only key accessories in the film. Sandra Bullock, who is Debbie Ocean, keeps her brother Danny Ocean’s memory alive by wearing his wristwatch. She also sports a long vintage Cartier zodiac pendant from the Mahnaz Collection. Rihanna plays the Caribbean hacker Nine Ball and sports big black hoops and a peace sign choker. The jeweler Amita, portrayed by Mindy Kaling, dons classic Van Cleef & Arpels Alhambra pieces. Cate Blanchett’s nightclub owner Lou who is the number one sidekick to Debbie is the most bejeweled character in the film. She is totally decked out in layers of necklaces, bracelets and a handful of rings. 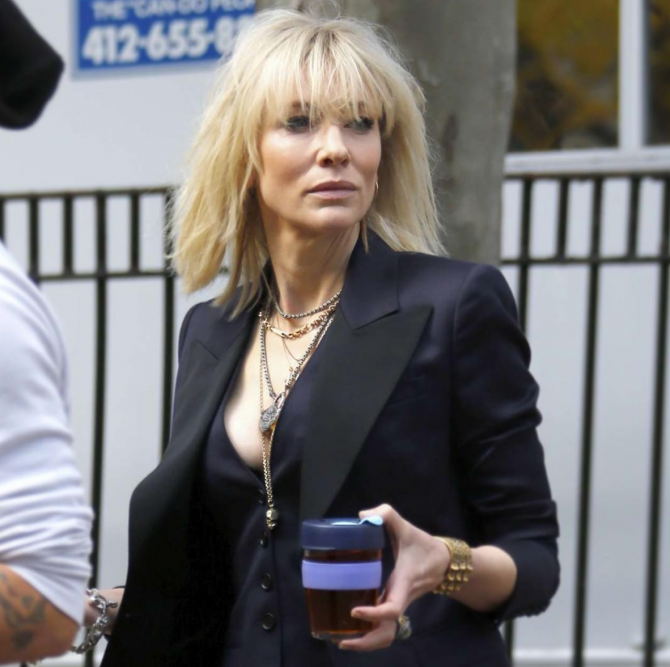 Cate Blanchett on the set of ‘Ocean’s 8’ wearing a padlock necklace and ring by Sevan Biçakçi among other jewels. Photo via

When the costume designer Sarah Edwards created the look for Cate she told Pret-a-Reporter, she was inspired by Keith Richards and “androgynous glam.” Edwards had Burberry create velvet suits and went to YSL for ties. For Cate’s jewelry, lots of it was chosen from Turkish master Sevan Biçakçi.

The designer’s magical and major reverse carved moonstone ring, depicting a dove in flight, can be seen on Blanchett’s hand throughout the film. A couple of Sevan’s silver and 24K gold signature padlock pendants accented with diamonds are worn by Blanchett in various scenes. She also sports a couple of the designer’s dagger pendants. The jewels, that range in price from around $6,500 to $17,500, perfectly communicated Blanchett’s cool character in the film not to mention her success on previous jobs. 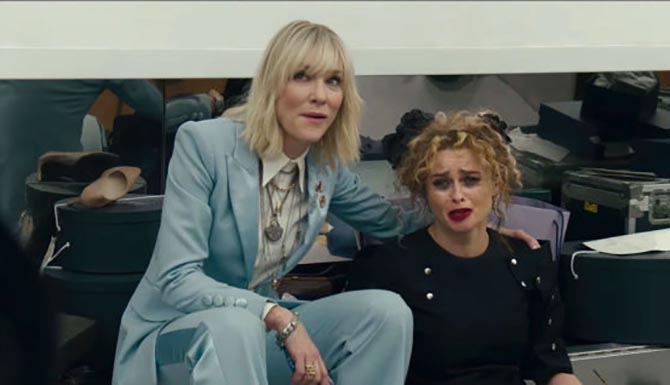 Cate Blanchett wearing a Sevan Biçakçi padlock necklace, among other jewels, while she comforts Helena Bonham Carter in Ocean’s 8. 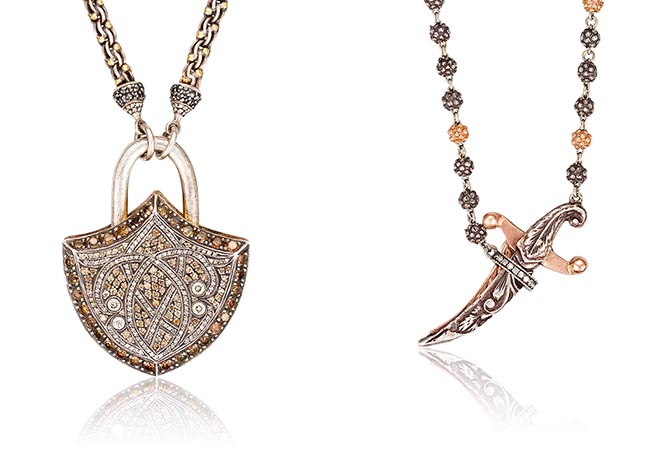 Sevan Biçakçi jewels worn by Cate Blanchett in Ocean’s 8: A silver and 24K gold padlock necklaces with diamonds and brown diamond accents and a silver and rose gold rosary necklace with a dagger.

‘Ocean’s 8’ Is All About Jewelry

The Most Memorable Jewels in ‘Sex and the City’