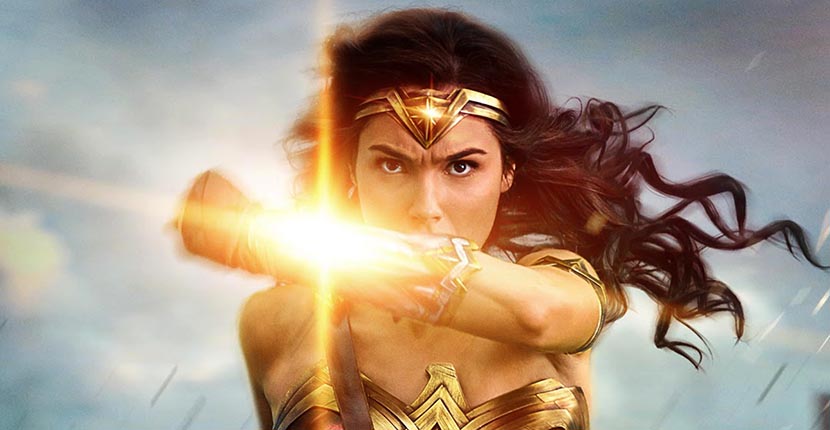 They do more than deflect bullets 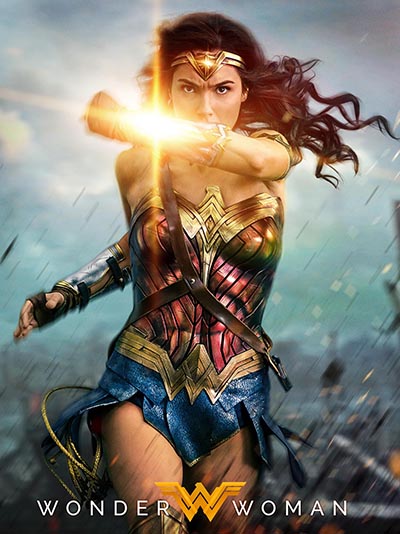 June 2, 2017—In Wonder Woman, shortly after our super heroine, the amazing Gal Gadot, rescues Steve Trevor (Chris Pine),  the first man she has ever met in her life, she gets a glimpse of his World War I style wristwatch. When he explains, “It tells the time. It tells you when to sleep, to eat…”  She replies, “You let that tiny thing tell you what to do?”

No wonder she is bewildered by the little timepiece’s supposed abilities. It comes nowhere near all the many things her wristwear is capable of. The most famous jewels of any DC Comics character, the bracelets created for the new movie are super cool. Princess Diana (Wonder Woman’s given name) has matching cuffs that stretch from her wrist almost to her elbow. A silver and gold matte finish accent the pieces that were inspired by ancient Greek armor. The sculptural elements have the appearance of American art deco architecture like the Chrysler Building in New York. Her other accessories include a shield, sword, the Lasso of Truth, an armband and a bandeau tiara that belonged to Antiope (Robin Wright) “the greatest warrior who ever lived.”

Of course, the bracelets deflect bullets in the manner of the famous jewels worn by Lynda Carter in the great 1970s-television series, but there is a much bigger mythology. When Diana clashes them together they form a powerful concussive force field that thwarts attackers. At the moment when she is beginning to realize her powers in the movie and this effect goes into action she seems surprised by the power of her jewelry. Diana has yet to realize she is a goddess, an immortal superhero. 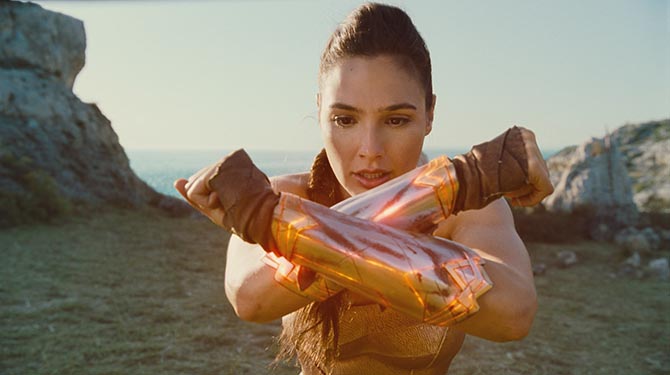 The first time Wonder Woman realizes that when she clashes her bracelets together they produce a concussive forcefield around her. Photo Warner Brothers

Nothing is precisely spelled-out about the accessories in the movie.  Luckily, a few different explanations have been given in DC Comics over the years since Wonder Woman was invented by William Moulton Marston in 1941.  It seems the force field power is part of one storyline that the bracelets are made with Aegis from the shield of the she-goat who suckled Zeus as an infant.  Wonder Woman mythology is heavily intermingled with ancient Greek myth. 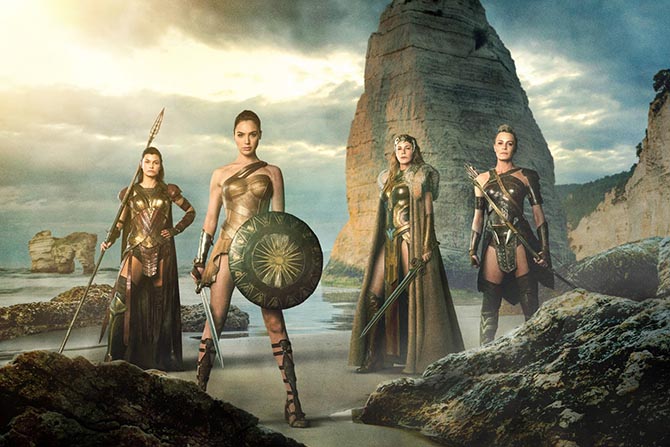 Another reason all the Amazons wear a pair of bracelets is as a reminder of their period of enslavement by Hercules and their failure to stop the conflicts in the world. This mission is the reason they beat a retreat to an all-female island Themyscira where they are more or less protected by Zeus but always training for the possible return of Ares, the god of war. It’s complicated. 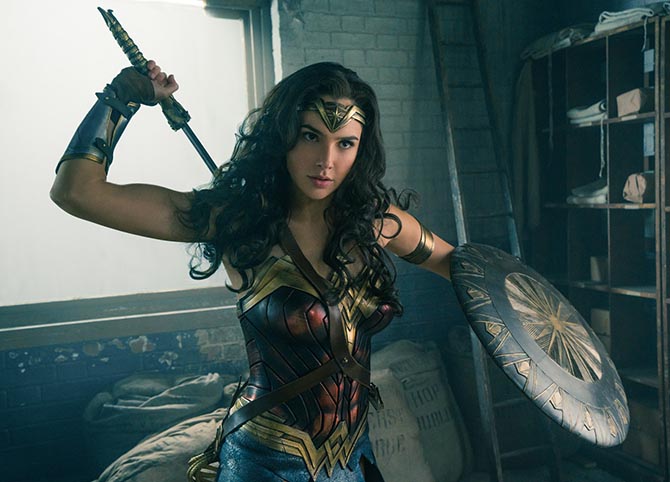 One of the most fascinating stories behind the jewels is that they provide a sort of balance to Diana and the Amazons between peace and battles. They were originally named the Bracelets of Submission, because they reigned in the women’s incredible powers. In essence, they acted as reminders of the importance of love. If they were removed, the legend reveals, the Amazons would go wild with fury. 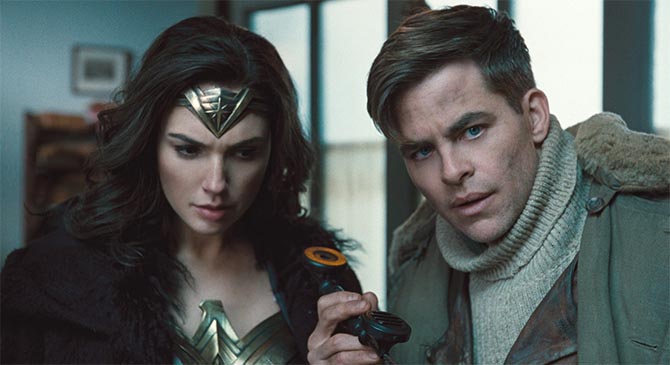 This storyline may or may not be part of the new Wonder Woman. The mythology has changed here and there over the decades. In one scene, when Diana is going after the man who is the personification of war in the modern world, she appears at a formal ball without her bracelets. Her sword is not too subtly secured down the back of her dress. 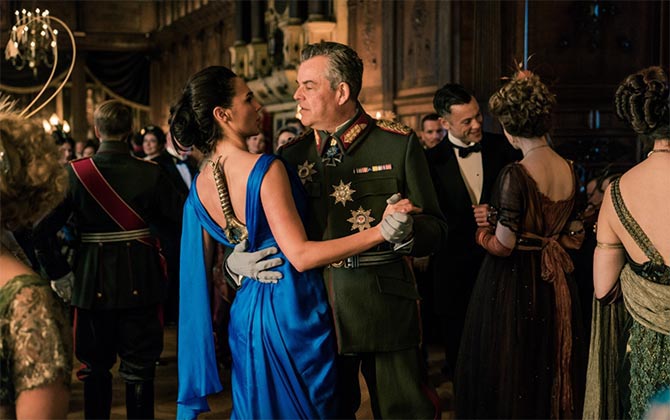 The only scene in ‘Wonder Woman’ when Diana (Gal Gadot) is not wearing her bracelets. She has her sword down her back while she dances with the enemy Ludendorff (Danny Houston). Photo Warner Brothers

Perhaps the bracelets were not worn because she was channeling all her strength for the fight.  It’s possible the costume designer felt the bold jewels with leather underpinnings just didn’t work with the formal attire.  Although I think they would have looked great.  Or maybe they were not worn because Gal Gadot’s Wonder Woman makes her own decisions and she decided to leave them off for that moment.  Whatever the case may be, the jewels return quickly.  I like to believe they came back because they are a symbol of Diana’s fight for peace and her ultimate belief in the power of love—part of the symbolism behind her jewels.

Emma Watson’s Dreamy Jewelry in ‘Beauty and the Beast’