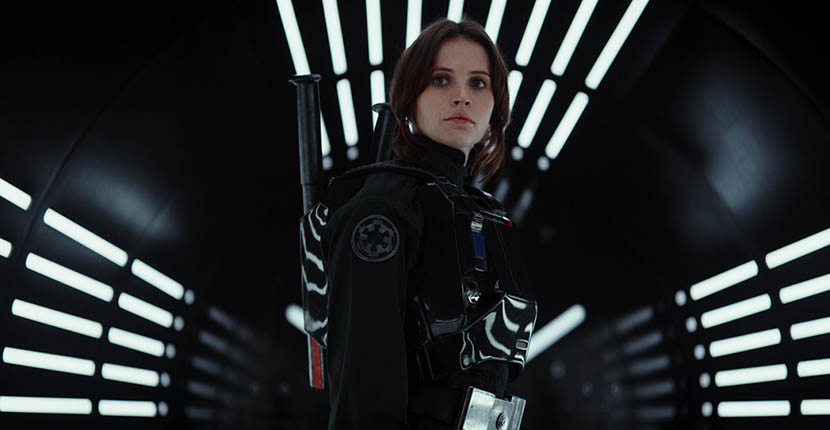 The Force is strong in this jewel

If you dive deep into the mythology of Stars Wars you will find gems. Of course, there is the magnificent necklace worn by Princess Leia in Star Wars: A New Hope created by Finnish designer Björn Weckström. In the very fist scene of the new Star Wars movie, Rogue One, there is also a jewel. A Kyber crystal necklace is presented to Jyn Erso (Felicity Jones). The piece may not have the majesty of Princess Leia’s treasure but it does have a lot of power.

According to Wookieepedia, Kyber crystal can be found throughout the galaxy. One of the strongest concentrations of the rock is the Kyber Crystal Caves on Ilum, a sacred planet for Jedis, and Jedha, a small desert moon and a holy land destination for pilgrims who believe in the Force. The powerful rock has a strong relationship with the Jedi. When Force sensitive children are being trained, they go to the Crystal Caves to harvest their own crystals and use them in the construction of their lightsabers. The sentient rocks turn blue and warm slightly at the touch if they were intended for the future Jedi, if not they turn cold. Sith’s sabers are red because when someone from the Dark Side chooses a Kyber crystal for their light saber the rock bleeds. Kybers are also used by the Empire to power the Death Star’s ray beam.

In Rogue One, Jyn receives a Kyber crystal on a black leather cord necklace when she is a child about to begin her journey to becoming a rebel. Her mother Lyra Erso (Valene Kayne) places it around her neck and says, “Trust the Force.” 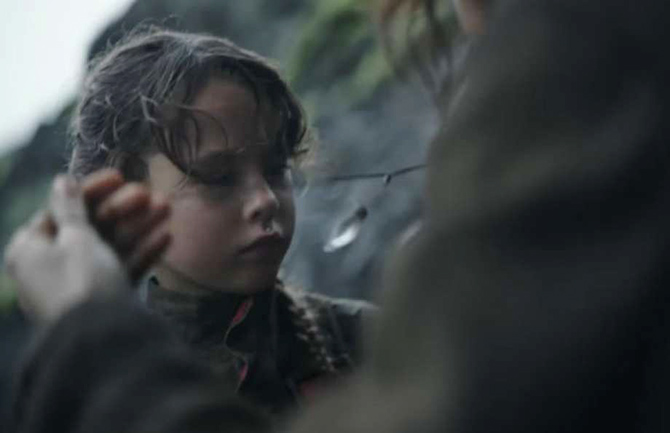 The crystal and necklace come into the storyline a few times. Once when the magnificent blind Jedi, Chirut Îmwe, (played by martial artist Donnie Yen) first meets Jyn, he says “The strongest stars have hearts of Kyber.” The statement is clearly a metaphor foreshadowing Jyn’s courage as the story progresses. According to Wookieepedia, the crystals are similarly name checked by Yoda in the Star Wars animated television series The Clone Wars, “Always at their heart, a kyber crystal was.”

Jyn wears the necklace underneath her shirt, so obviously the only way Chirut knows she is wearing it is through his Jedi powers. Wookieepedia says, Jedi could hear the “music” and “harmony” of the rock. Another time when Chirut suspects something ominous could happen, he asks her, “Would you trade that necklace for a glimpse into your future?” She is astonished he knows about the jewel. Without giving anything in the plot away, the necklace appears one final time when Jyn pulls it out from under her shirt and holds it tightly for good luck.

Half of the fun in the new Star Wars films is tying to make the links to the past movies and figuring out what everything means. Little is explained about the necklace in Rogue One and theories run in all kinds of complicated directions. While I do know the Star Wars films front to back, I am not fully versed in every iteration of the series. Nevertheless, coming at the discussion from the jewelry angle, I believe the necklace was a straight up symbolic talisman. The connection to the Empire is a reference to the activities Jyn’s father is forced to perform. The Kyber connects Jyn to the Jedi without saying she is quite a Jedi. She is like an honorary Jedi. The jewel operates as a reminder of her family and their sacrifices to save her. It works as any good talisman should, bringing her luck and strength to execute her mission.

As I mentioned in the story on Princess Leia’s jewelry in Star Wars: A New Hope, there is not jewelry in the American trailers for Rouge One.  The aforementioned deep dive, however,  led me to the international trailers for the film where it does appear.  See the jewel in the trailer above.

A Look Back at Princess Leia’s Jewelry in ‘Star Wars: A New Hope’

There Is Lots of Jewelry in ‘The Last Jedi’