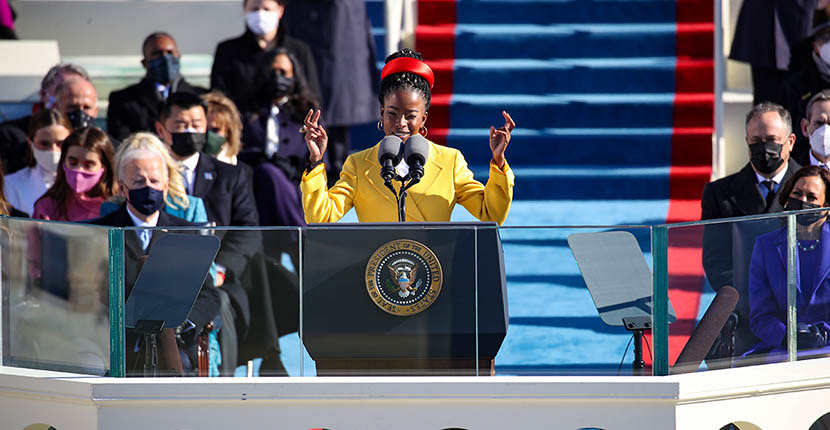 Amanda Gorman reading "The Hill We Climb" at the Inauguration

Amanda Gorman’s Jewels Were A Gift from Oprah

And they sparkle with meaning

January 20, 2021—I happened to hear Amanda Gorman read a few verses from her Inaugural poem “The Hill We Climb” on the radio yesterday. Her engaging voice and words stopped me in my tracks from whatever it was I was doing. Saying it was powerful is putting it mildly.

When she read the entire poem near the end of the inauguration ceremony for President Joe Biden and Vice President Kamala Harris, I was brought to tears by the beauty of her message and her impressive, no make that awe-inspiring, delivery. I was welling up throughout the poem, but certainly lost it when she proclaimed, “There is always light, if we are only brave enough to see it.” 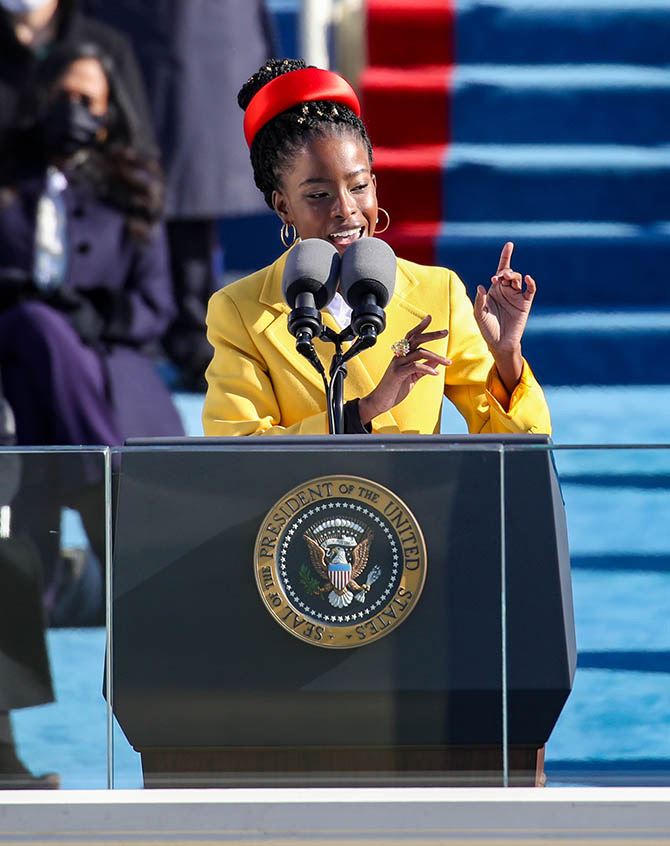 The poet Amanda Gorman wore Nikos Koulis earrings and a ring by Of Rare Origin to the Inauguration. Photo Getty

The 22-year-old who has been an acclaimed poet since she was named the Youth Poet Laureate of Los Angeles at 16, also dazzled at the podium in her bright attire and jewels. The look was as uplifting as the winter sunshine that broke through the clouds during the ceremony.

Gorman paired a yellow coat and red headband from Prada with two jewels that were a gift from Oprah. 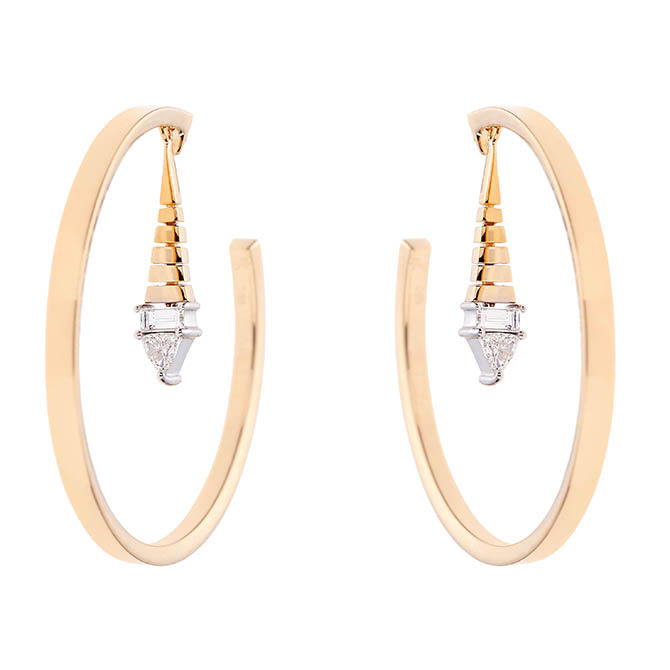 The gold hoop earrings are by Nikos Koulis, a designer Oprah has worn on several occasions. They are from the Greek designer’s Energy Collection. The classical gold hoop silhouette features a drop segment at the center set with fancy cut diamonds. 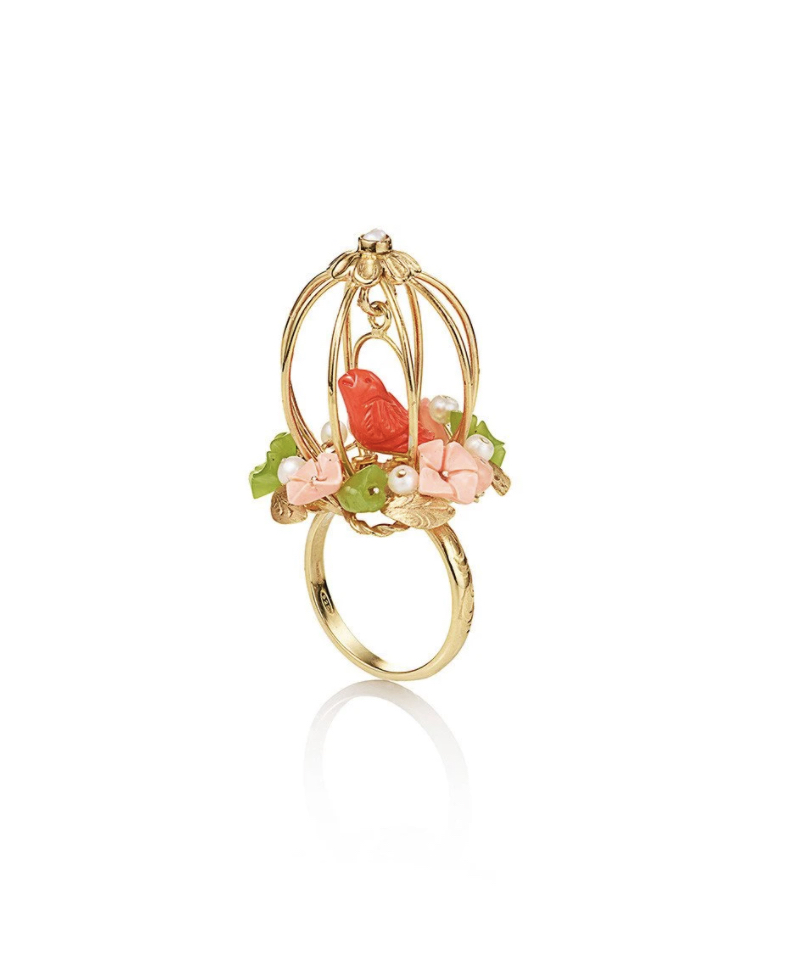 Aviary Ring by Of Rare Origin similar in style to the jewel from the New York based firm worn by Amanda Gorman at the Inauguration. Photo courtesy

On her finger, Amanda wore an Aviary Classic Ring from the New York based mother-daughter design team Of Rare Origin. The sculptural jewel composed of 18K gold vermeil and gems stood out as the poet gestured. It features a bird in a cage and was Oprah’s tribute to the 1993 inaugural poet, Maya Angelou, and her classic work, I Know Why A Caged Bird Sings.

According to Oprah.com, the gifts to Amanda are a continuation of Oprah’s tradition of gifting certain inaugural poets. She gave Angelou a blue Chanel coat and pair of gloves to wear in 1993.

Amanda Gorman recites “The Hill We Climb” at the Biden Inauguration