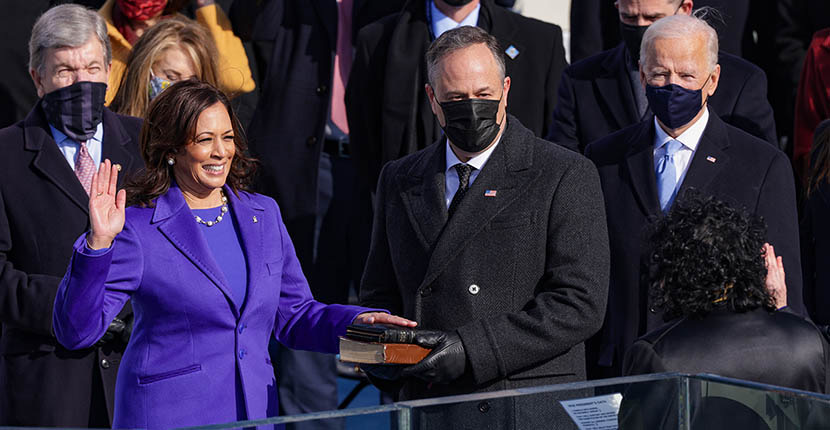 Madam Vice-President made history in a Wilfredo Rosado jewel

January 20, 2021—The oath of office at the Inauguration for Vice President Kamala Harris just took a couple of minutes but it was filled with historic firsts. When she was sworn in by Supreme Court Justice Sonia Sotomayor, Kamala became the first woman vice president and the first Black vice president of South Asian descent.

For the event Madam Vice President, to the surprise of no one, wore a pearl necklace. Her love for the marine gem dates back to at least her college days at Howard University and her sorority Alpha Kappa Alpha. All the pearls she wore on the campaign trail have added fuel to the popularity of classic styles with a few twists in the design.

In fact, pearls have become such a signature accessory for Kamala, according to the New York Times over 430,000 women joined a Facebook group called “Wear Pearls on Jan 20 2021” as a sign of support for the VP. I suspect even more women will start wearing pearls over the next four years. 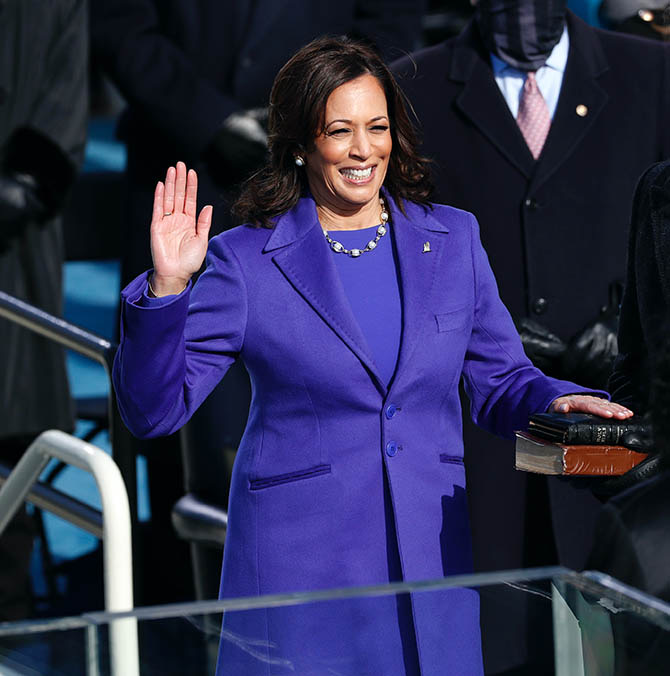 So, we knew Kamala was going to wear pearls for the Inauguration. We didn’t know, however, what pearl necklace she would wear. For the historic event, she chose a custom-made jewel by Wilfredo Rosado of W.Rosado.

The New York based designer is known for his groundbreaking High Jewelry with an artistic spirit such as playful cameos and gem-set pieces inspired by Piet Mondrian’s Broadway Boogie Woogie. Any number of celebrities have worn his jewels including Julia Roberts, Rihanna and Gwyneth Paltrow. 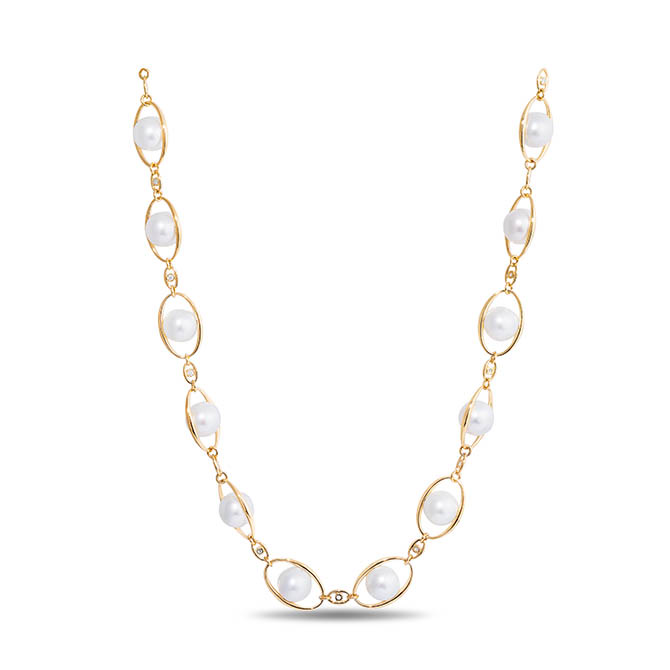 The W.Rosado necklace worn by Vice-President Kamala Harris at the Inauguration. Photo courtesy

Kamala’s necklace was a unique piece Wilfredo conceived with her in mind. It features a new chain motif of alternating links with diamond accents and large oval links suspending South Sea pearls in the center.

The bold pearl jewel stood out as something extra special and memorable among all the pearl necklaces Kamala has worn throughout her life.

Amanda Gorman’s Jewels Were A Gift From Oprah