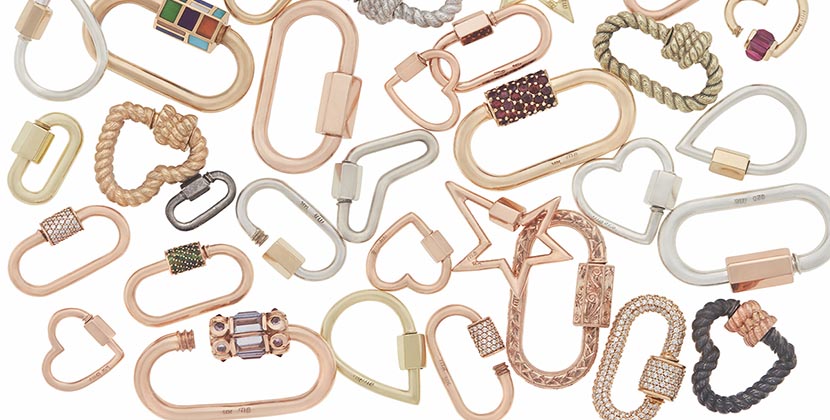 Marla Aaron silver, gold and gemset Locks that can be worn as pendants, charm holders or clasps Photo courtesy 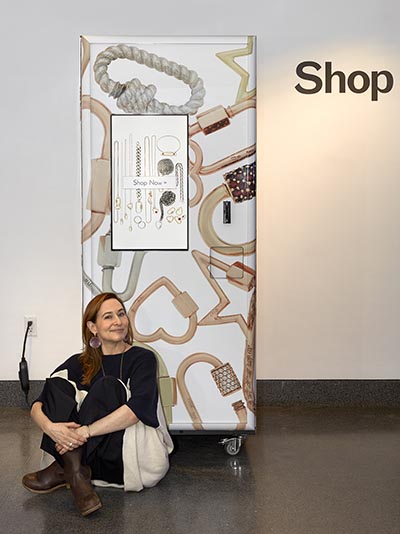 Designer Marla Aaron seated in front of her fine jewelry vending machine at the Brooklyn Museum of Art. Photo courtesy

There was a sea change in fine jewelry retailing during 2017. Large and small designers presented their collections to wider audiences in unique ways. Cartier and Van Cleef & Arpels put on public exhibitions of the type of High Jewelry that was once only shown to VIP clients and select press. E-tailer Moda Operandi infused the excitement of Fashion Week into the most important jewelry trade show of the year, Couture in Las Vegas, by going live from the event and making new pieces from a handful of designers available the instant they debuted. Tiffany staged charming holiday pop-up shops at popular New York City tourist destinations—Rockefeller Center and Grand Central Station—stocked with pre-wrapped best sellers. Many designers have made their Instagrams shoppable as the social media app rolls out the new technology to ❤️ and buy.

There is only one fine jewelry designer, however, who has put her work in a vending machine. Marla Aaron, one of the talents I predicted would be huge in 2017, did not disappoint with the modern presentation of her silver, gold and gemset hardware-style jewels inspired by the carabiner lock. Find out about more about the cool sales outlet, that can be found at the Brooklyn Museum of Art just outside the Gift Shop, in my interview with Marla.

What inspired the idea for the vending machine?

Two years ago, when I was in Japan I was struck by the colorful vending machines everywhere, selling all manner of goods. On the plane home, I started searching for a company to help me make one. I felt given the industrial nature of my collection lent itself nicely to the vending machine format.

How long did it take to produce the machine?

We began seriously working on it in August of 2016 and it was just delivered. The biggest challenge was actually finding a unique place to put it. 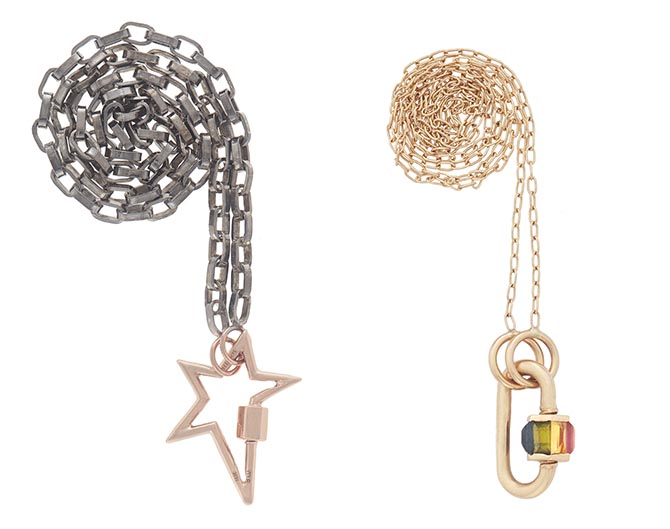 Two of Marla Aaron’s jewelry designs available from her vending machine located at the Brooklyn Museum of Art. Photo courtesy

Besides everyone telling you it was a bad idea to do a fine jewelry vending machine were there any other funny moments that happened along the way of creating the machine?

While I have a sense of humor and find most things funny, I was dead serious about the vending machine.

How did you decide which one of your jewelry designs would go into the vending machine?

It changed a couple of times during the year. At first, I was concerned about our price point going over $500. I felt like that would be the outer limits, but at the same time I was seeing our average sale online increase exponentially. They are not entirely comparable but I think if we have crossed the price barrier online then the vending machine would not be such a stretch.

Now there are seven products ranging in price from $100 for a sterling silver ear Cuffling up to $1,472 for our Total Baby Baguette Lock with rainbow set sapphires on a gold chain. The interesting part is that we can switch it. We can try different things, something I am especially interested in doing because I want to make more vending machines. This will not be the only one. 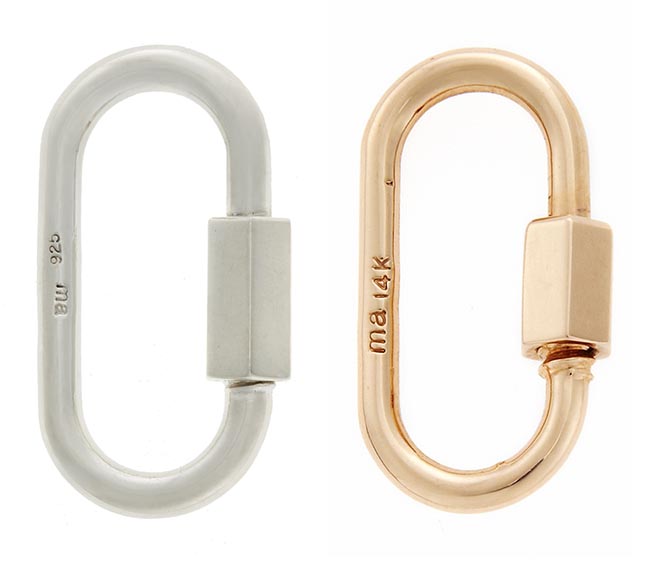 Marla Aaron’s signature Locks in silver and gold available from her vending machine at the Brooklyn Museum of Art. Photo courtesy

What if someone wants to return a piece?

​This is easy. Each piece comes packaged in one of our boxes and inside is a card telling them that if they don’t like it they can return it by emailing us for a full refund. There is also a section during the vending experience that tells them they can return it, no questions asked.  We have a very generous return policy on our website and this is simply an extension of that. I would never want someone to feel stuck with a piece of our jewelry that they did not want.  ​

What made you think of putting it in the Brooklyn Museum?

​I didn’t. One of our customers came up with the idea. I was searching for a place and I was not having a great deal of luck.  With all the empty high-end retail space floating around New York right now you would think that someone would get creative with how to occupy it with a vending machine, but that’s not the case.  The real estate world thinks in very traditional terms and they could not wrap their mind around how to charge me for space because it takes up so little space.  I wanted it to be in an unexpected place so it could be stumbled upon.  I was explaining this to a customer and she suggested The Brooklyn Museum.​

What has been the response to the vending machine in the museum?

It’s been very positive. One piece sold within the first three days.​  It was a very gratifying moment. ​

Watch the video about Marla’s process that plays on a touch screen on the side of the vending machine below. Follow the designer on her Instagram @marlaaron as she documents people shopping at her vending machine and other adventures.

Books to Give the Jewelry Lovers on Your List