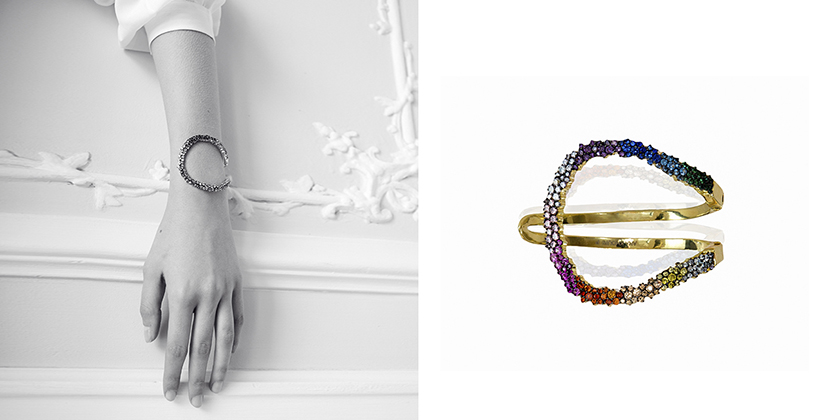 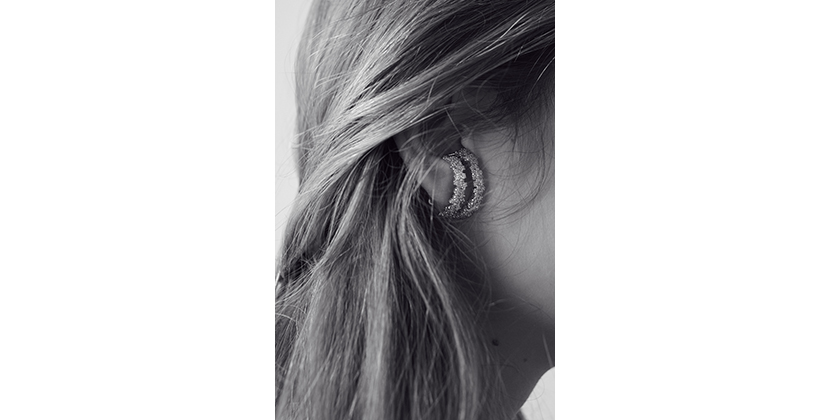 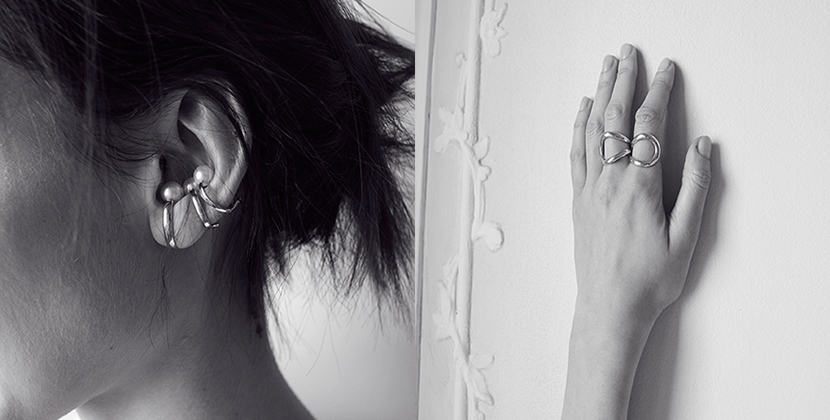 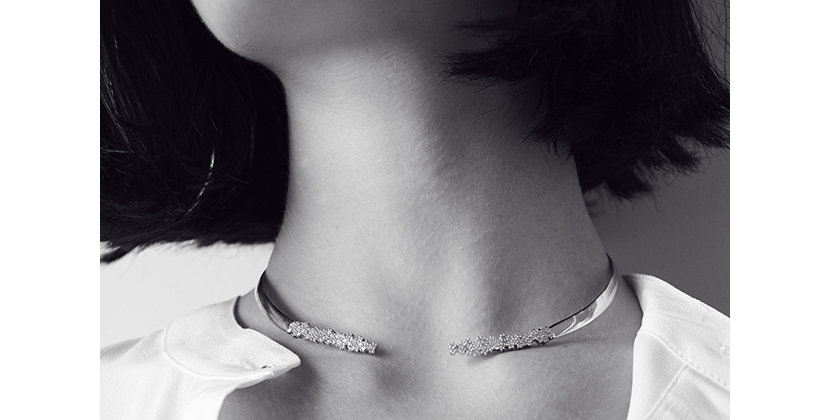 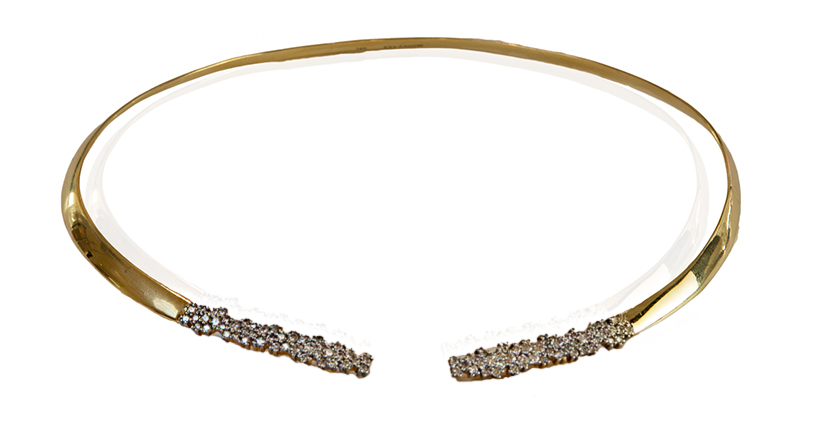 Sexy and intellectual, the Brazilian designer’s collection has got it all 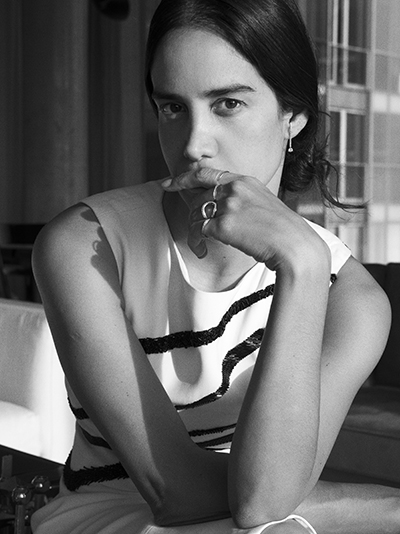 Ana studied architecture in São Paulo before learning about gems in New York where she launched her collection in 2013. From the moment she began, her designs had fresh silhouettes. A look at the array of celebrities wearing the pieces on Ana’s website prove she was pioneer in the sophisticated ear decorations.  Ana was also one of the first to popularize decorative hand jewels. The Diamond Stem Hand bracelet has become a Khouri classic. Jennifer Lawrence wore it several times during her Hunger Games world press tour.  Just two weeks ago for a State Dinner at the White House, Kerri Russell put on the hand piece with earrings Ana designed for Narciso Rodriguez’s fall 2016 collection.

The Simplicity Collection shown in the slider above features several innovative silhouettes. The Diamond Ear Piece that doesn’t have a post but is designed to wrap around the lower ear lobe shatters the traditional hoop concept and brings the form into the twenty-first century. The Mirian bracelet and rings are made of gold that whips around the wrist and fingers in the the dynamic shape of a lasso. A rainbow of sapphires, emeralds and diamonds light up the bracelet. While the Mirian Necklace, a flattened torque with diamond tips, may seem like more of a straightforward style a look closer reveals the way Ana has the shape cleanly sculpted at an upward angle to echo the natural line of the neck. She has added texture with the unique diamond setting. With all the inventive looks Ana Khouri has created during the course of her career it, I can’t wait to see what she will think of next.