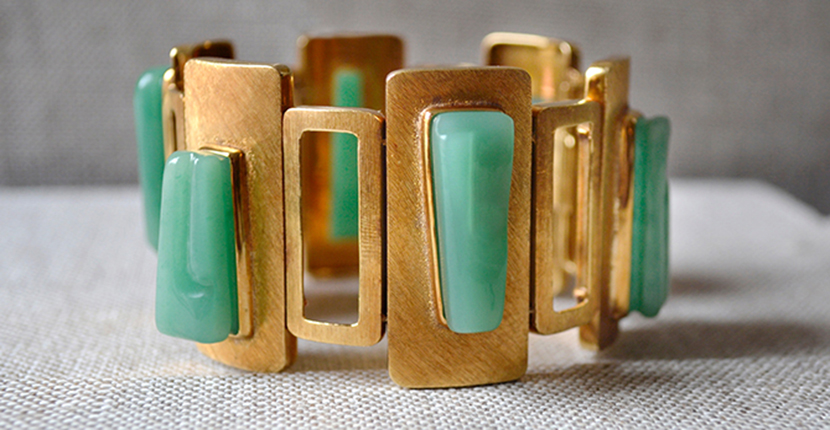 The boardwalk of swirling black and white pebbles at Copacabana beach is one of the most famous sites in Rio. It was designed by Roberto Burle Marx in the 1930s. A celebrated landscape architect, Roberto collaborated on several projects with renowned Brazilian architect Oscar Niemeyer including the capital in Brasília. He also designed the shapes for outrageously imaginative gems that were set in jewels created by his brother Haroldo Burle Marx.

The Mahnaz Collection in New York, that specializes in bold twentieth century jewelry, some of which is available at Barneys, has an extraordinary selection of Burle Marx. An array of over 60 pieces was put on display at the Wright Gallery in New York in June. Mahnaz Ispahani Bartos of the Mahnaz Collection generously allowed me to take a second look at the Burle Marx pieces in her vault for our celebration of Brazilian jewelry talent in honor of the Olympic Games in Rio. 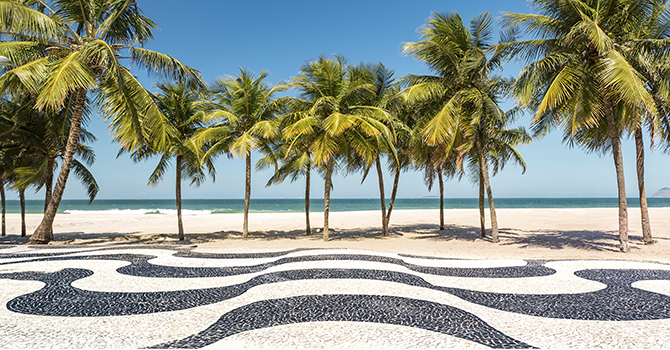 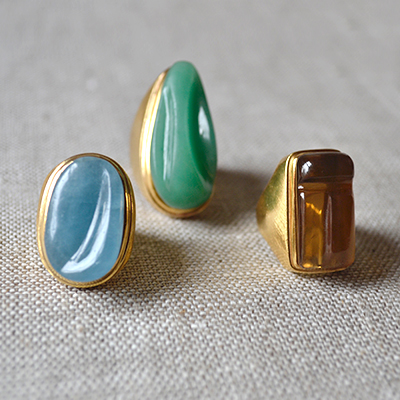 The Burle Marx brothers were from a well to do family of German Jews, distantly related to Karl Marx, who emigrated to Rio in 1895. Roberto, Haroldo and their brother Walter all excelled in creative fields. In 1967 Time referred to the siblings as “the most amazing and talented brother act in Brazil.” Walter was a composer, pianist and conductor of the Rio Philharmonic. Roberto had many creative talents above and beyond landscape architecture. He was a painter, sculptor and botanist among other things. Haroldo was solely focused on jewelry.

A designer, lapidary and gemologist, Haroldo ran a successful workshop in Rio from the 1930s through the 1980s. His exceptional work was a source of pride for the nation. When dignitaries visited Brazil, the government often commissioned Haroldo to create pieces to present to them. Japan’s Empress Nagako, for one example, received an opal necklace when she visited the country. Queen Margrethe of Denmark wore a Burle Marx demi suite of an aquamarine ring and brooch on her wedding trip in 1966. Other luminaries who had at least one piece of the designer’s jewelry include Joan Bennett, Merle Oberon and Natalie Wood.

Haroldo’s jewelry captures that curvaceous kind of modern style that exists south of the equator. The forms are at once organic and architectural. In a 1983 interview in Connoisseur magazine he said, “Although I love it, the past cannot be brought back again. New things must be made. I like to think that I’m a small link in pioneering jewelry concepts in finding new roads, although I deeply respect the old roads.”

Haroldo did pioneer new looks and his influence can be seen in Brazilian jewelry designer’s work to this day. When his pieces were set with gems designed by his brother Roberto the combination was something truly special. The gems Roberto conceived were in a style called the Forma Livre Cut or free form cut.   The shapes transform Brazilian semiprecious gems into architectural elements in the jewels. In conjunction with the unusual forms of the metal, there is a movement to the jewelry comparably to the swirls seen in the pebbles of Copacabana beach or the rhythmic energy of Brazil’s Samba. 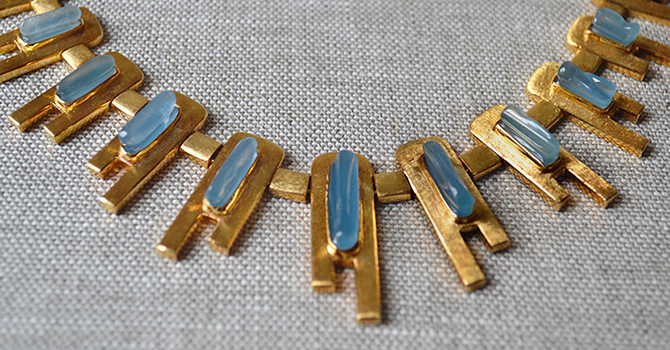 Salvador Dali’s Eye of Time Goes on the Auction Block