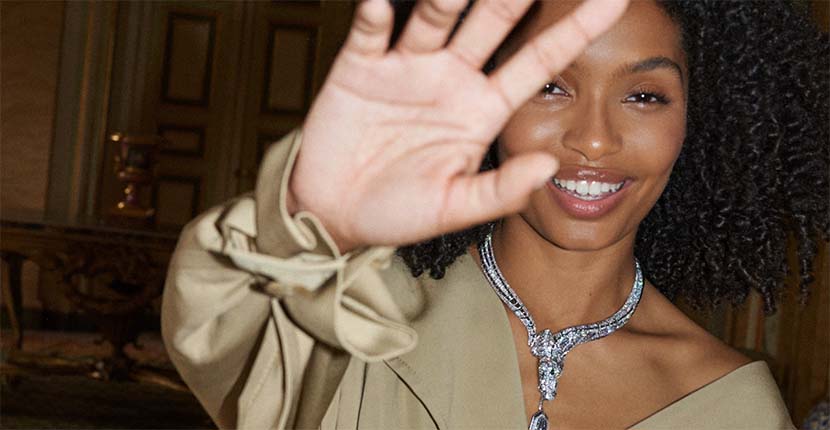 July 8, 2022—Travel, art and culture were among the ideas Cartier brought into jewelry during the first half of the 20th century in a way that had never been done before. Those iconic designs, made under the direction of the Cartier brothers—Louis, Pierre and Jacques—are the guiding light of new High Jewelry collections. Beautés du Monde, shown recently in Madrid, is a stunning example of just how Cartier looks to the past and carries it into the present.

For the High Jewelry event, Cartier flew in press (including this jewelry journalist), clients and celebrity ambassadors of the brand to the Spanish capital. While Cartier’s roots in Paris, London and New York are well documented, it also had a presence in Madrid dating back 100 years. The Beautés du Monde presentation marked the centennial.

The collection was shown exhibition style at the Embassy, a building designed by Bryant and Blanco-Soler in 1966. Cartier fully restored the avant-garde icon which had been unused since 2009. The interior installation, created by Spanish artist Jaime Hayon, featured repeating arches symbolizing strength, diversity and richness.

Then, of course, there were the jewels which all the context Cartier built were celebrating. The breadth and depth of the expansive collection makes it impossible to explain simply. When Cartier calls a collection Beauties of the World, they mean it and cover everything from flora and fauna to faraway lands.

Some things that have lingered in my mind are a dazzling green diamond at the center of an architectural diamond ring. The eye-popping combination of coral and emeralds ribboned along the white diamond Récif Necklace. Cartier often used the contrasting colors during the Art Deco era. The Rituel Necklace of azure chalcedony and rubies was another jewel that captured my imagination with the color combination.

The entire jewelry collection took a second turn during an evening dinner party at the 18th century Palacio de Liria, one of the largest private residences in Madrid and home to the Dukes of Berwick and Alba. In addition to the jewels the models wore clothes by Spanish fashion designers Arnaud Maillard & Álvaro Castejón. A punctuation point was put on the Spanish location during dessert when flamenco dancers suddenly appeared and performed a rousing number with castanets.

In a statement about the collection Cartier’s Creative Director of High Jewelry, Jacqueline Karachi, said “Cartier sees beauty wherever it is found.” I would add an additional phrase to this idea, Cartier makes the world more beautiful wherever it goes.

See more of the collection on actress and Cartier ambassador Yara Shahidi in the photos and video below. The contemporary styling proves while the designs are one-of-a-kind treasures centering on rare gems, there is a modernity to the jewels that work as well with a gown as a crisp white shirt.