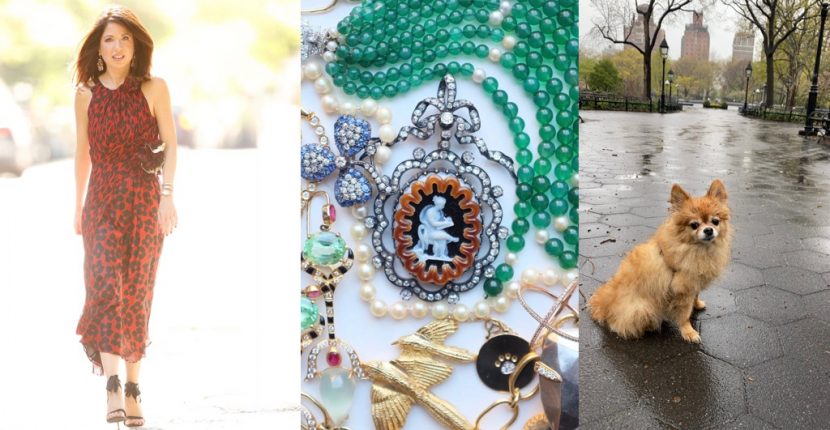 I came back to New York City on March 11th after spending six weeks in Los Angeles covering Awards Season and the jewelry scene. States of emergency had already been declared here and there. Before I left, my sister invited me to stay with her and her husband in Palm Springs, but I wanted to come home. While that may sound crazy to some, and perhaps it was when you consider the wide-open spaces not to mention good weather on the west coast, I didn’t give it a second thought. As much as I love California, I needed to bear witness to what was happening in New York.

And it all began to happen fast when I returned. Many people were already working from home before the government made the order for them to do so. Then they shut the museums, schools and the restaurants. A construction crew I could hear nearby were the last ones to stop working. Lots of people packed up and left town.

For those who stayed there was an initial shopping rush for supplies. Actually, rush is a polite word. There was panic shopping happening as though the shelves would never be restocked. A few days into the shutdown, I was walking down the street holding a prized package of toilet paper, that didn’t fit into my tote bag with other stuff, and a well-dressed man asked me “Where did you get that?”

Hunter listening to the birdsong in Washington Square Park on March 29, 2020.

Soon enough, everything outside went silent. There was no traffic. The city’s iconic yellow cabs disappeared almost entirely. Every once in a while, I come across a delivery guy on a bike with a boom box blaring music. And I can’t blame him. For New Yorkers the sound of silence is bizarre. I will never forget how one week after the stay-at-home orders went into effect, during a routine Sunday morning walk to Washington Square Park with my dog Hunter, I could hear the birds singing from the moment I stepped out the door until I returned home. Never in over 30-years living in Manhattan have I heard birdsong as clearly.

In the midst of all of this I was finishing my ninth jewelry history book that is a catalogue for an exhibition I am guest curating at a museum in the city (and that’s all I am allowed to say about it now). I thought a silver lining to the quiet would be that I was going to be able to get everything done rapidly without interruption and nothing on the calendar. Not at all. 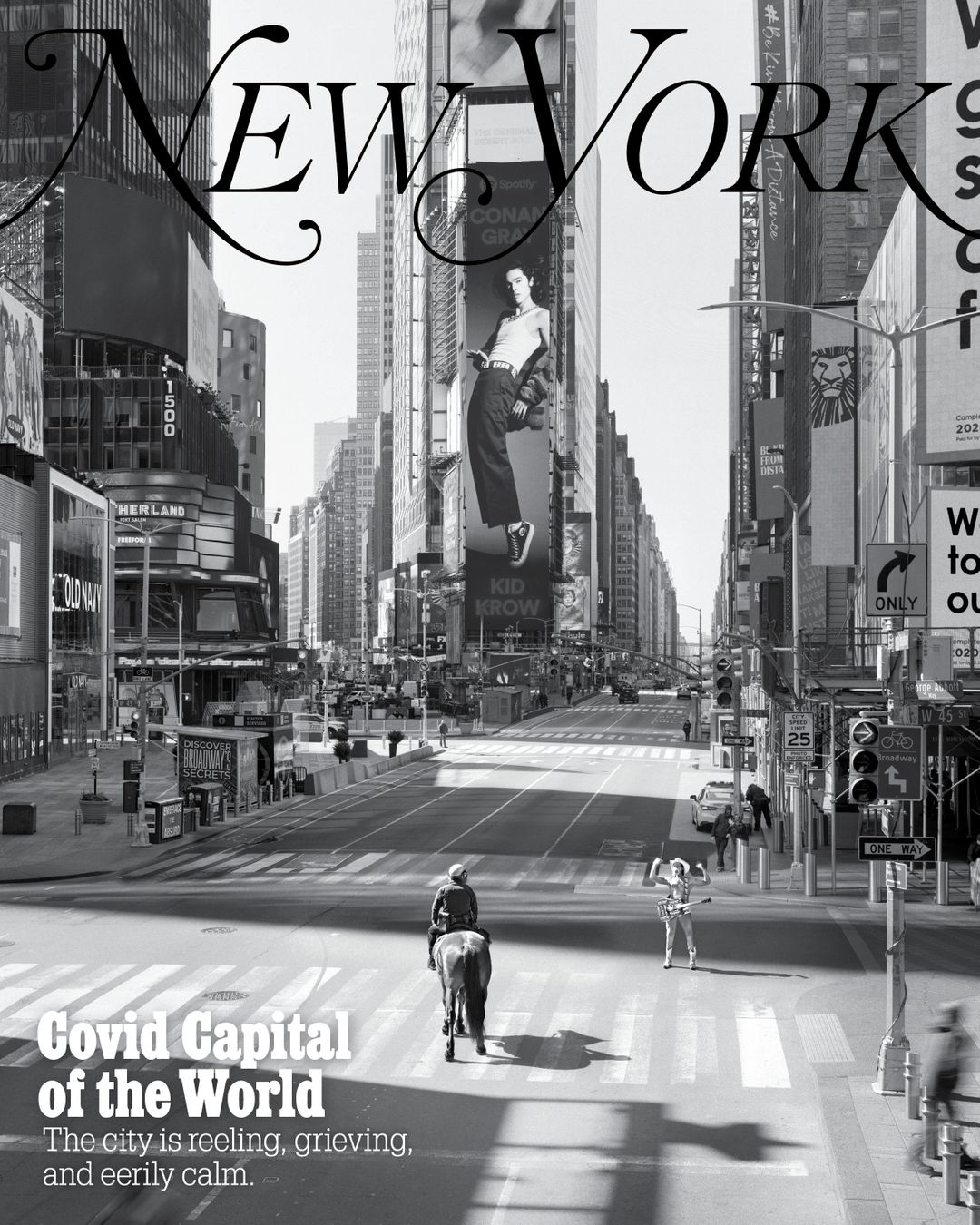 The first few weeks of lockdown were filled with people checking in which, of course, I appreciated, but threw a wrench into my grand productivity plans. Calls were long and ran the gamut from close-friends to those I hadn’t heard from in years. People who don’t live in the city were curious about what life was like in this hot zone, the epicenter of the coronavirus or as New York magazine put it, the Covid capital of the world.

All the experts will tell you having a routine is key under quarantine and mine breaks down to something like this: I get up early, check the news and do a mini workout on my Body by Simone app without any jumping so as not to disturb my downstairs neighbor. Then Hunter and I go for a walk and have breakfast. I get some work done before watching the Cuomo briefings that air around lunchtime. 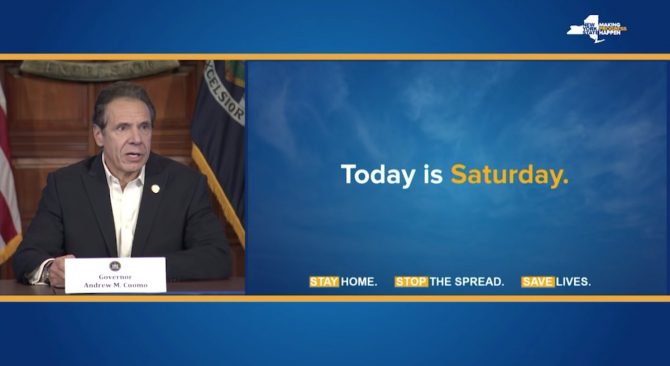 The hour they take place all else stops for the update on the current situation. I’ve been tempted to write a jewelry review on Cuomo’s commanding and self-possessed Secretary Melissa DeRosa—whose pieces include a Bulgari B1.Zero pendant, an Alhambra pendant as well as a stunning engagement ring—but I have managed to resist the temptation. At some point after the briefing, I exchange favorite phrases with a friend.

“The facts relax me.”

“I get how the political system works. Not here. Not now, my friends.”

“When I hear them [Washington politicians] saying don’t worry, I worry deeply.”

“Not that smart, not that opinionated, just a cool dude in a loose mood.”

“God will determine who is to blame. You and I just deal with the reality.”

The afternoons include another walk for Hunter. Sometimes we are joined by a neighborhood pal. One of our topics of conversation is the question of when will things open up again? We worry a bit. We search for silver linings. We also talk about masks versus scarves, the weather and what restaurants are doing good takeout. The Smith is one of the best.

The workday comes to an end at seven each evening when some very punctual person in my neighborhood breaks the silence with what sounds almost like a fog horn. It always kicks off the clapping, screaming, applauding and banging of pots. A dog barks too which I love. The noise is officially referred to as the “Clap because we care” movement for all the essential workers keeping the city rolling and taking care of the sick in hospitals. It goes on for about 5-minutes and feels like a thunderous roar of life, an acknowledgement that we are here. It’s the kind of energy that makes me love New York now more than ever.

Fantasy Jewelry Shopping During A Pandemic