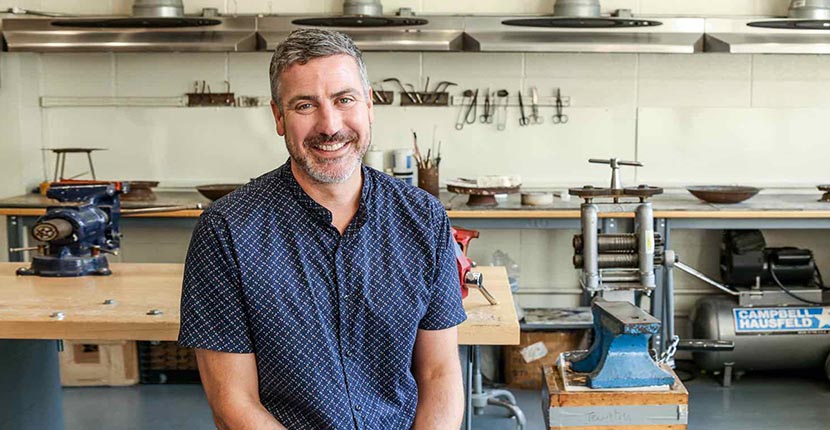 There is no place in the jewelry world quite like the 92nd Street Y in New York City. The institution’s Jewelry Center, founded in 1930, was originally conceived as a destination to learn how to make jewelry. For the last 20-years the programing has been dramatically expanded under the direction of Jonathan Wahl.

A visionary jeweler and artist, Jonathan not only oversees 55 weekly classes in jewelry making at the Y’s four state of the art metalsmithing studios, he also puts together the Jewelry Talks that cover everything from history and collecting to conversations with jewelry designers. He organizes elaborate international Jewelry Trips to visit contemporary designers and historical jewelry sites. He conceived the Y’s Jewelry Artist in Residence Program and Beads of Love. He was also instrumental in making New York Jewelry Week 2018 a success. In short, Jonathan is one of the most influential people in American jewelry academia.

Find out more about Jonathan in our interview below and support his Jewelry Center at the Benefit tonight honoring Town & Country’s Editor-in-Chief, Stellene Volandes and 92Y Jewelry Center faculty member Jiwon Han. 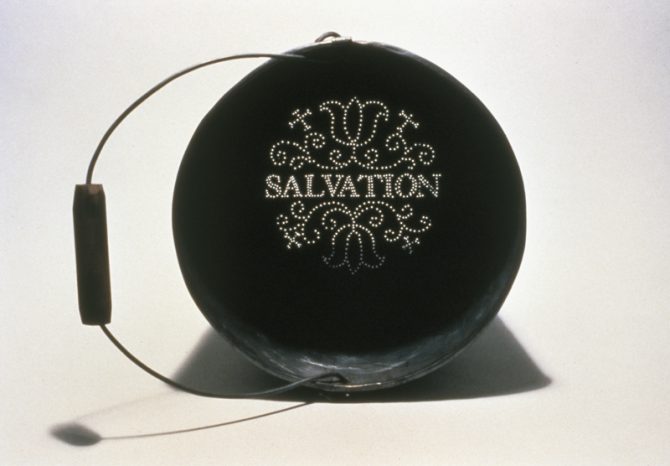 When did you fall in love with jewelry?

I thought I was going to be a graphic designer and then I quickly found out I hated it in school. When I took an elected jewelry class at Tyler School of Art, Temple University in Philadelphia it was a different story. I really got into jewelry once I discovered the material aspect of it—anodized aluminum, sterling, photo etching printing. I was thinking like an artist in a jewelry studio. In other words, I started as an artist, trained as a jeweler and in many ways my approach has never changed. There is a constant conversation for me between art and jewelry.

After Tyler I moved to London and worked at the Craft Council. British craft added another layer to my experience. Next, I went to graduate school at SUNY New Paltz for metalsmithing and I remade early American tinware. I was using the material as a metaphor for America, a specific object to our colonial past as a way to express how the country functioned or dysfunctioned in my opinion. The pieces were faithful reproductions with a twist. The buckets, for example, had pierced religious slogans in the bottom turning them into sieves.

I subverted their functions as a reflection of what America had become around 1994. When they passed “Don’t Ask, Don’t Tell,” I felt like I fit all these boxes as to what America should be and then realized the unalienable rights laid out in the Declaration of Independence like ‘Life, Liberty and the Pursuit of Happiness’ were only true for some people. They were American myths. I felt as a gay American, and like many minorities, that I was being left out of these ideals of freedom. With our current political climate I recently looked back on the work with new affection. 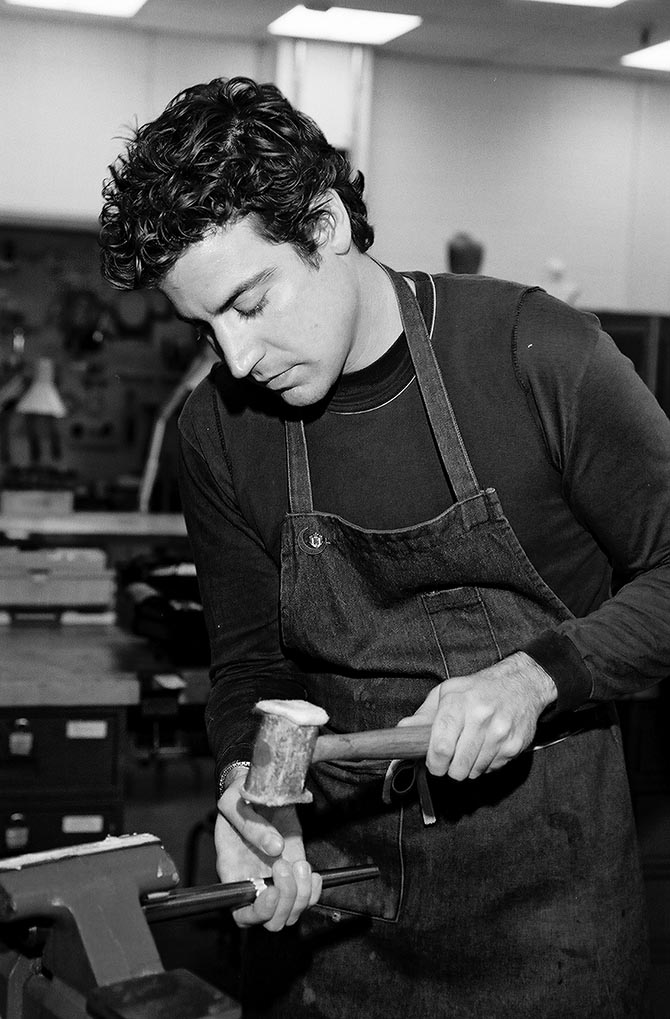 Vintage image of Jonathan Wahl working in the Jewelry Center at the Y. Photo courtesy

When did you start at the 92nd Street Y and what do you do there? Tell me about the programs.

I started at the Y on July 7, 1999.  I work at the Jewelry Center from Monday to Wednesday which allows me time to continue my studio practice during the rest of the week. The program has grown roughly five times since I began as the director. I oversee all the classes and faculty.

I also started our travel program for Jewelry Trips. We have been to India, Japan, Vienna, Prague and Israel. I am working on Greece and Korea. I also began the Jewelry Talks series which you have participated in several times. They fit into the larger Talks series of the Y in format and notable guests. The Talks this year are hosted by Stellene Volandes and underwritten by Christie’s.

Five years ago, I started a program called Beads for Love. We gather beads from top New York City designers to teach children in our outreach schools simple beading techniques to make necklaces as gifts for their loved ones. We usually conduct that program during the holidays, Valentine’s Day and Mother’s Day. You be amazed how much a little bling brings to a child’s day. It is so very sweet. 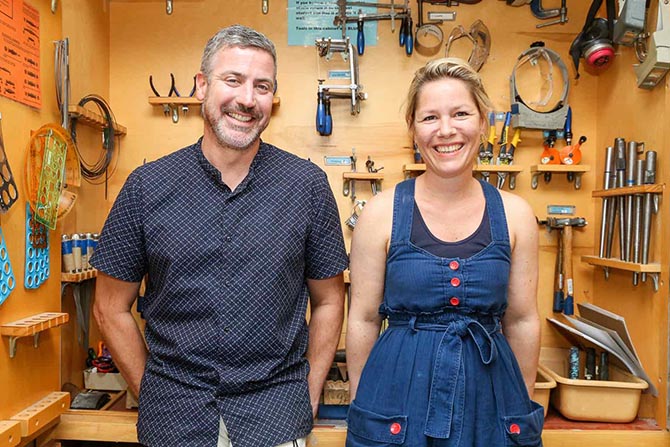 Two years ago, I began the Jeweler in Residence program. We have had two artists so far, one from Sweden and one from the Netherlands. Last year we received applications from 20 countries. I would be delighted to host someone from even farther afield. The residency runs from mid-August to mid-September. It was created to foster ideas and an exchange with artists that we might not normally meet in New York City.

It was inspired by attending Munich Jewelry week. During that week in March, Munich is host to over a hundred pop-up exhibitions and events with mainly studio jewelers. Some of it is very non-confirmative. The artists take risks with material that I don’t see very often. I wanted to get a taste of the conversation that occurs in Germany in New York City, even if only with one artist. 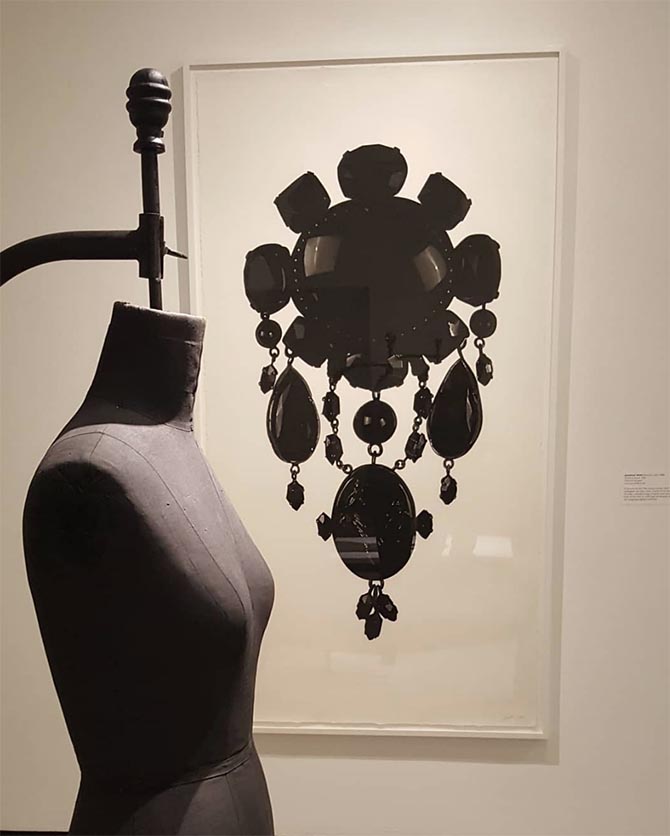 The Teutorborg Brooch aka Imperial Probe Droid by Jonathan Wahl on display at the ‘Outrageous Ornament’ exhibit at the Katonah Museum. Photo @jonathancwahl via Instagram

You believe in an expansive view of jewelry covering fine jewelry, studio styles and craft? Tell me about your all-inclusive perspective.

Jewelry is really human and personal. I look at jewelry from a conceptual point of view and from a humanist point of view. I love it for what it is, a beautiful object and at times a technical object. It is a thing you wear that adorns you. It is a memory keeper.

There are so many facets of jewelry that I believe are important. I think it is because of my background, all the things we have been discussing, as well as some personal experiences I had when I tried to crossover and do things in jewelry that were not related or done in other people’s view.

I began drawing jewels in 2006 after I launched a jewelry line that actually kind of confused people. After being primarily a sculptor for a decade on a whim I put together a jewelry line which got a big spread in W Jewelry and many came calling. Simultaneously, I was telling curators that knew me as a sculptor that I was making jewelry. It did not go over well. It was as though you were supposed to stay in one lane. I think that experience and my background made me very wary of making judgments around various jewelry categories.

It is when I started blending art and jewelry with my Jet Jewelry portraits around 2007. 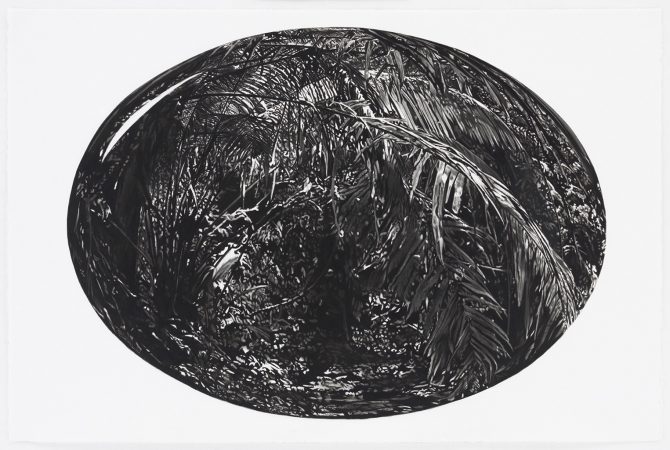 I love your gem and jewelry portraits. What is the story behind them?

They are generally about what jewelry means to me and how it fits into art. It was this inversion of the heroic versus the intimate. My big jet Viennese Teutorborg Brooch drawing is about six feet tall. It is also called the Imperial Probe Droid in a nod to Star Wars and the silhouette of the design. It is about pushing the highlights and lowlights found in jet, the idea of gems being reflective and refractive like the human eye as well as the concept of jewelry as a story teller of history. The piece is currently on view in the Outrageous Ornament exhibit at the Katonah Museum

I have also done a lot of landscape agate portraits. Agates and marble are also about time. It is a slice of what happened on earth in this moment.  They are markers of time and a material to gems are made with water and heat and magma. Water being an ephemeral material. It’s the opposite of marble being static and water being this constant changing thing. 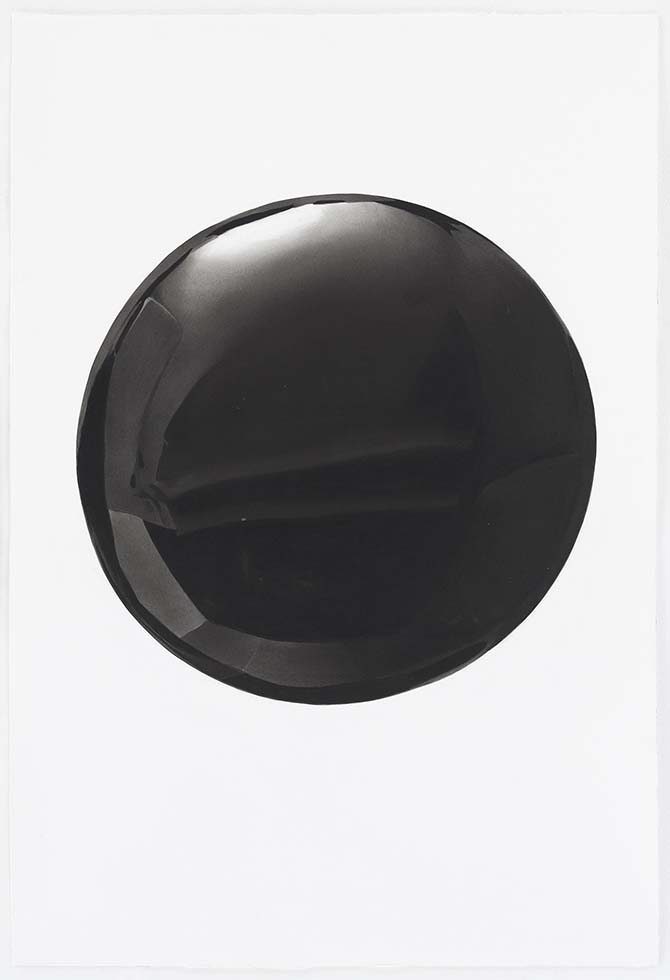 What inspired you to get behind New York City Jewelry Week?

Well again, Munich Jewelry Week came to mind. In the early planning stages of New York City Jewelry Week the founders of the event, Bella Neyman and JB Jones, came to me and asked my opinion and I thought “yes.” For me it was an opportunity to see if all the different facets of the jewelry world would get together and maybe cross some lines. I mean why not have a NYC jewelry week? It also gave me another bucket to stick my hands in.

The Jeweler in Residence at the 92nd Street Y

Frida Kahlo’s Style Is All Over Jewelry Now