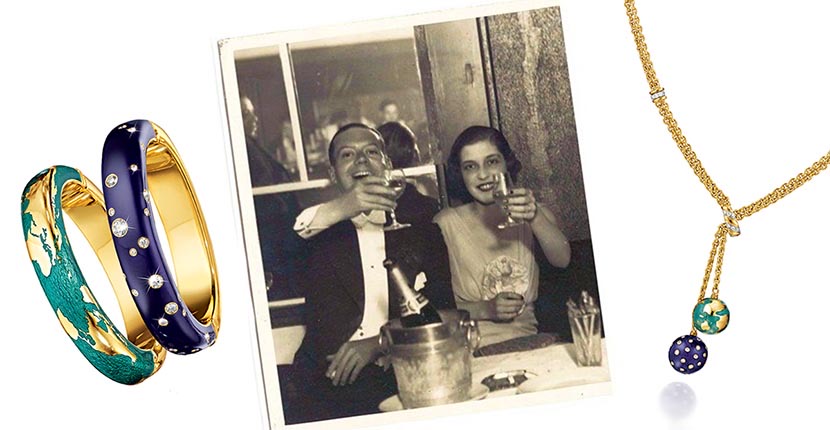 Lust: Verdura’s Night and Day Jewels Sing to Me

An occasional column about one author’s obsession— dream inspiring jewelry

When I was growing up, at the beginning of December, my mother and I always went to Bergdorf Goodman to buy a new ornament for our pink plastic Christmas tree. Yes, pink plastic with purple, pink and silver balls and our special collection of Bergdorf’s offerings. Why pink? Well we’re Jewish but my father was in the toy business and when you are in the toy business, you celebrate Christmas. So, you get an off-center tree and you decorate the hell out of it.

Like so many of us who’ve lost family, I get nostalgic this time of year, missing my mom and our traditions. So early every December, I stop off on Bergdorf’s 7th floor to peruse the store’s fabulous glass baubles and look for just one more to add to my treasures.

And then I had an idea.

I had long wanted to visit Verdura’s exclusive semi-private salon. I knew it was just across the street and up the elevator. And I knew visitors were welcome. Minutes later I was out of the cold and inside a lush velvet jewel box of a store. 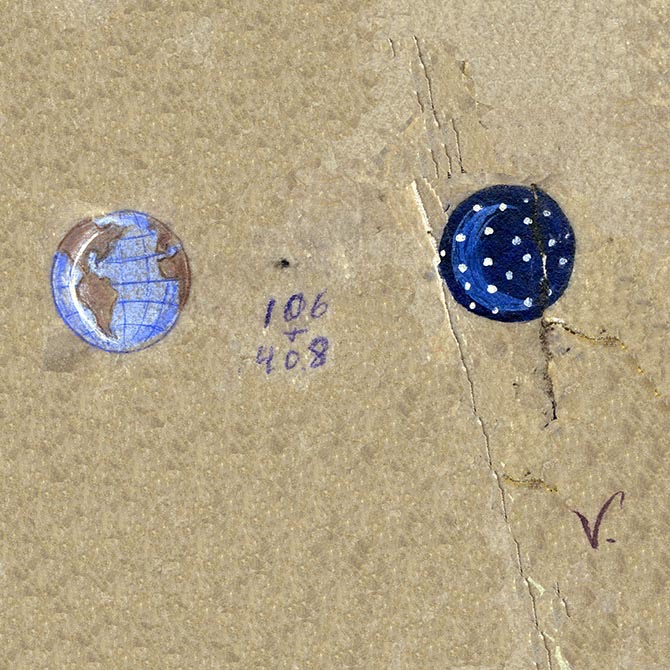 Here were ornaments of quite another kind, glowing and glittering in case after case. There was almost too much too look at.  Iconic pieces caught my eye — the curb link bracelet, the wrapped ruby heart brooch, the famous Maltese Cross cuffs favored by the likes of so many fashion doyens from Coco Chanel to Diana Vreeland and Sofia Coppola.

Every single thing was worthy of lust.

Duke Fulco di Verdura’s (1899–1978) career began Paris in the 1920s. In 1934 he moved to America, began working for Paul Flato and designing jewels for Hollywood stars including Greta Garbo and Marlene Dietrich. In September 1939, Verdura opened his own business on Fifth Avenue with the financial backing of his friends, Cole Porter and Vincent Astor. 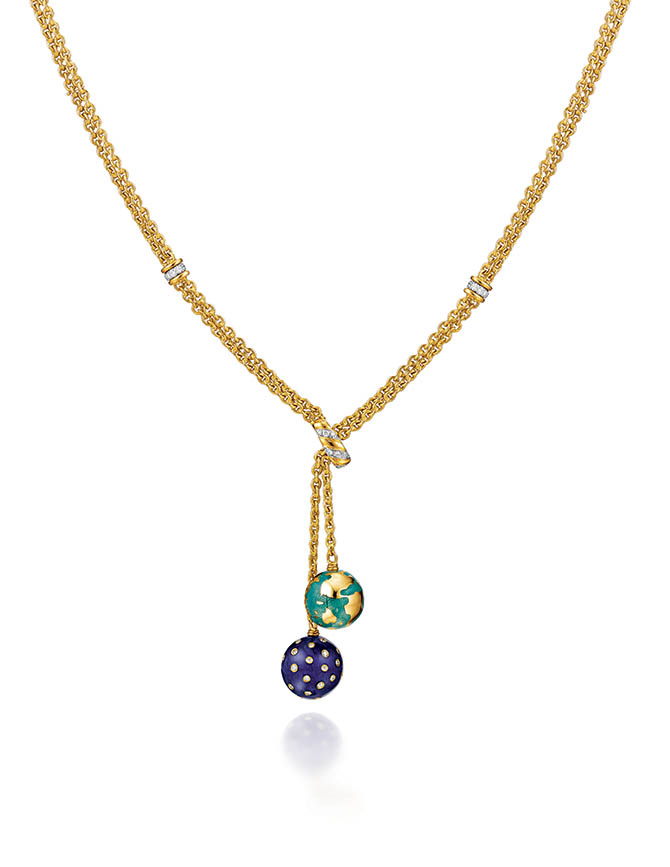 And there I was, 80 years later, on Fifth Avenue, high above Central Park, not looking at the amazing view out the window, but at the Night and Day collection of bangles, rings, earrings and a necklace. I wanted any of it, all of it but given that is was Christmas the necklace with the ornament like balls, was calling out to me.

No, not calling. It was singing out to me.

The ‘Night and Day’ lariat necklace in 18k gold and enamel is set with 70 round diamonds weighing 0.81 carats. It was based on a pair of cufflinks Verdura had made as a tribute to Cole Porter in 1939.  Inspired by the hit song from the musical The Gay Divorcee that was later made into a movie starring Fred Astaire and Ginger Rogers. Verdura used enamel and gold to depict a globe for “Day” and diamonds as stars for “Night.”

The song had already become an international sensation. In a letter to Cole, Irving Berlin wrote: “I am mad about ‘Night and Day’. And I think it is your high spot. You probably know it is being played all over. And all the orchestra leaders think it is the best tune of the year, and I agree with them. Really, Cole, it is great.”

“When you say Cole Porter, you think of ‘Night and Day,'” said singer and pianist Steve Ross in an NPR interview. “I never tire of singing it. And I loved that it resonates immediately to people. There is something very bittersweet about the first big chord of that piece… it’s a major seventh, which is half major the first three tones of the–it’s a tetra chord, meaning there are four notes in that. And the lower three are a major chord, the top three are a minor chord. When you put them together, there’s always a bittersweet feeling to that. Which was so brilliant of him to capture the equivocacy, if that’s the right word, of that longing and yearning. You know, `I know I shouldn’t do this, but I do it anyway.’ Reason is warring with passion, and that’s why that major seventh chord is so perfect. It gets into you.”

That’s how I felt looking in the mirror, missing my mom, falling in love with a storied necklace that hung so perfectly around my neck. The Verdura Night and Day is without a doubt the most perfect Christmas ornament.

For most listeners, the song’s lyrics suggest a lover’s yearning. But when I read them, they’re about me, yearning for the necklace, my newest object of lust.

Now to just get a message to Santa.

Night and day you are the one,

Only you beneath the moon

And under the sun,

Whether near to me or far

It’s no matter darling where you are

I think of you night and day.

Day and night, why is it so

That this longing for you follows