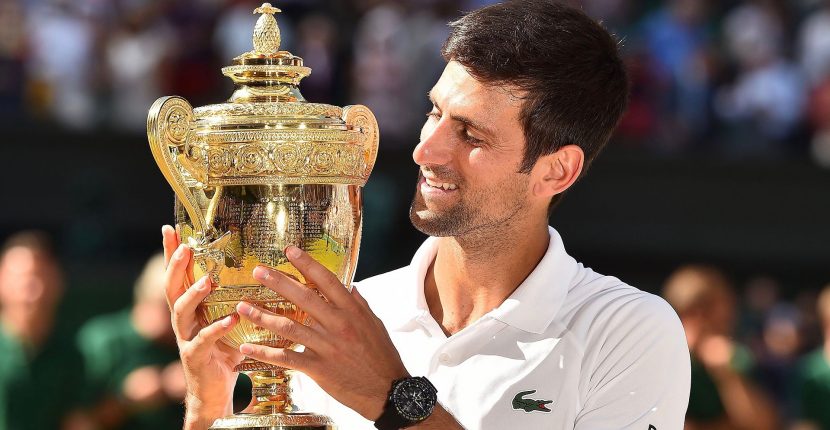 Emmet Smith of Rebus talks about working on the championship trophies

July 12, 2019—Wimbledon is a British institution, typifying the delights and eccentricities of our summer season. As the oldest of the Grand Slams the traditions of the tournament shine through in the fortnite of games such as the all-white ensembles players are required to wear, the strawberries and cream enjoyed by the fans and the grass courts that change the way the tennis is played. Considered the most prestigious tennis title in the world, Wimbledon’s trophies are the most coveted within this refined sport.

Another British institution is London’s Hatton Garden: synonymous with the best gemstone dealers, the most highly trained artisans, and treasure troves of the amazing vintage and antique jewelry. This is where you will find the workshop and sumptuous boutique of Emmet Smith and his specialist brand Rebus founded in 2006. Emmet and his concise team including three apprentices keep the old-world practice of engraving alive with a stunning array of creations including signet rings, pendants and cufflinks emblazoned with heraldic and family crests and all kinds of imaginative motifs their customers desire. 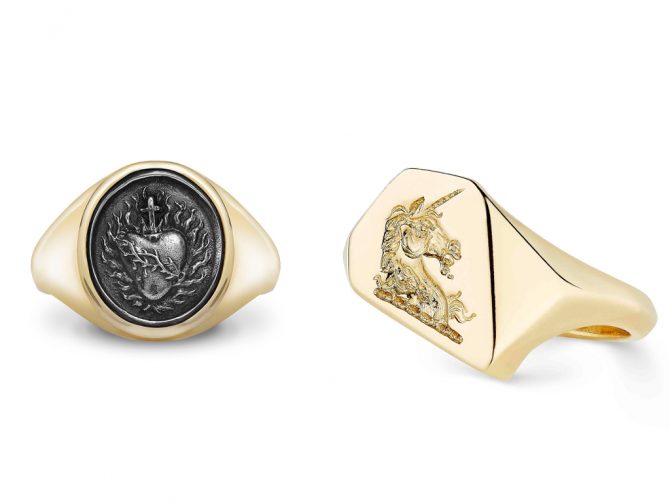 During the Wimbledon championship Rebus essentially relocates from Hatton Garden to the All England Lawn Tennis & Croquet Club at Wimbledon where they engrave the championship trophies including the Gentlemen’s Singles trophy silver gilt cup and the Ladies’ Singles Venus Rosewater Dish.

The actual trophies are the property of the All England Club’s museum. Champions take home a three-quarter size replica bearing the names of all former Champions. With new categories of the competition being added for 2019, the number of trophies totals more than 50. Each year names are added to the trophies locked away in cabinets, as well as the replicas. 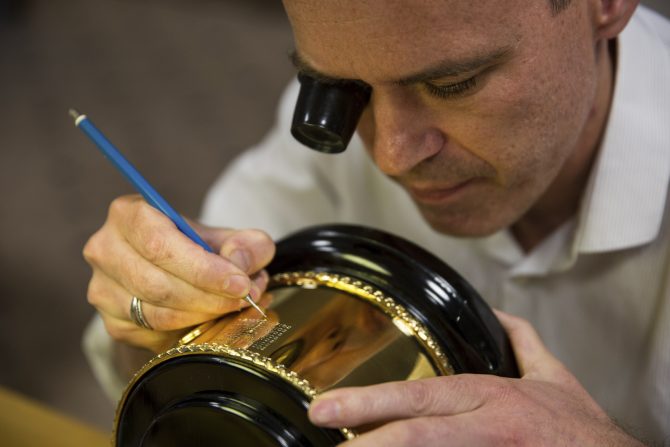 Emmet Smith of Rebus engraving “Andy Murray” on the trophy plinth after the Final of the Gentlemen’s Singles in 2016. Photo AELTC/David Levenson

“Me and my team are there from Friday to Monday, and this year for the first time there will be four of us, whereas the previous five or six years we have been a team of three,” says Emmet, whose relationship with Wimbledon began in 2013. Emmet was initially invited to help another master engraver named Roman Zoltowski who had single-handedly engraved every Wimbledon trophy for over 35 years.

Behind the scenes, the trophies are kept under lock and key, stored in a secure room near Centre Court where Emmet and his team of engravers add the winners’ names to each piece of silverware. “Wimbledon likes us to finish engraving the names between the moment the game ends and before the tennis players leave the premises – we have it down now so that the final names are added in around half an hour each.” 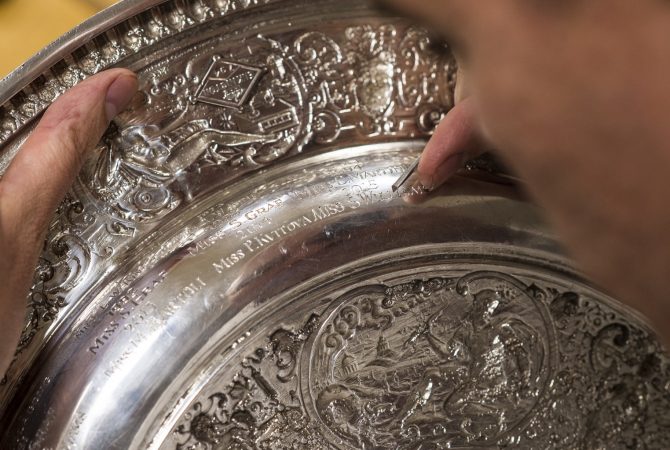 The crescendo of Wimbledon is the men’s final, and as the game draws to a close, Emmet personally begins to engrave the winner’s name on the coveted trophy. Not only is this an incredibly time precious and inconceivably delicate task, but there is a bit of added pressure to the process since it is live streamed by cameras and the world’s press who watch while Emmet works on Wimbledon’s You Tube channel.

There are very few feats that can still be achieved most accurately, precisely and efficiently by the human hand. When it comes to entertaining, be it with sporting prowess or artistic excellence, if those hands have been dedicated to a lifetime of excellence in their field, anything is possible.

Camp Jewels That Should’ve Been Worn At The MET