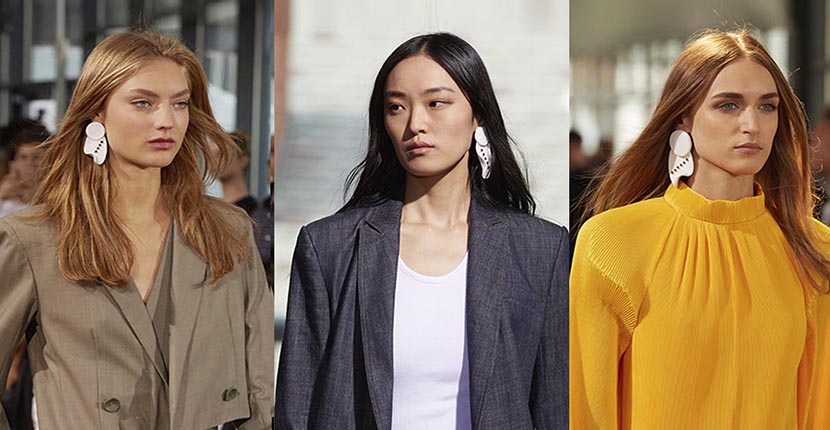 The Earring Fashion Girls Will Be Wearing

New York Fashion Week may have only just begun, but the hot earring for fashion girls in the spring of 2018 is clear.  It will be the imaginative design shown on the Tibi runway. The collection marks the third year and the sixth season the beloved fashion house has collaborated with jewelry designer Paige Novick. Every season the jewels have been sported by the big-name style stars in the fashion sphere. Anya Ziourova, Hannah Bronfman and Man Repeller’s Leandra Medine are a few who have worn Tibi x Paige Novick pieces.

Paige answered all my questions about the enduring collaboration and the new collection. 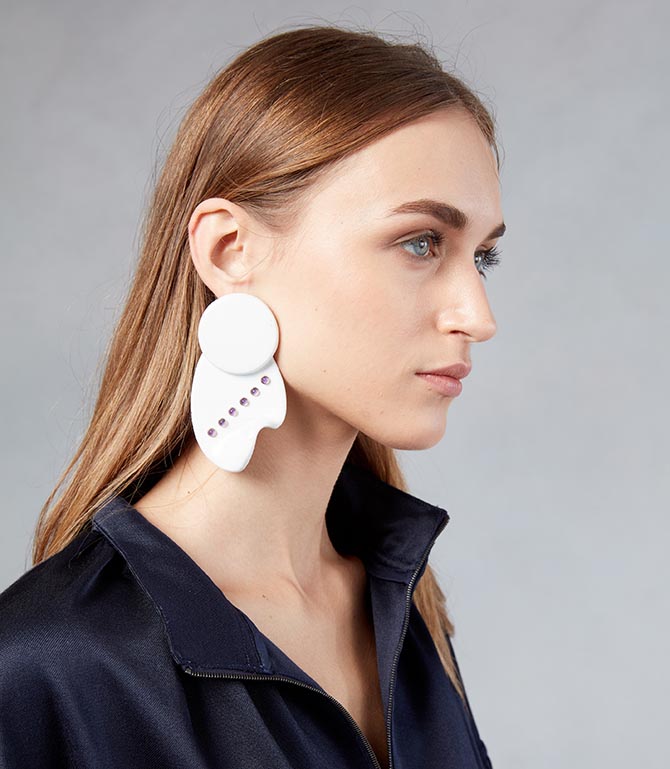 How did the collaboration with Tibi’s designer Amy Smilovic begin and why do you think it has worked so well?

We met socially at a dinner party around four years ago. Six months later she shot me an email and said, “Do you want to collaborate on an earring for a runway show?” It was that simple. We had both been ruminating on the idea of single statement earring. I think part of why it works is that both our brands have a modern clean sensibility. They both also have feminine unfussy aesthetic.

The collaboration has always been about just one earring.  Why?

Amy and I both like the asymmetry of a single earring and the modern look of wearing one. Two big earrings can be overwhelming. 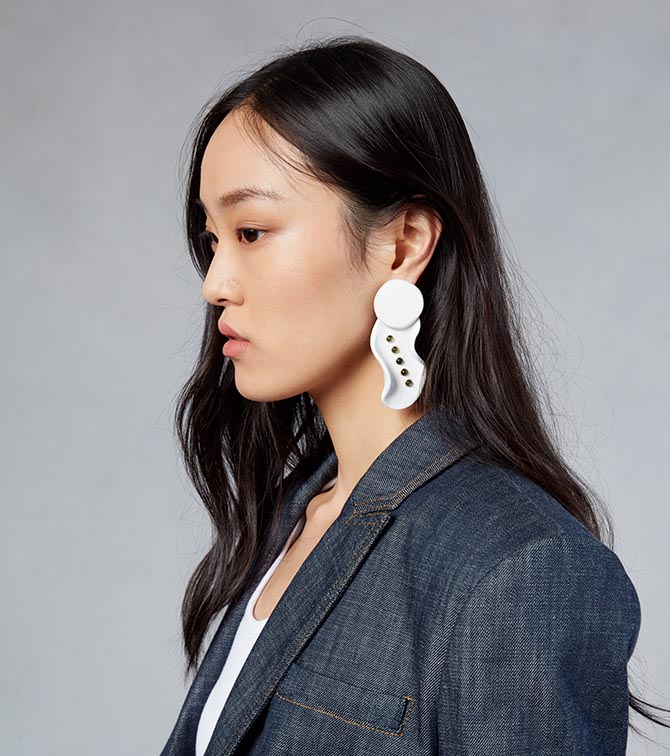 Tell me about the earring this season.

It was really a special collection. Amy discovered this ceramic jeweler named Githan Coopoo while she was traveling in Cape Town, South Africa. She brought in his bold sculptural pieces in white. Together we placed a range of semiprecious stones featured in my Powerful Pretty Things collection on the earrings. Amy liked the splashes of color and texture the stones added to the ceramic surface. I love how the gems are slanted and aligned with the shapes of the earrings. The fact that there was secondary meaning of the crystal gem therapies behind the stones also resonated with Amy.

What are the gems that you used in the earrings?

The collection is like a rainbow of hues that feel optimistic and dreamlike. There is amethyst which is about intuition. Black spinel is a grounding stone.  Pink and green tourmalines are color compliments that bring forth balance and harmony. Green tourmaline also opens up the heart chakra.

The earrings are huge. They make a major statement.

It’s true. The large sizes in the show were around 4-inches long. There is also a smaller size being produced that is around 2¼ inches long.  Yet they are ceramic so the pieces are super light and super cool.

The earrings are part of Tibi’s Spring 2018 collection.  They will be sold in Tibi stores and on tibi.com. Pre-orders may be available in six to eight weeks.

All The Jewelry In Taylor Swift’s New Video