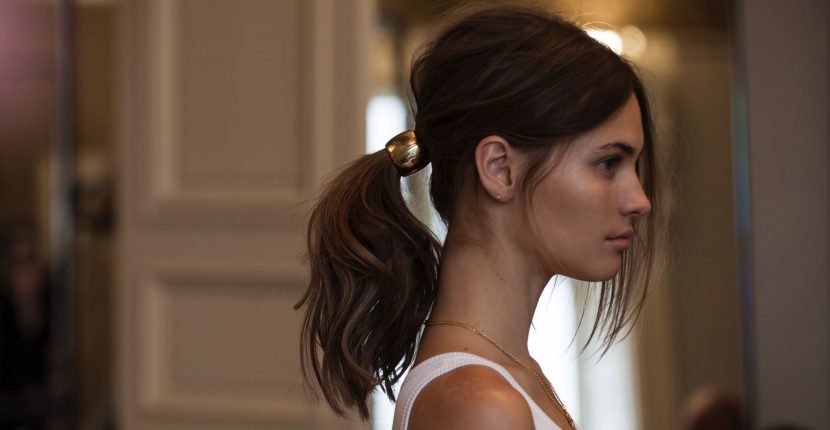 The Anti-Scrunchie Is Made of Gold

Have you heard the scrunchie is back? Well, it is. Yes, I am talking about the ‘80s hair piece Sex and the City’s Carrie Bradshaw famously dissed when her author-boyfriend wrote in his novel a New York City woman wore one. “A scrunchie?!” Those hair accessories are not only available at your local drugstore, they appeared on the Spring ’18 runway of Mansur Gavriel. There is a leather scrunchie in Balenciaga’s collection. They describe it as a hair tie on Net-a-Porter, but it’s a scrunchie. Still don’t believe me? Proof comes from those bellwethers of trends—Bella Hadid and Selena Gomez —who were wearing scrunchies last summer.

For those of you who are as alarmed as I am, you will be thrilled to learn there is a resistance movement underway. Swiss jewelry designer Suzanne Syz and French hairstylist David Mallett recently launched a hairpiece they named Bague de Cheveux. That’s French for hair ring. I call it the anti-scrunchie. The gold plated design makes your messy ponytail a minimalist style statement. 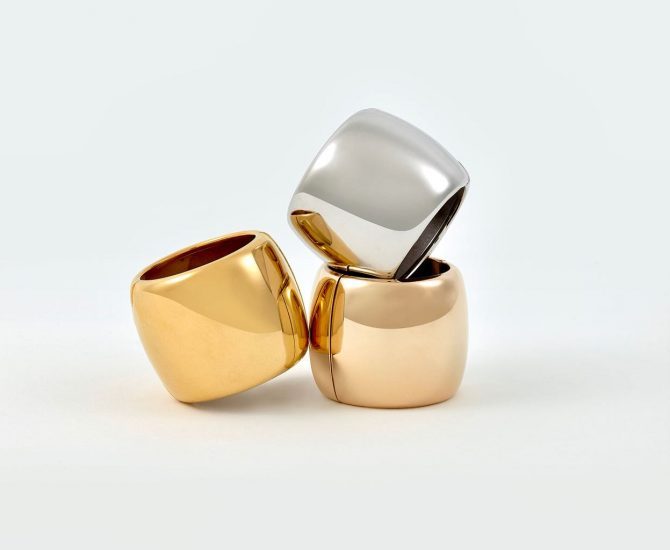 The opulent hair accessory comes in white, pink or yellow plated gold. It is available in five different sizes to fit various hair volumes. The engineering—borrowed from the watch industry—makes it easy to change the hair band on the inside of the ring. Women who are bellwethers of a different kind of chic in Europe— Bianca Brandolini and Paula Echevarria—have already been spotted in the hair jewel. Once the piece arrives stateside, it would be easy to see a stylish New York City woman wearing it. Calling Sarah Jessica Parker.

Bague de Cheveux is available at the David Mallett salon in Paris. The starting price is 680 Euros (around $840). It will be available in New York when the stylist’s salon opens at The Webster in Soho.

The Chicest Way to Carry Crystals