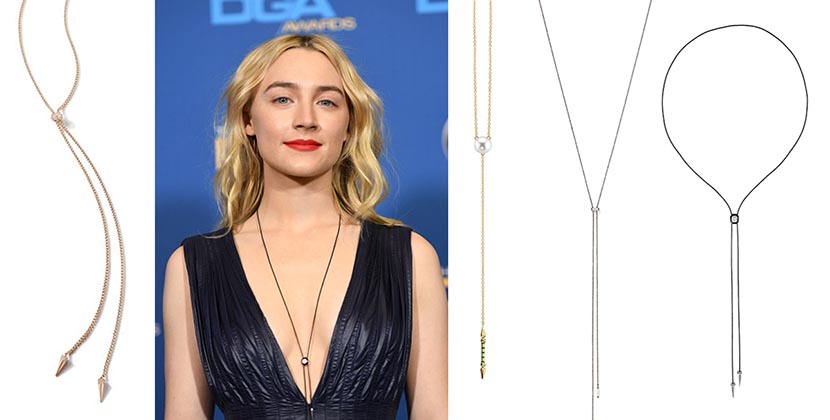 Actress Saoirse Ronan in a Nikos Koulis Bolo Necklace, on the left is a Jemma Wynne bolo necklace and on the right styles by Sarah Hendler and Eva Fehren. Photo Getty and courtesy

Lots of looks with a western vibe strutted down the runways for spring 2018. In jewelry at least one of the giddy up styles of the southwest has caught on as well. Bolo ties are being transformed into sexy, slinky necklaces.

Invented in the mid-twentieth century, according to Wikipedia, “A bolo tie (sometimes called a shoestring necklace) is a type of necktie consisting of a piece of cord or braided leather with decorative metal tips—aglets or aiguillettes—secured with an ornamental clasp or slide.” Jewelry designers have taken the parts—the slide, cord or metal tips—of the ties, which are often called lariats in fine jewelry, and made them their own using signature motifs in the elements.

Sarah Hendler said she likes the silhouette because, “It’s easy to wear with anything.” True enough. Just a couple of weeks ago at the 70th Annual Directors Guild of America Awards, a spectacular diamond and cord style by Nikos Koulis was worn by Saoirse Ronan with a metallic Calvin Klein dress. In Molly’s Game, Jessica Chastain put on a rose gold and diamond bolo Possession pendant from Piaget to accent her bombshell style as a hostess of high stakes poker events.

See these jewels and some other beautiful bolos below. 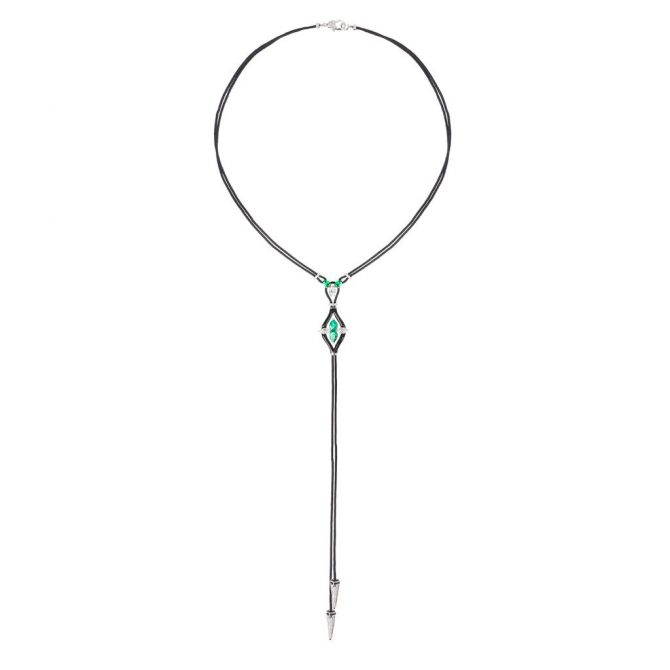 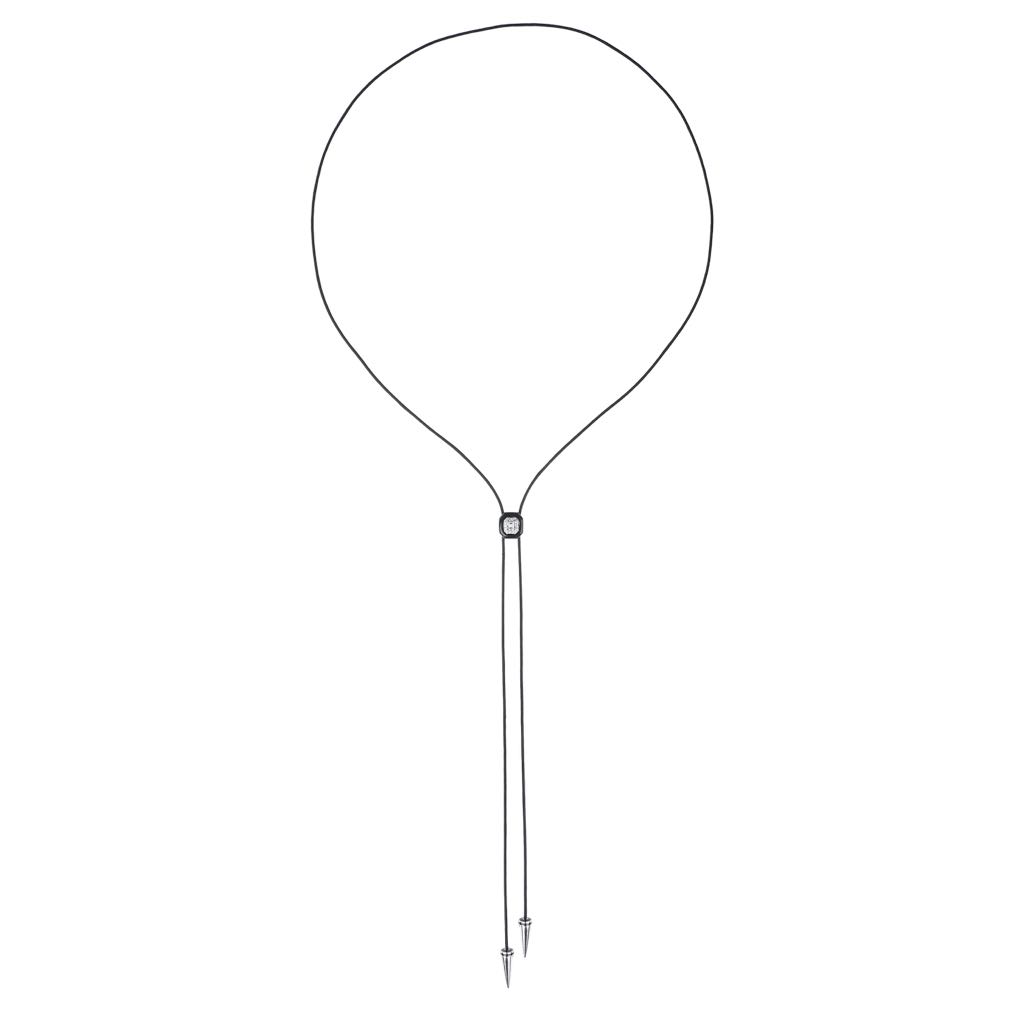 Nikos Koulis Oui Laiat of cord and set with diamonds. 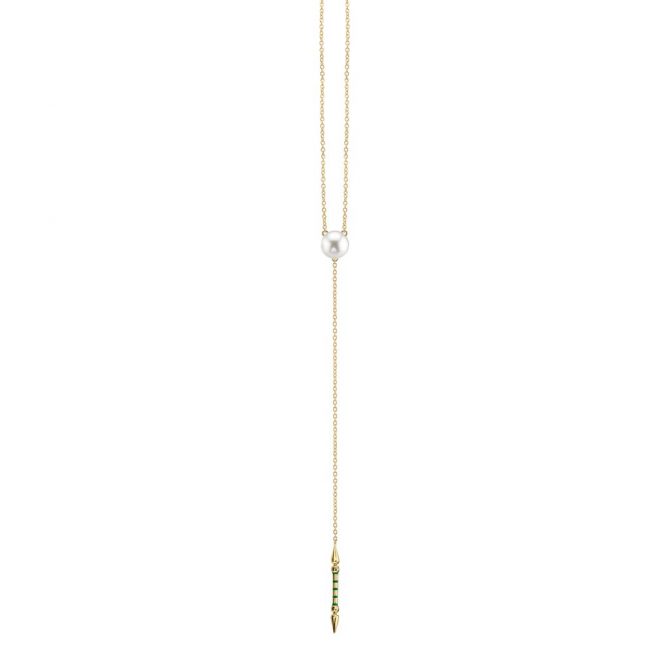 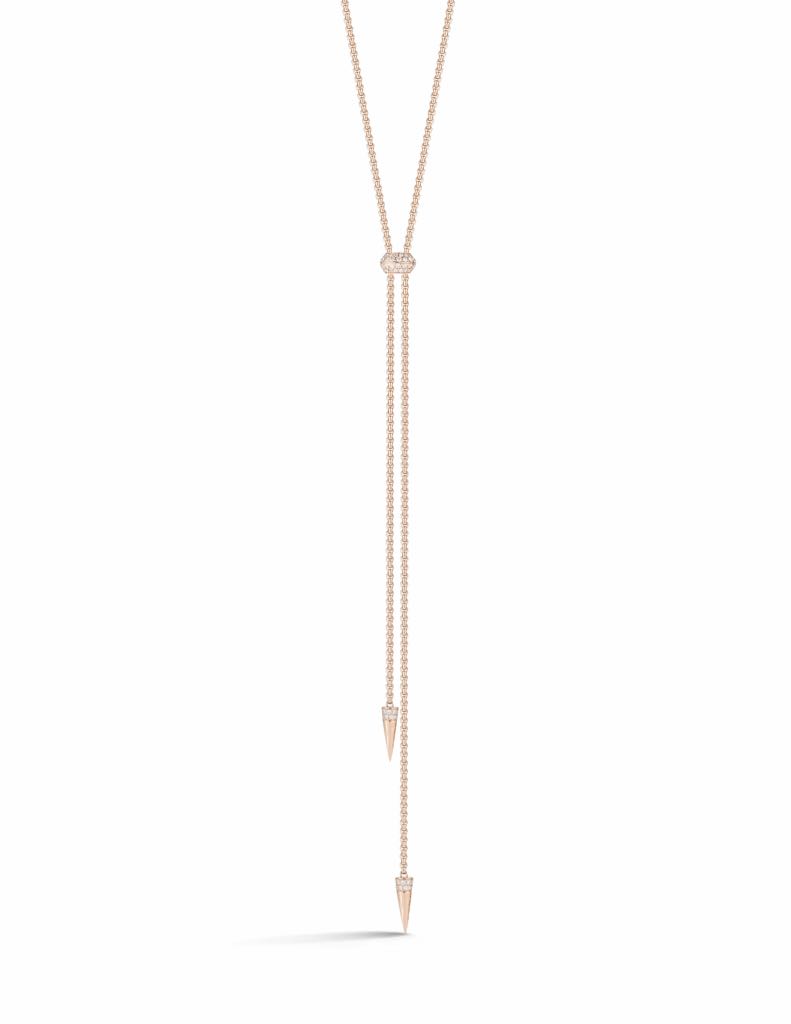 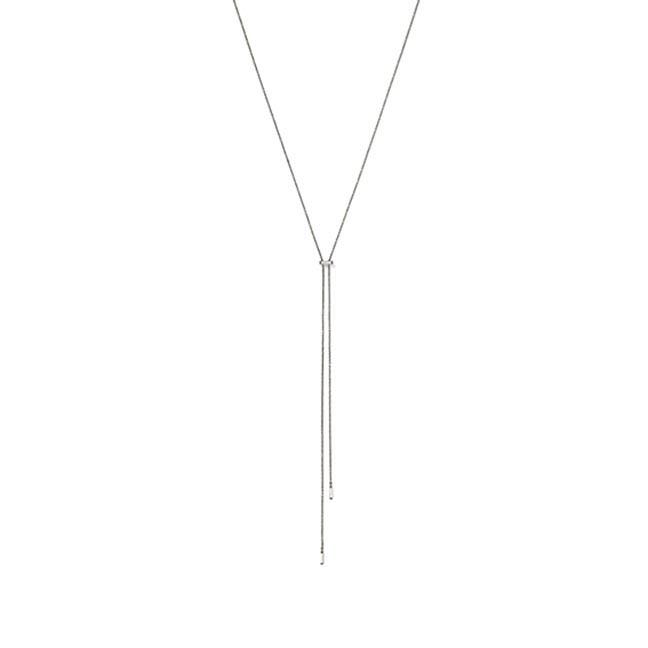 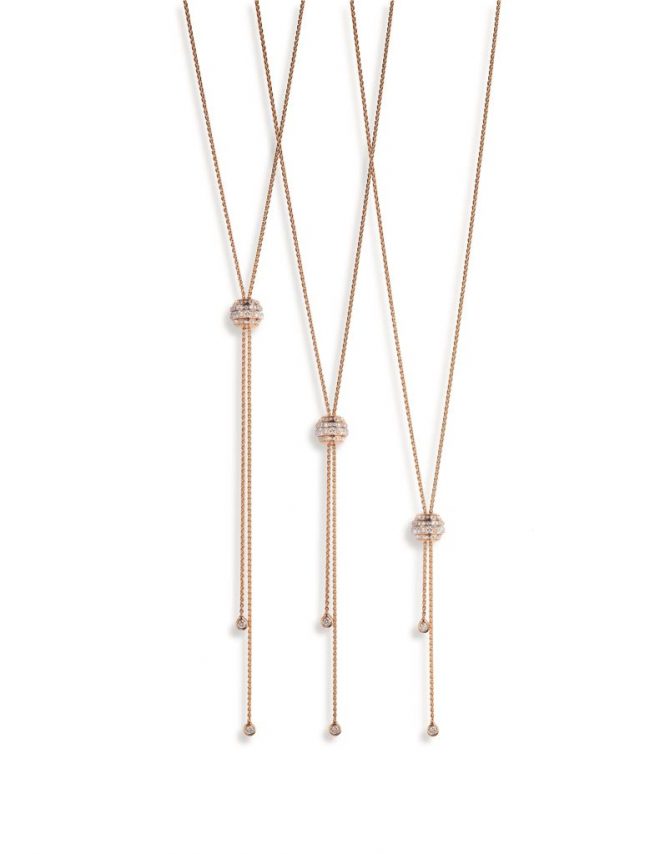 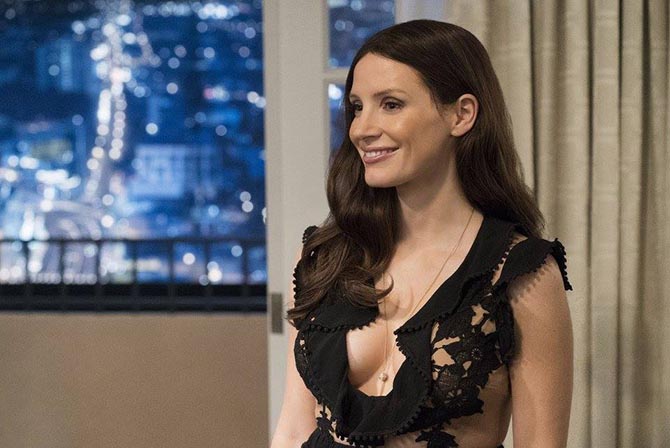 Celebrate the Year of the Dog with Jewelry