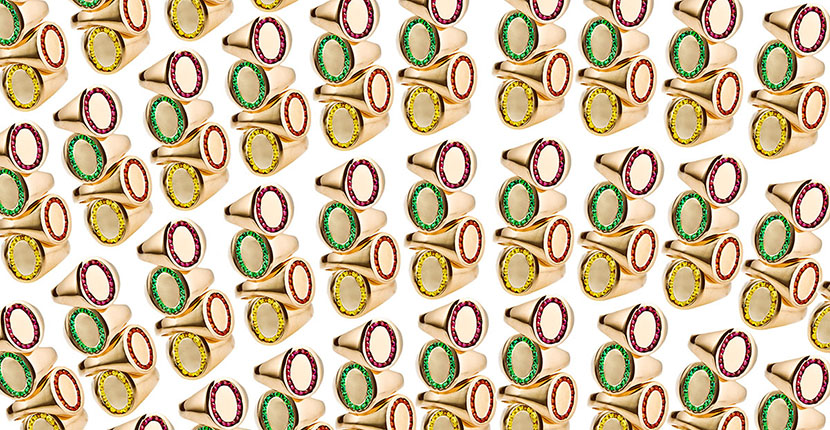 Designers Have Revamped the Vintage Look 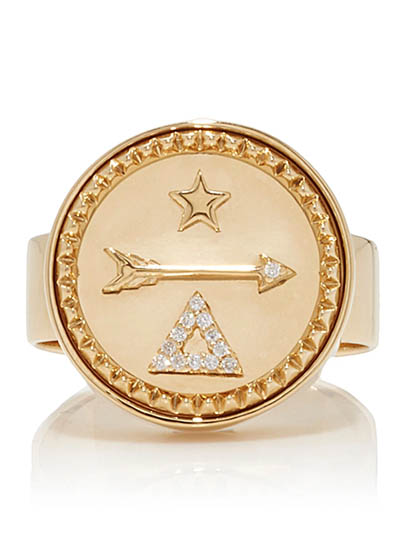 Of course, I know signet rings have been around for a while.

The fact of the matter is they have been around since the dawn of civilized time. Yet they are one of the vintage styles, like antique earrings, that are inspiring designers again. Before reviewing the newness, let’s take a step back to lightly go over the history.

Signets were originally a men’s form of jewelry and an official one at that. The signet—seal or family crest—on the center of the jewel was pressed into wax on letters as a signature. They were usually worn on the pinky so they could be removed easily to make the imprint. The motif was designed in reverse in order to appear in the right direction on the letter. The rule for how to wear a signet was with the motif facing the gentlemen. Even after the need for the official stamp disappeared the signet ring has remained among the small handful of jewels consistently popular with men.

The traditional forms on signet rings have been tossed by imaginative women’s jewelry designers. The trend that started about three or four years ago when David Yurman began making pinky rings with a signet silhouette has evolved into something that is playful, stylish and personal.

Jessica Biales has cheerful Candy Signet Rings set with bright gems in her collection. She has also played off the French Breton stripe shirt beloved by Brigitte Bardot with the enamel and gold rings in her Classic Stripe Signet group.

Foundrae designer Beth Bugdaycay has transposed her unique language of amulets on to bold signet rings.

New designer Kirsty Stone of Retrouvaí has a menagerie of symbolic creatures in her capsule collection of signets. There is an owl, a heraldic lion, a unicorn and my favorite a flying pig.

Retrouvaí is a Name You Need to Know