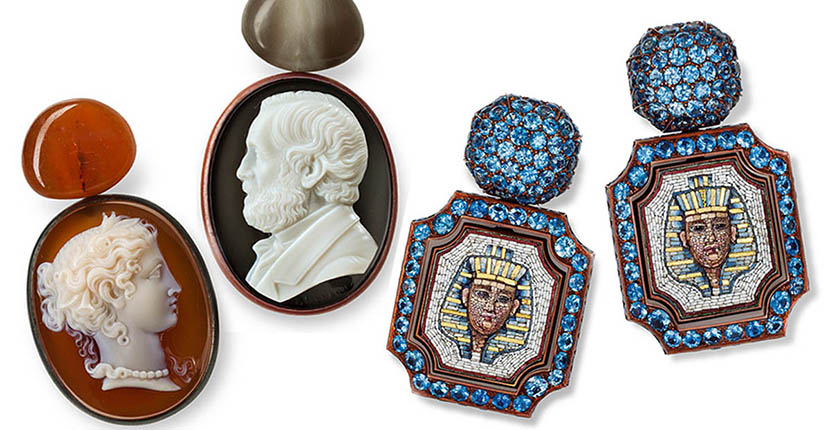 This March marked Hemmerle’s 20th anniversary exhibiting at TEFAF Maastrict, an art fair long considered among the most important in the world.  The presentation, which takes place in a tiny Dutch town near the French and German borders, features booths filled with Old Master paintings, ancient sculptures, tribal art, and modern masterpieces.  Hemmerle was one of the first jewelry houses to participate in the annual fair, and they are one of only seven jewelers, alongside Van Cleef & Arpels and Wallace Chan, who have been granted their own booth.

Though some of the jewels that are shown at TEFAF look out of place among the seventeenth century portraits, antique objets d’art, and contemporary works that fill most of the booths at the fair, Hemmerle’s artful designs fit in well.  Eschewing the traditional combinations of strictly precious gems and metals, the innovative jewelry house instead has become known for setting antique items such as cameos and micromosaics in unorthodox metals for fine jewelry including iron and copper.  When Hemmerle uses diamonds, the gems are not set in classic silhouettes like a rivière or a tennis bracelet.  Instead, Hemmerle’s craftsmen mount the precious stones in bold jewels made with metals like brass or colored aluminum.

The Hemmerle earrings on the left feature sapphires, demantoids and zircons set in bronze and white gold. The gems in the top portion of the jewel are set upside down with the point of the cutlet of the stone facing out. The Hemmerle diamond studs on the right are set in aluminum and white gold. Photo courtesy

Founded in Munich in 1893 by brothers Joseph and Anton Hemmerle, the company was soon thereafter appointed as a Purveyor to the Bavarian Court.  It crafted Art Nouveau jewels for Ludwig II of Bavaria and other aristocratic German families.  Today, the business is run by the grandson of one of the founders Stefan Hemmerle, his wife Sylveli, and their son Christian and daughter-in-law Yasmin.

Located on Munich’s Maxmilianstrasse, Hemmerle’s headquarters have been in the same building since 1904.  The 124-year old jeweler continues to utilize centuries-old German and Austrian techniques yet its new creations are on the cutting edge.  The house is especially known for its use of unconventional materials, frequently setting antiquities and rare gems in metals like brass, iron, and aluminum.

Stefan first began utilizing these metals in 1995.  His initial inspiration was a client who wore nineteenth century Berlin iron jewelry.  The cast iron bijoux was given to patriotic Germans who donated their gold jewels to fund the War of Liberation, a battle with Napoleon’s French army from 1813 to 1815. 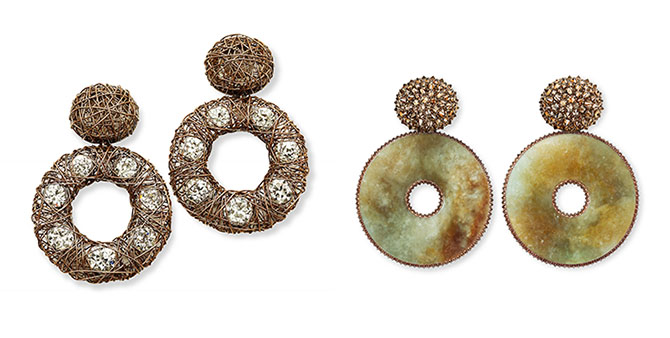 Stefan continues to experiment with new methods of setting gems.  This year at TEFAF, Hemmerle debuted jewels with diamonds wrapped in copper wire.  To create the earrings the craftsmen at their workshop first set the diamonds in wax molds, meticulously wrapped them in wire and then melted the wax, leaving behind a pair of nearly weightless jewels.

The combination of vintage cameos set in a bronze and white gold accented with diamonds seen in this bracelet is the type of vintage and modern mix Hemmerle is known for. Photo courtesy

Also exhibited at the fair were a selection of bold earrings composed of delicate cameos and micromoasics placed in strikingly modern settings composed of brass, copper, and geometric reverse-set diamonds. Though every piece that Hemmerle produces is one-of-a-kind and they refrain from creating jewels that even resembles a previous work, pieces like these, which meld the old and the new, have become one of the company’s signatures.

It is this play of contrasts that makes Hemmerle’s jewelry so special, because few other jewelers have the ability or wherewithal to combine gems, metals, and other materials (past pieces have included stones found on a riverbank and ancient fossils) in such an artful way.  It is no surprise that Hemmerle jewels have entered the permanent collections of many museums, including London’s Victoria & Albert Museum and New York City’s Cooper Hewitt, where they fit in perfectly.